THE PROVEN ONES Wild Again 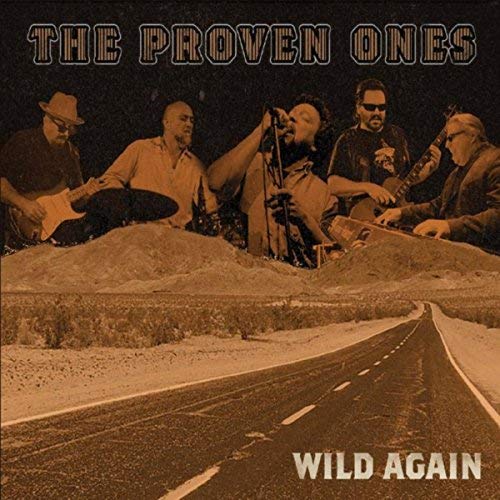 Album Review for The Proven Ones – Wild Again.

That’s Proven Ones in the sense of proven track record – drummer Jimi Bott and guitarist Kid Ramos are both former Fabulous Thunderbirds, and other band members have a host of awards and other credits to their name. And on this 10-track outing, half and half originals and covers, they live up to their credentials big time.

A surge of B3 from Anthony Geraci heralds the opening R’n’B blast of Cheap Thrills, augmented by crunching guitar chords from Ramos, and a rock solid bottom end from Bott and bassist Willie J. Campbell, while Brian Templeton weighs in with gutsy vocals. And that’s just the start.

The cream of the crop is the penultimate track, a cover of Fenton Robinson’s 1967 slow blues Loan Me A Dime. Over 11 minutes of stunning intensity, washes of sombre organ underpin guitar from Ramos that shifts from fluidity to attack, while Templeton adds to the dynamics with emotional, soulful vocals.

Along the way they funk it up on City Dump, featuring a wailing sax solo from Renato Coranto before Templeton brings some James Brown-style pleading on an amped-up version of Fats Domino’s Don’t Leave Me This Way on which Ramos’s guitar practically talks.

Fleetwood Mac’s If You Be My Baby features reverb-heavy, pinging guitar over woozy barrelhouse piano, while both Geraci’s Why Baby Why and the Kim Wilson co-write Right Track Now venture into Stax-soul meets R’n’B territory, with horns adding to the big sound.

Road Of Love starts haltingly, builds with a rolling riff and tough horns and organ, and allows Ramos to show off his slide chops before Templeton’s muscular, Stevie Nimmo-like vocal competes with a fuzzed-up guitar on the mid-paced title track.

The curtain falls with a bright but dreamy reading of the Beatles’ Don’t Let Me Down – with tripping drums from Bott, it gets increasingly blissed out as Ramos layers sparkling guitar fills on top of each other.

The whole shebang benefits from top-notch recording and mixing courtesy of Bott, not least in the form of a whopping drum sound.

For More Info – The Proven Ones