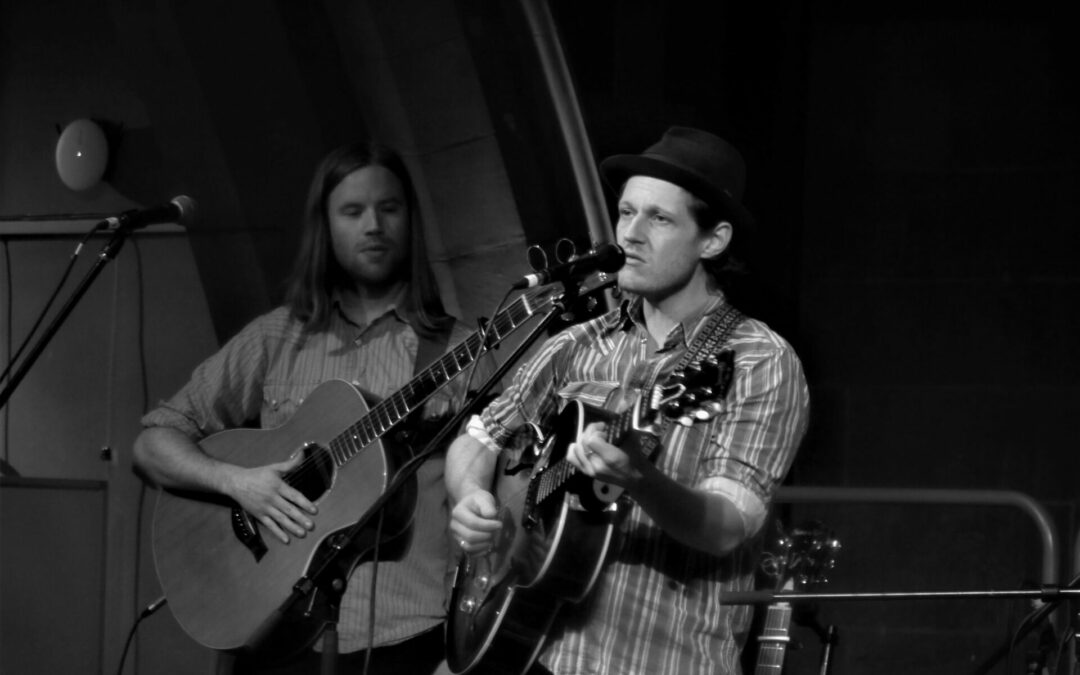 The talented John Martyn Project did sterling service to the late Scottish singer songwriter’s oeuvre of work when they appeared at the Hub at St Mary’s on October 1st.

The setlist for the evening took music from Martyn’s classic 1973 release Solid Air, as well as more up to date music, with a light show that matched the music, and the ambience that St Mary’s provides, both aesthetically and acoustically.

The ensemble of vocalist Blythe Pepino, Kit Hawes on guitar and mandolin, Pete Josef on guitars, keyboards and vocals, Sam Brooks, guitar, vocals, and the strong rhythm section of John Blakely and Jon Short all worked hard to let the music breathe, whilst adding their sonic signatures.

The concert started with the chamber jazz sound of Solid Air, a song that John Martyn wrote for his friend, the ill-fated Nick Drake, whilst Go Down Easy was a more raucous affair. Blythe Pepino sang a well-received Fairytale Lullaby, and the jazz chords and keyboards of One Day Without You were well delivered. The first set was closed by one of John Martyn’s best-loved songs, May You Never, sung from the front of the stage, off-mike, with Kit Hawes’s dextrous acoustic guitar, and harmony vocals from the band adding to the message of friendship and platonic love that the song embodies.

The second set looked at the more experimental side of Martyn’s work. I’d Rather Be The Devil featured the echoplex sound that had been an early, and important part of Martyn’s career playing folk clubs in Scotland, his arrangement of the traditional song Spencer the Rover was sung and played by Pete Josef, his ragged voice matching the sentiments of the song perfectly. Bless the Weather and Couldn’t love you More were well played and performed, but the highlight of the second set was the closing song, I Don’t Want to Know, which started with the folk keyboard and guitar parts, before the drums and bass kicked in, taking the song off in an unexpected direction.

The encores featured a melodic reading of Joni Mitchell’s A Case of You, and Over the Hill was another off-mike excursion, giving the folk elements of John Martyn’s sound space to breathe, with Kit Hawes lively Mandolin, and the harmony singing of the rest of the band ending this fine display of musicianship in great style. The standing ovation was truly well deserved.