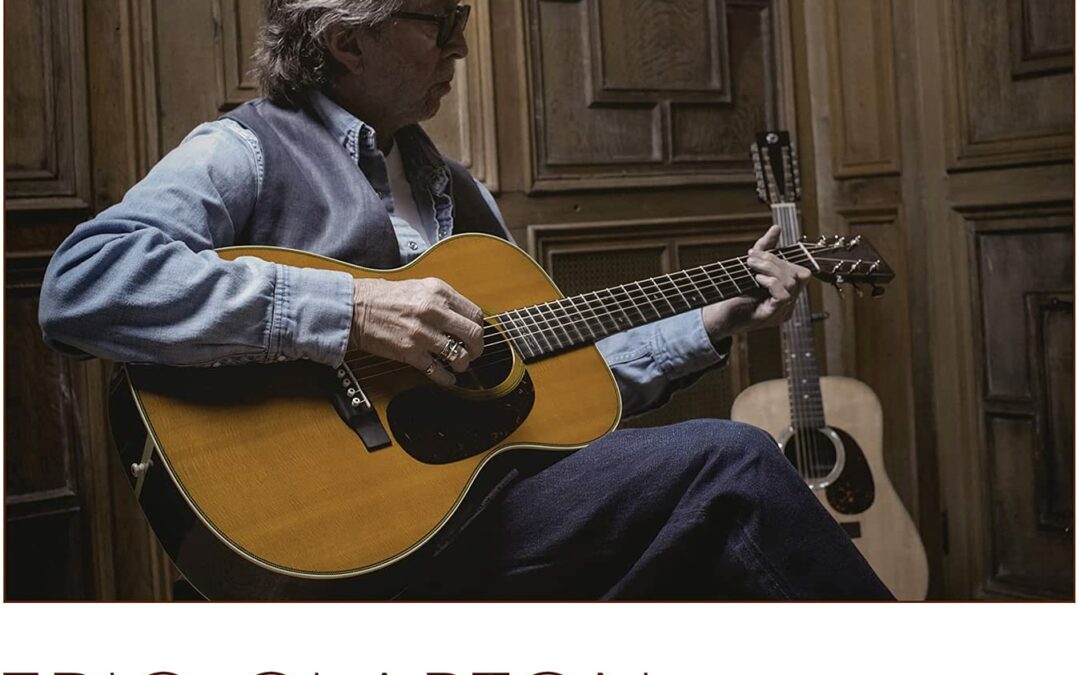 Eric Clapton
The Lady in the Balcony: Lockdown Sessions
Mercury

Anything new coming from Eric Clapton will inevitably generate enormous global interest. With ‘Lady in the Balcony’ Clapton settles in a Sussex country house with a few of his band to record an eclectic range of modern blues material ranging across material from his live sets, previous album releases and a few unexpected tracks. Almost all are delivered with Clapton picking acoustic guitar, leading to inevitable comparisons with his previous highest selling, ‘Unplugged’ album from 1992, a standard popular perennial.

The project was initiated as the result of the forced cancellation of Eric Clapton’s concerts scheduled for May 2021 at the Royal Albert Hall due to the continued disruption caused by the pandemic. Looking for a viable alternative and hoping to keep his options open, he reconvened with his band to the English countryside and staged a concert in the presence of only the participants themselves while letting the cameras roll. (Clapton’s wife Melia, the sole outside observer inspired the Sessions title.) The mostly acoustic set was envisioned to be like an Eric Clapton Unplugged II, but not quite, as three songs are played with electric guitars. The result became far more than simply a sequence of greatest hits. Rather, it’s one of the most intimate and authentic performances of Clapton’s entire career, an offering flush with real insight into the make-up of his indelible catalogue.

With bassist, Nathan East, drummer, Steve Gadd, and Chris Stainton on keys, Clapton turns out a delightful pared-back, stripped-down set of tracks that should please most of his fans. Songs include, Layla – ever a favourite; JJ Cale’s, After Midnight; Key to the Highway; Tears in Heaven, Nobody Knows You When You’re Down and Out, and a couple of tribute tracks to the late Peter Green with Black Magic Woman and Man of the World. Overall, with a few electric flourishes – here played on a hollow-bodied Gibson rather than his trademark Fender Strat – that produce a lighter, almost jazzy feel at times, The Lady in the Balcony is another strong offering from Clapton and one that is pretty well guaranteed enormous success internationally.