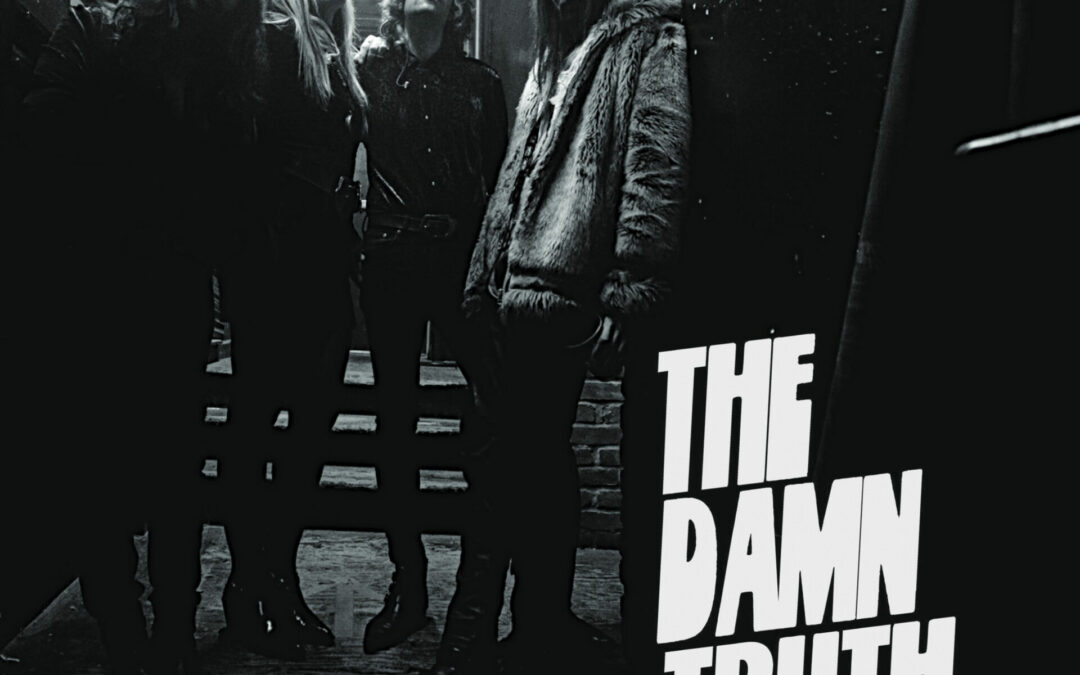 The Damn Truth – the critically acclaimed Montreal-based four-piece rock band, have announced they will release “Only Love” – their captivating new single on Friday January 14th. The single is accompanied with a colourful and innovative music video.

The single and album are available from www.Linktr.ee/thedamntruth

Says TDT’s lead singer Lee-La Baum, “The lyric, only love can keep us going, serves as a reminder that things during the pandemic are challenging, and hardships are everywhere, but if every day has a new morning and we consider every morning a new beginning, then why shouldn’t love guide it?”

“When Bob first heard Only Love on the first day at The Warehouse (Bryan Adams’ studio in Vancouver, Canada), he liked it right away but wanted us to try to speed up the tempo. Only Love started out as our only ballad on the record, but Bob had a slightly different vision. He basically sent us into the studio, and said: ‘Just give it a try, don’t think, just play it. We’ll know right away if there’s something there’.”

Continues Lee-La, “We played the song at almost double the speed, it felt rushed and awkward, but after laying down the take, we filed into the control room and listened back. It was undeniable. There seemed to be magic to it now.”

The Damn Truth embark on a 13-date UK tour kicking off at the York Grand Opera House on February 10th and finishing at Southampton the 1865 on February 25th.

In addition to the Damn Truth supporting King King on various dates in February 2022, the band will also headline their own shows including Leek Foxlowe Arts (Feb 13), Leeds Lending Room (Feb 15), Bristol Exchange (Feb 16), and Southampton The 1865 (Feb 25).

“Touring the UK will make us the happiest, most excited creatures,” says the band. “The four of us are meant to be on the road, together, for life. That’s where we thrive, where we are whole. Nothing compares to life on the road and if we can just make it over there, we can begin to live and love again.”

Tickets are available from www.thegigcartel.com/Artists-profiles/The-Damn-Truth.htm.

The first single from the album, This Is Who We Are Now, took flight in the UK with twelve weeks of airplay on Planet Rock and a spot play on BBC Radio 2’s Rock Show with Johnnie Walker. The single also won Classic Rock’s Tracks of the Week an unprecedented two times.

“We’re looking forward to touring the UK,” says lead singer and guitarist, Lee-la Baum. “Last time we played the UK was a one-night banger in London that left us wanting for more. We cannot wait to come back and hit the road in the UK.”

“The Damn Truth are a fresh revivalism of the psyche music scene from the mid 60’s,” says Jeff Laufer, editor of the Californian blog, Rock Bands of LA. “Critics and fans alike praise the regeneration of their hard rock sound and values.” “Bob Rock found a spirit within the band that he hadn’t experienced for many years,” continues Jeff. “He saw something special… a band with burning talent that needed the right direction to break wide open…like lightning in a bottle.”

“Now or Nowhere” chronicles the band as they navigate life, love, and everything else in a world gone seemingly upside down and sideways during the past year. The band were unable to finish the album with Bob because of COVID-19 restrictions. They recorded the remaining three songs themselves, with help from Juno Award-winning producer Jean Massicotte who mixed “Everything Fades”. The rest of the mixes were done by Vance Powell (Jack White, Chris Stapleton), Nick DiDia (Bruce Springsteen, Rage Against The Machine), and Mike Plotnikoff (Van Halen, Cranberries).

The Damn Truth have toured Europe and North America and opened shows for ZZ Top (and partied with Billy Gibbons in his pyjamas), the Sheepdogs, Styx, and Rival Sons.

They sold out the Whisky a Go-Go in L.A., and the Corona Theatre in their hometown of Montreal, and had one of their videos featured on the official Janis Joplin Facebook page. It’s a culmination of a lot of blood, sweat and tears that’s come to fruition with “Now or Nowhere”.

For the past nine years, The Damn Truth have been slowly bubbling up from the underground on to the radar to a wider audience. Now, with their latest single “Tomorrow”, the forward-thinking, peace-loving Montreal rock and roll quartet are ready to conquer the world. 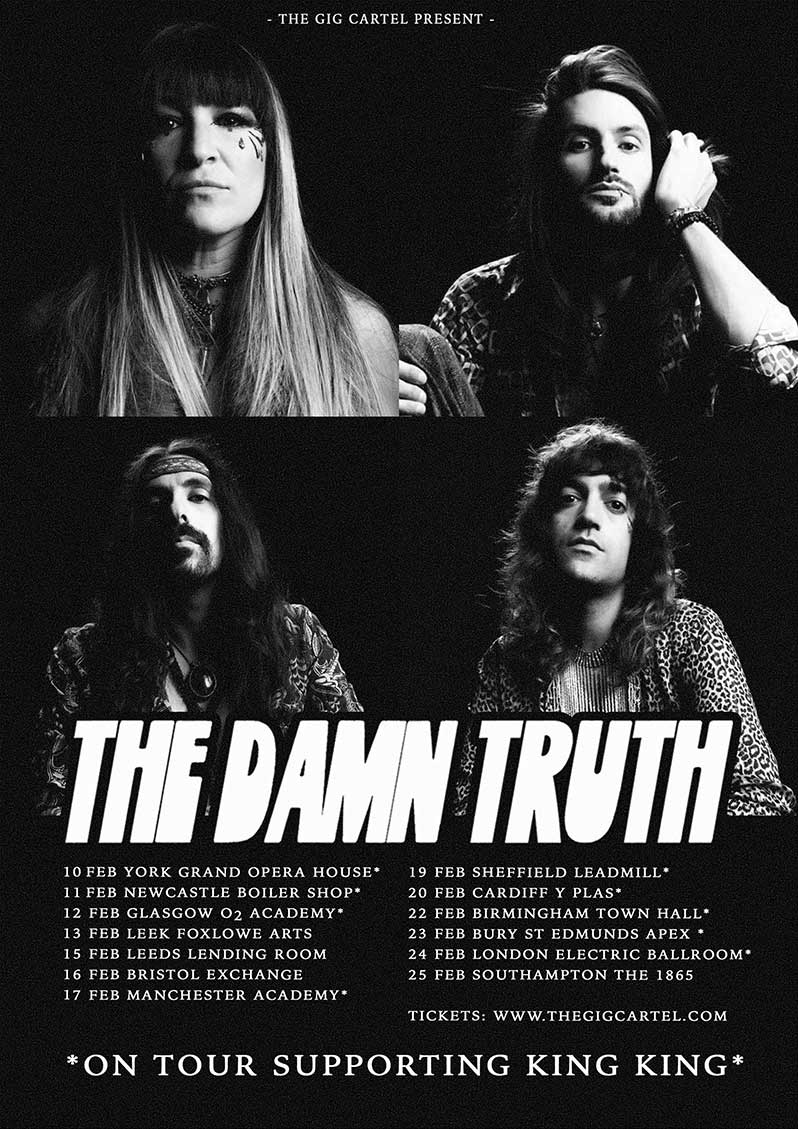