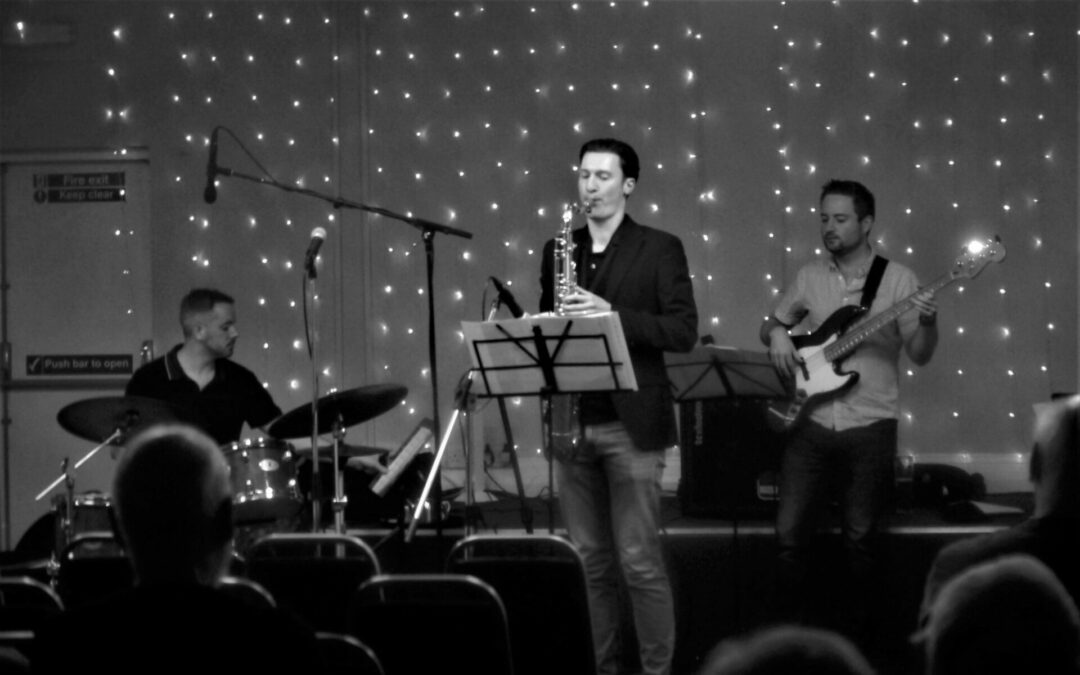 The talented tenor saxophonist Callum Roxborough led a stripped-down quartet through an exciting set of jazz standards and an original number when he opened Lichfield Jazz’s Autumn 2021 season.

With a rhythm section of drummer Dave Tandy, bass player Nick Dewhurst and guitarist Tom Morgan, the lack of a piano gave the music more air to breathe and develop.

Jazz standards such as Autumn Leaves and The Nearness of You were lessons in refinement and minimalism, with the burnished Tenor tone and the Grant Green and Ronny Jordan influenced guitar parts being particularly inventive. Duke Ellington’s C Jam Blues had a strong groove, but the highlight of the first set was undoubtedly a fine Saxophone and guitar rendition of Kenny Barron’s People Time, a lesson in musical understatement. The set closed with Slow Boat To China, a number that gave the rhythm section many fine solos.

Other pieces that were played included Kenny Barron’s Voyage, a medley of Desafino and The Girl from Ipanema. The pace was lifted for a rousing version of Sunny, which featured Tom Morgan’s guitar at the forefront of the arrangement. The fun closing number was It’s a Sharp, an original piece by Callum Roxborough which allowed for both audience participation and some great soloing and ensemble playing from all of the ensemble.
Lichfield Jazz’s next gig is Vintage Rhythm Collective, who are performing at the Cathedral Hotel on Wednesday, October 20th.