THE B.B. KING BLUES BAND – The Soul Of The King 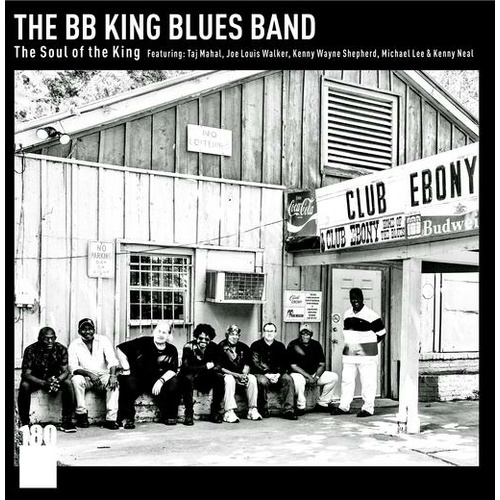 Album Review: The B.B. King Blues Band – The Soul Of The King

An assemblage of The B.B. King Blues Band members and guests celebrating the great man and his music. The Hoax, of course, celebrated Riley King a few years back on a terrific album and it is pleasing that this set in the wake of his passing shares the fiery spirit of that record. The guests could hardly be more appealing on this release.

They ‘get’ King and don’t let natural respect spoil the fireworks.

Irene Irene starts the programme with a fat horn blast and slick guitar from our friend Kenney Wayne Shepherd, steady bass and a confident vocal from Russell Jackson.

You couldn’t get more authentic than this! It’s relaxed but exhilarating, and what was B.B. himself? On to Sweet Little Angel which has singing, harp and guitar from Kenny Neal, no less. An almost sleazy tempo gives Neal space to work. For me, it’s a little too close to the original on that live B.B. album. Always the danger with tribute records. Neal’s guitar tone is splendid and his playing fluid and soulful.

There Must Be A Better World Somewhere brings Diunna Greenleaf to the mike and a languid sax adds a late evening vibe to the performance. Beautiful warm keys just add to the mellow feel. Are Mary Griffin and Taj Mahal going to be outshone on this collection? Of course not and Paying The Cost To Be The Boss has all the bounce and spirit that B.B. brought to the song. The band rocks on with the horn blasts fitting in just so. The only shame is that Taj didn’t grab a harp! Eric Demmer turns in a fine sax break.

Low Down is from the band’s pens and with Kirk Joseph’s tuba mines that syncopated Noo Awlins sound with pattering second-line drumming and skittering trumpet from Lamar Boulet. Jackson sings this with conspiratorial intent.

On to Taking Care Of Business with Russell Jackson on lead vocal. The pace is funky indeed, guitar here by Wilbert Crosby and overall a Crusaders vibe rules.

Becoming The Blues is old-timey blues taken slow with Neal on back porch acoustic harp. The tempo picks up a couple of minutes in.

Hey There Pretty Woman is a horn-spattered moody piece, by far my favoured track if maybe more Freddie than B.B.! James Bolden takes the vocal and sure has his own style on this cut and the next one.

Bolden sings Pocket Full Of Money with an almost Sinatra insouciance but his own phrasing. He really does shine on this collection.

The Thrill Is Gone is led by Michael Lee on vocal and guitar and closes this programme. It’s a light-funk edition and quite good.

“After being with B.B. for thirty-five years, this band lives and breathes his music. It has become part of them “ says one of the producers, Terry Harvey. He’s not wrong!