TERRY HANCK I Still Get Excited 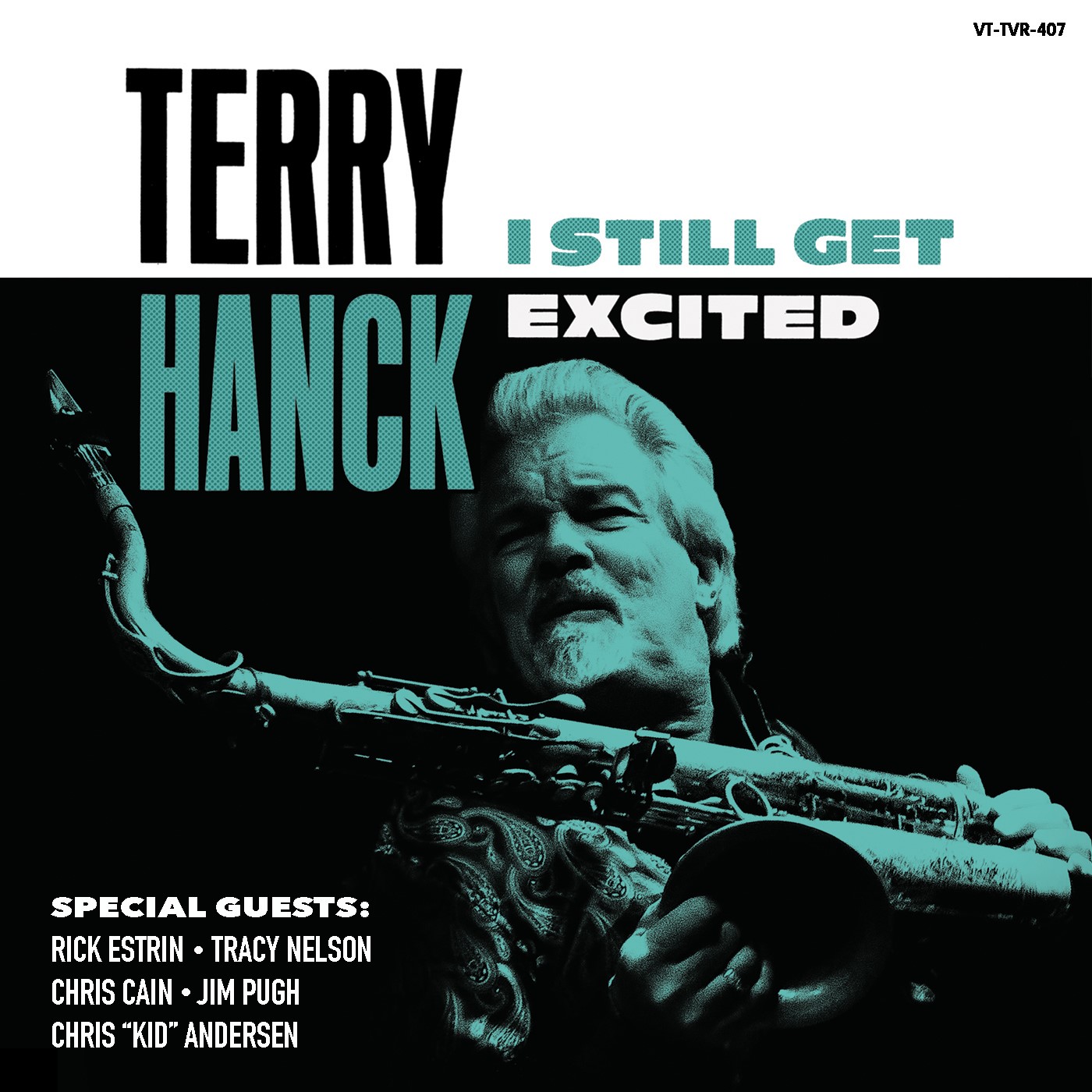 Album Review for Terry Hanck’s I Still Get Excited.
Released via Vizztone Label.

Terry Hanck is a three-time BMA winner for his sax playing and on his latest disc, he demonstrates what a versatile player he is, as the music includes elements of New Orleans, Rn’B, blues and jazz.

Recorded at Kid Anderson’s Greaseland Studio, the disc has five originals and six covers, Terry handling the lead vocals and sax with his regular band plus guests including Rick Estrin, Chris Cain and Tracey Nelson.

The title track leads the way with great rock and roll piano from Jim Pugh and amusing lyrics about getting older but still relishing what life has to offer.

In complete contrast, Smooth Tyrone tells the tale of a sax player who always steals the girls, Johnny ‘Cat’ Soubrand’s guitar and Terry’s breathy sax adding to the jazzy feel with fine solos.

Chris Cain guests on a lengthy treatment of Early In The Morning, his B.B. King influenced guitar suiting the song with Kid on double bass and Jim switching to organ before three more originals: Here It Comes is a mix of early rock and roll with a Mexican border feel; Come On Back is an upbeat shuffle with Rick Estrin on harp and the gentle instrumental ballad Rosita, credited to Terry, Kid and Jim, is the final original.

Tracey Nelson duets with Terry on the country/rock and roll Spring and the rest of the album revisits classic tunes. The New Orleans funk of Bobby Charles’ Why People Like That gets a minor lyrical update with reference to stealing “your laptop and phone”.

Howling Wolf’s Howlin’ For My Darlin’ is terrific with Terry and Cat playing the core riff in unison, Eddie ‘Cleanhead’ Vinson’s Hold It Right There adds an Rn’B dimension and Lightnin’ Hopkins’ Feel So Bad closes the album in fine style with plenty of space for Terry to blow his sax.

Plenty to enjoy here for fans of classic blues and Rn’B and a likely contender for the end of the year ‘Best Of’ lists.