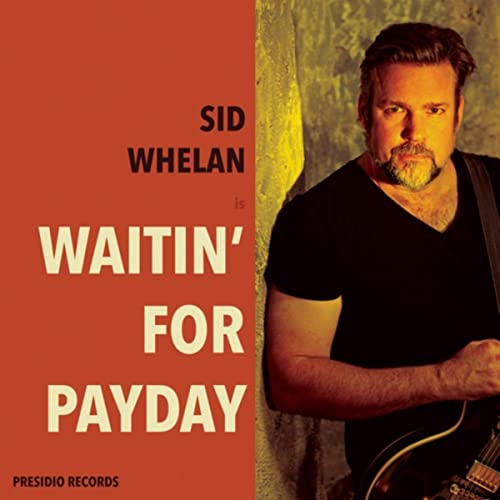 New York-based singer, songwriter and guitarist Sid Whelan has a varied background that includes associations and working with the likes of acoustic blues guitar ace Woody Mann, country and rock singer Steve Earle, and world music acts The Lijadu Sisters and Afro Blue. He brings all these elements, and a little bit more, together in the thirty-three minutes and eight tracks of this CD release.

The opener is an ever so slightly jazz-tinged solo acoustic piece entitled Nina Simone, and although he does not sound like the famed singer, he does convey something of her, before he moves into the country-rock of Love Me Right.

Make Some Time is a smooth and mellow soul tune, leading into the tough, matter-of-fact electric blues of Midnight In The Country, with some appropriate down-home flavoured guitar work and an on-the-nail no-nonsense band.

The other blues items of this set are The Promise, jazzy with a horn section, gyil (an African xylophone) playing by Valerie Naranjo, and another tough blues guitar solo from Sid himself, the funk- and jazz-tinged title track which has a soaring electric slide guitar solo, though the song itself seems to have an influence from the great Mose Allison. The final number, Break It Down, is an assertive modern blues track.

That just leaves Legba Ain’t No Devil, a percussion-driven number, with Haitian and West African elements, though the result is a spooky number somewhat akin to Mac Rebennack in his Doctor John The Night Tripper incarnation, so that fits this eclectic but blues-based set rather nicely too.