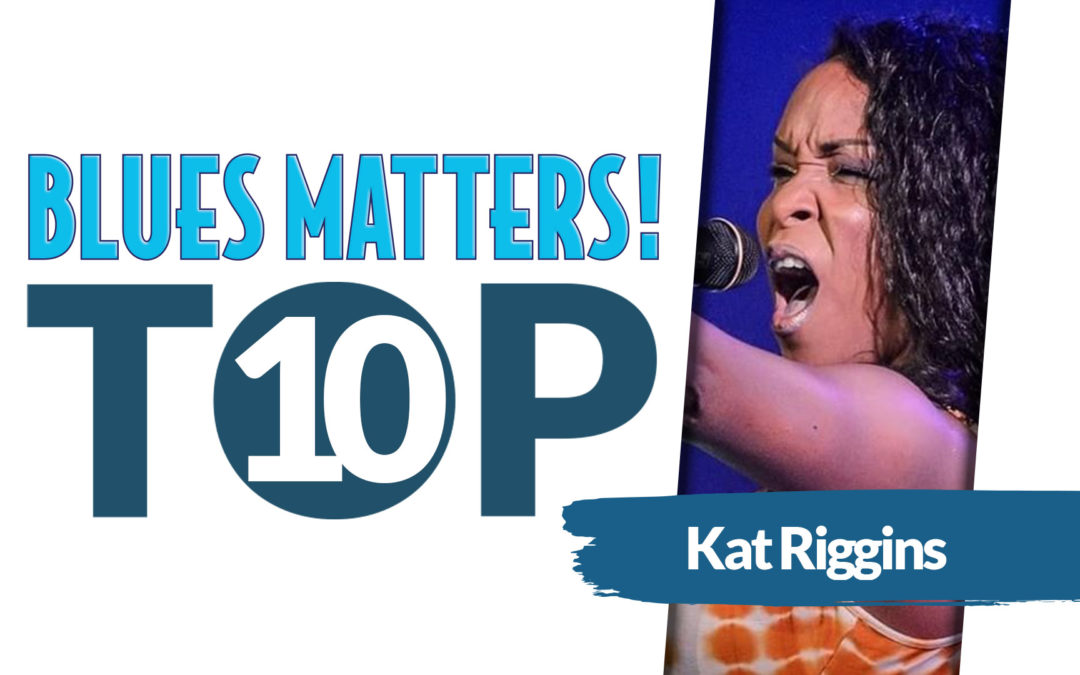 Inspired by the variety of music in her parents’ music collection, Kat’s own music style has mixtures of blues, soul, gospel, hip hop, rhythm & blues and rock & roll. But most of all she is a blues woman.

She fronts her Blues Revival Movement, a musical revolution that aims to awaken the masses to the sincerity and emotion of the blues genre. She has a vocal delivery akin to her musical influences, full of powerful emotions. She draws her audiences into what she sings and her live shows are outstanding.

It’s a feminine power song! It’s a song that makes me feel strong, fearless, sexy, and proud of my womanhood when I sing it.

Koko’s delivery of this song is still the best I’ve heard. She had the grit that it took to pull it off awesomely!

Tina can do no wrong, in my opinion. She performs this song like she’s venting to her girlfriends about how hard she’s trying to live right and ignore the haters, but the crap is gonna hit the fan soon because they just won’t leave her alone. It’s like a real conversation!

The thing I love the most is at the end though. Ike’s guitar and Tina have a little back n forth! It’s like the guitar is mimicking her vocals and it rocks!

This was one of the very first songs that made me think that maybe I could be a blues singer! Every time I hear it and especially every time I sing it, it gives me that same rush that I felt the first time I heard it.

There is SO MUCH vulnerability in telling someone who hasn’t said so, that you KNOW they love you! It takes a brave soul to take that chance. It’s raw as hell and I love that!

4 – I Want A LittleSugar in My Bowl – Nina Simone

This song is just plain sexy.  That’s it. I have no deep or thoughtful reasons why I love it. Other than the fact that it’s the incomparable Nina Simone, I love it because it’s steaming hot!

That opening horn line just yanks ya right in! It’s the song that when the band starts to play it you yell, ”That’s my jam! ” and you get your butt on the dance floor for a slow whine. That Marjorie Hendrix part usually makes me end up on tabletops!

This one is another one that makes me wanna dance! It’s just about the party. Forget about the world for a few minutes and just dance.

I love Tracy Chapman’s writing. She’s an extraordinary lyricist whose honesty I really admire. This song is bare-bones, back porch blues with a powerful message of personal strength!

Attitude. Attitude. Attitude! Denise LaSalle was fearless on stage and I wanted to be like that when I was little. I also think it’s cool that there’s humour in this song in spite of the actual subject matter.

It’s the perfect example of how the blues can talk about something as serious as heartbreak and manage to make you laugh at it! I learned a lot about storytelling on stage and encouraging audience participation from Denise LaSalle. She was a dynamo!

This is the epitome of pure and authentic emotion. The lyrics and the way she sings them are bold. If you’ve ever lost a lover and you sing this song, be prepared to feel every bit of that, no matter how long ago your relationship ended! Whenever I cover it, I have to keep telling myself not to cry on stage.

Classic conscious music! This song is telling the story of an all too familiar struggle in America’s inner cities. In Marvin’s version, the other voices in the mix help to bring the point across that it’s not an individual struggle. It’s a community struggle.

Etta’s version is a bit funkier but it still conveys the struggle. This is one of those songs that ought to be archived so that people can learn from it generations from now!