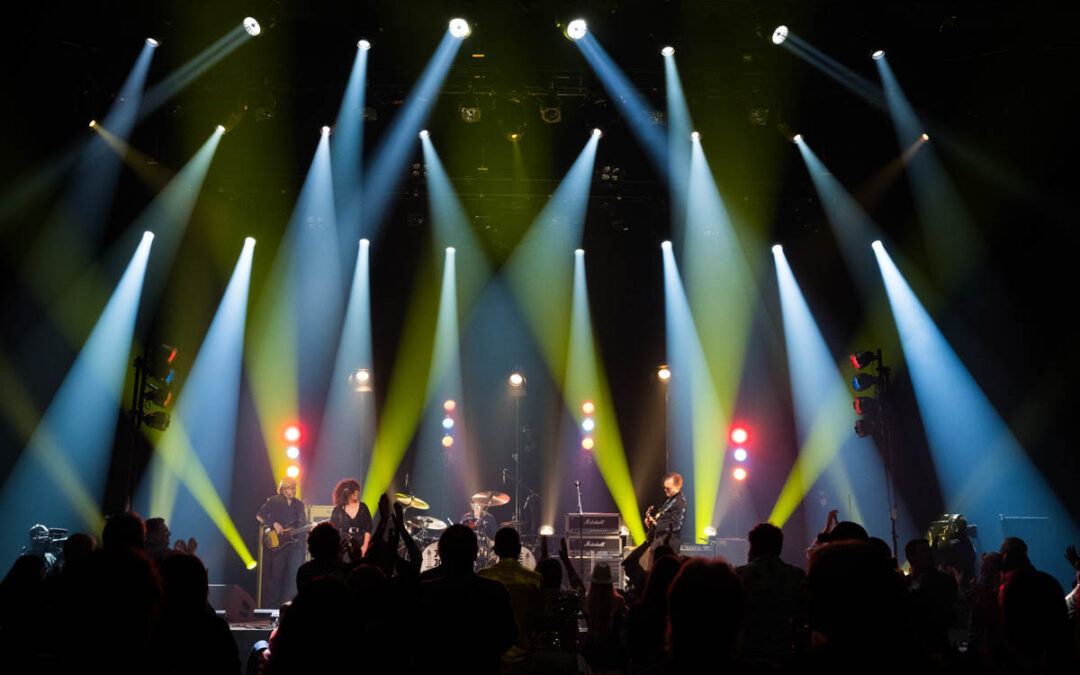 Fuelling Musicians is Joe Bonamassa’s way of trying to get them back on the road so that they can once again play live gigs. Tonight’s gig in Austin, Texas, sees a scaled-down version of Joe’s normal live band. Going on as a four-piece band does not mean that the intensity would be any lower. Far from it. The set-list for the show was chosen by fans. 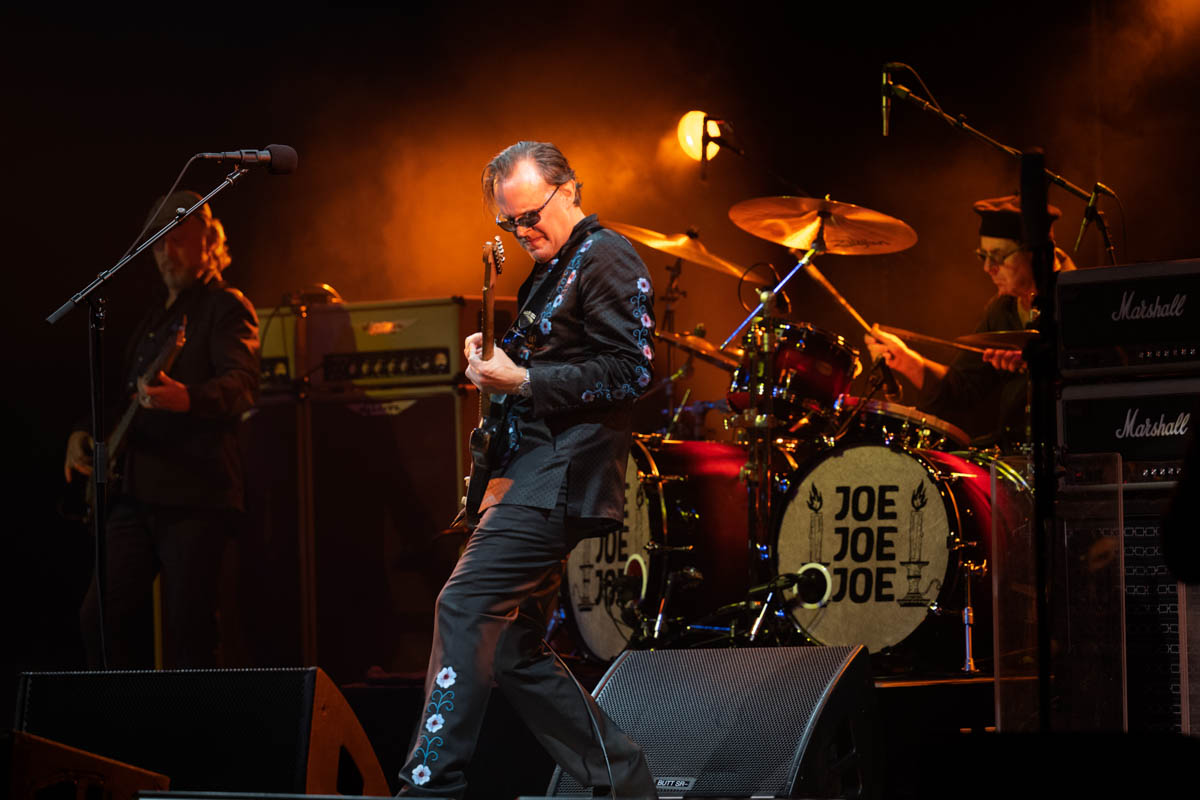 The opening track, Oh Beautiful, sounded so good from the opening vocal that Joe produced. The pounding rhythm from Anton Figg on the drums and the booming bass courtesy of new band member Steve Mackey resounded around the auditorium. A socially distanced audience did prove a distraction whatsoever. The energy and intensity that you would normally associate with a Joe Bonamassa gig were still as prevalent as ever. Midnight Blues, the Gary Moore classic has long been a mainstay of Joe’s gigs. It happens to be my favourite Gary Moore tune, so I was delighted that this had been chosen to be in the set.

“The set-list for the show was chosen by fans” 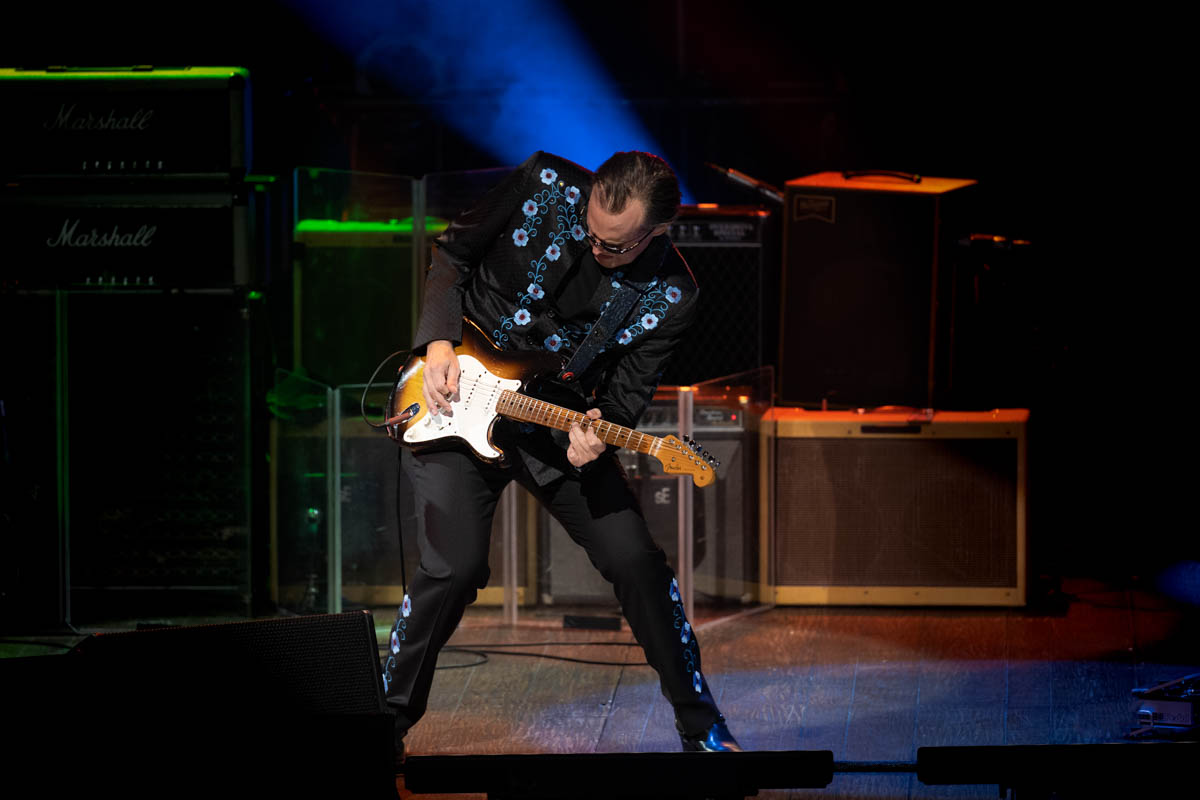 The Gibson Les Paul was played so eloquently, almost serenely that slowly built to the sublime guitar solo that drapes itself over the song like a comforting blanket. The tone of the guitar is so sweet and pure. Lookout Man, from his 2020 Album, Royal Tea starts with such a funky bass line. Add to that the riff-laden performance from Joe and what you have is a powerhouse blues/rock tune that shakes your very soul. Watching a live stream gig is not the same as actually being in the audience up close, but the interaction between Joe and the audience came across so well that you felt a part of it all the way through. Beyond The Silence saw Joe bring out his famous 52’ Telecaster. I so love the sound and tone of this guitar. 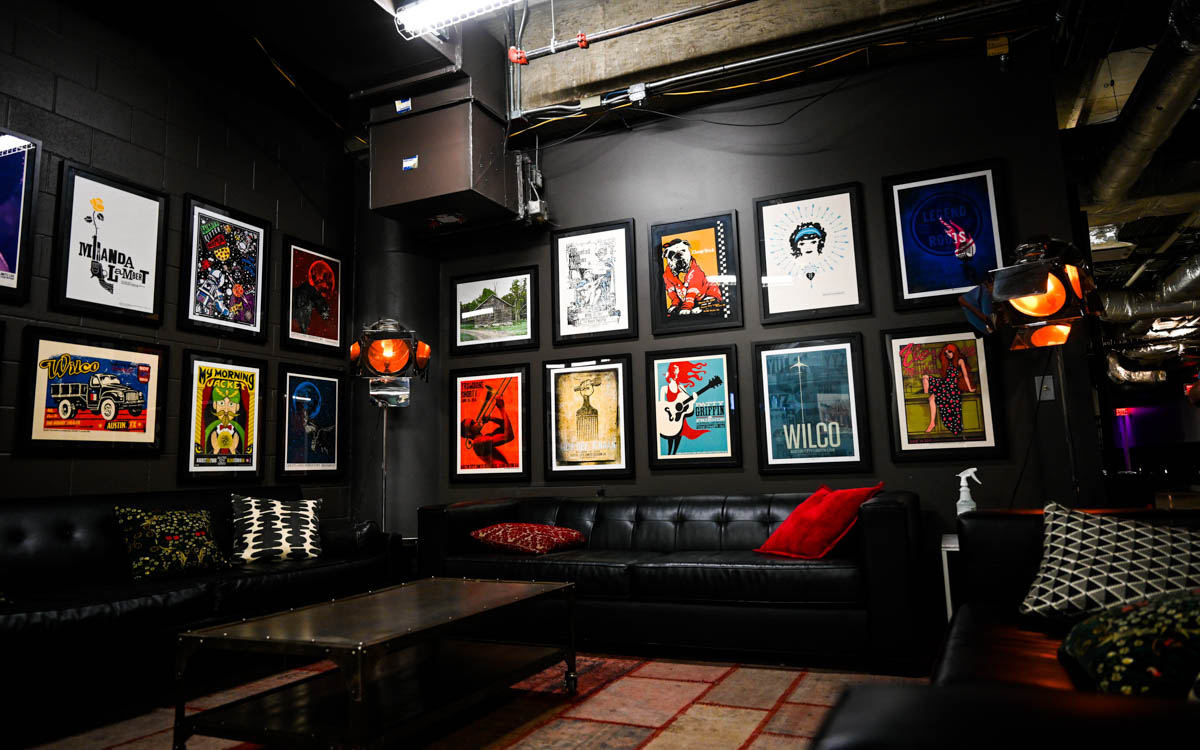 As the song gathered momentum, Jade Macrae’s backing vocals came to the fore. She has one of the greatest female voices in blues, and this showed, not only on this tune but on everything that she was a part of all evening. When I saw the setlist before the gig, I could hardly believe my eyes, Suttle Buttin’ by Stevie Ray Vaughan. To attempt this classic, performed so well and so magnificently by SRV takes a lot of courage. Joie Bonamassa has courage coming out of his ears. 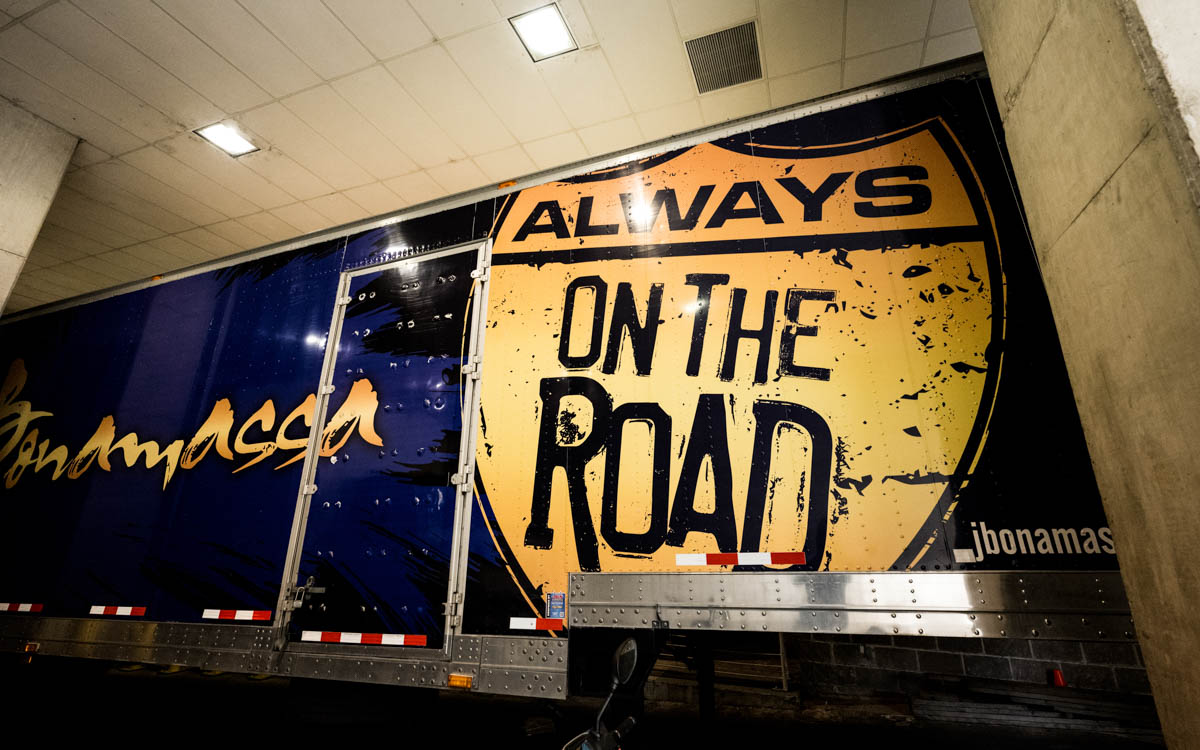 This is not done simply as a filler of a song, it’s done as a tribute to one of the greatest blues players that have ever walked the earth. It was so refreshing to hear Joe’s take on this song. His ability as a guitarist has never been in question, but this was a masterclass in blues guitar that left you feeling privileged to have seen. Woke Up Dreaming saw the introduction of the acoustic guitar, and demonstrate, not only can Joe play acoustic as well as playing electric, but the change in the direction both lyrically and vocally leaves you in no doubt that he is not just a one-trick pony. The last song of the evening had not been announced in advance. Cross Road Blues is, in my opinion, the greatest blues song of all time. 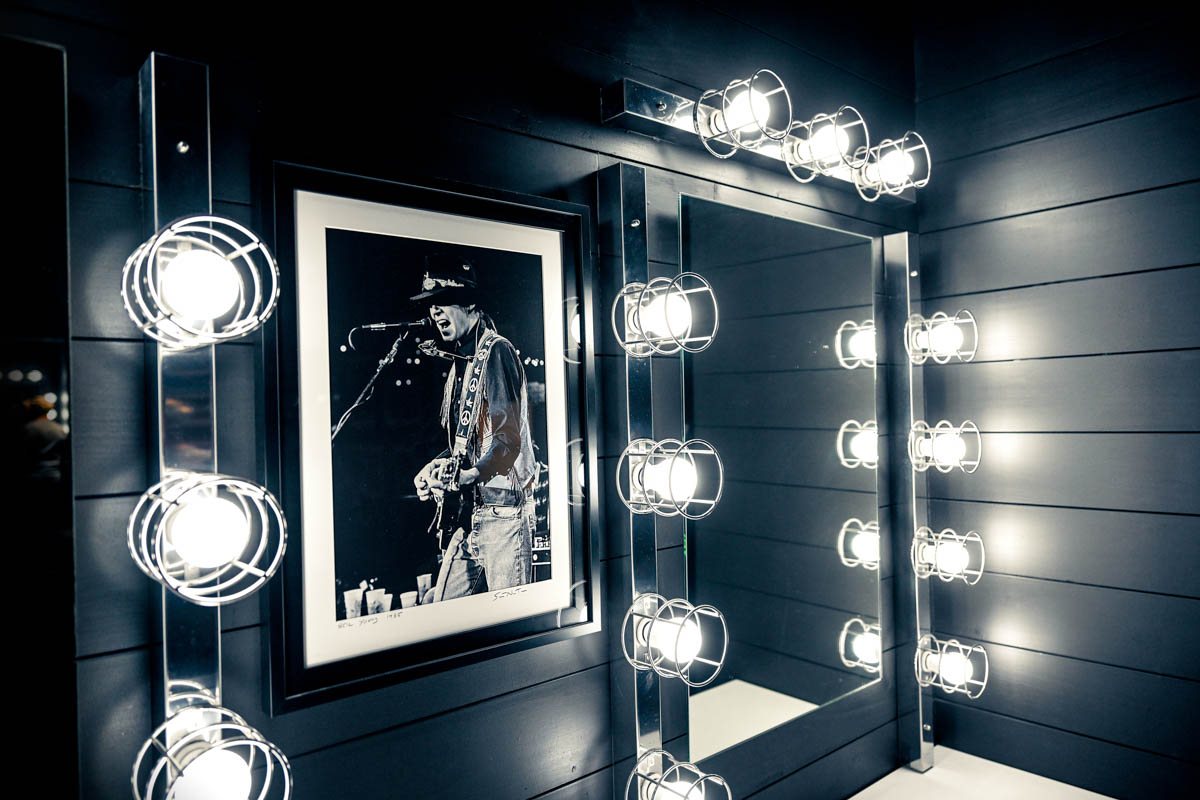 The Robert Johnson original has influenced more blues players than possibly any other song. There have been many versions done by many different artists over the years. I have seen Joe perform this before on DVD and have always been amazed. The version that Joe and the band gave us tonight is simply the best version I have ever seen or heard, except of course the original by Johnson. 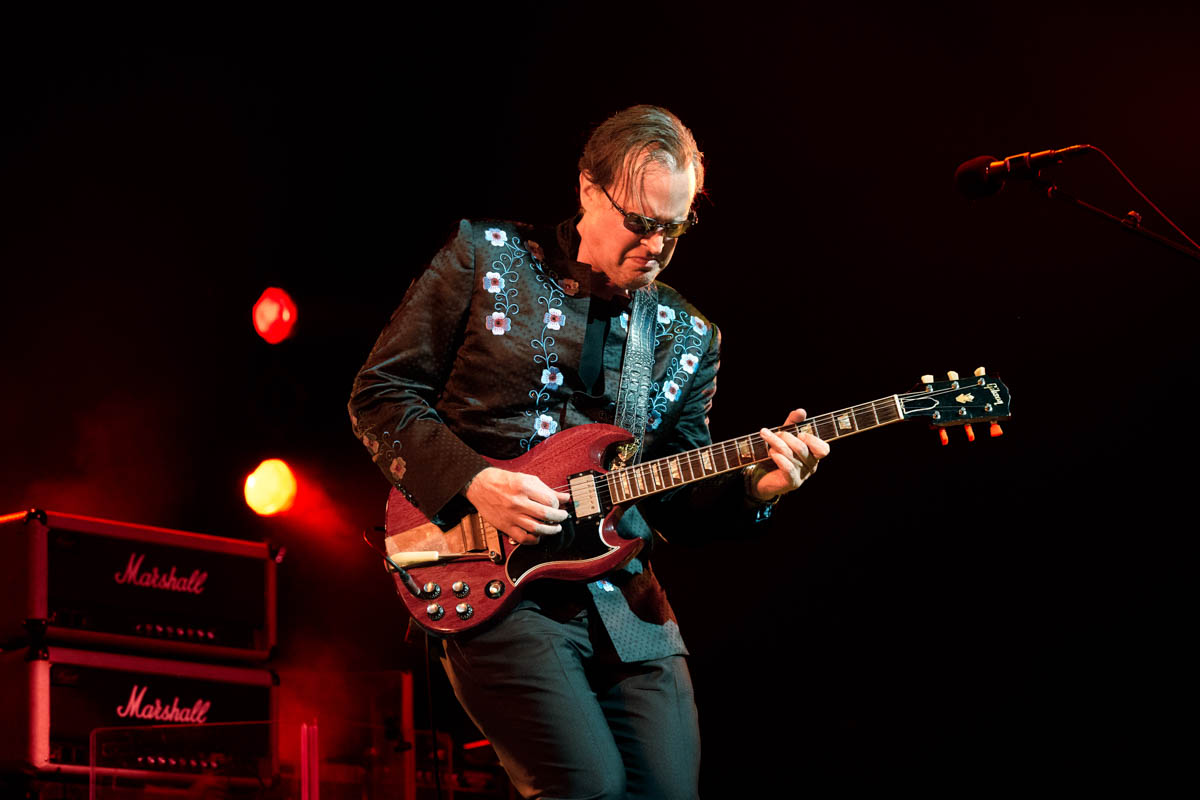 The level of feeling and understanding of the blues has always set Joe aside from many players, but this was off the scale. I sat watching with an almost spiritual-like ambience. Mind-blowing and amazement are not strong enough phrases for this performance. Looking at Joe, totally immersed in the feeling of the song, you could be forgiven for thinking that Robert Johnson had somehow taken over his very soul. Yes, it was that good. I’ve run out of superlatives to describe Joe Bonamassa’s performance tonight, so I’ll just say, Robert Johnson, is alive and well. 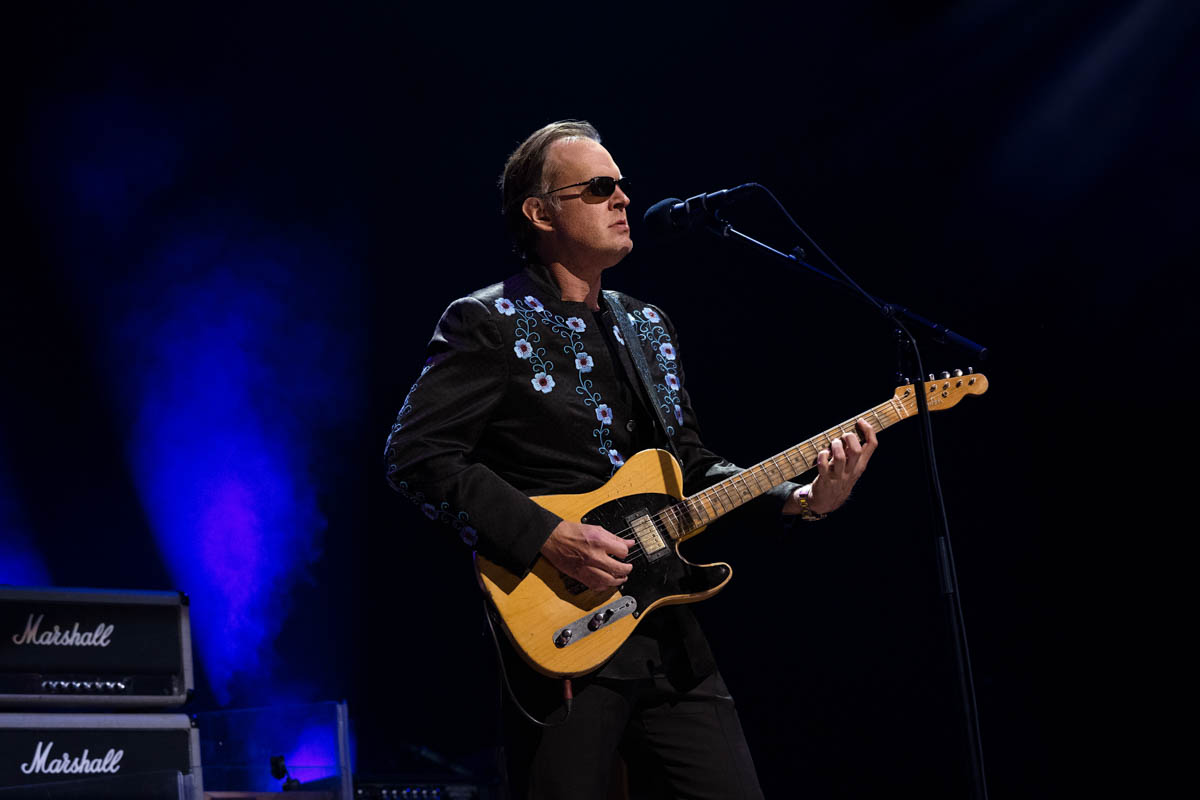 You can still see the show here: https://jbonamassa.com/streaming/acl/