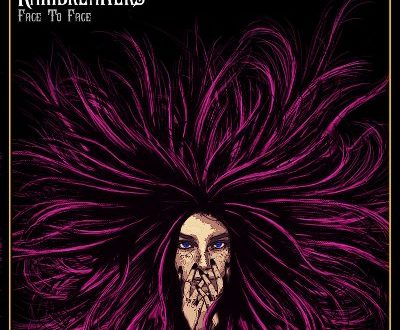 The first impression I had listening to this Shrewsbury based quartet is that their sound crosses many borders.

Their performance at last year’s Great British Rock and Blues Festival in Skegness saw them win the crowd vote on the Introducing Stage and gain a place on the Main Stage at this year’s festival, an impressive fact that indicates that these guys have something special in their repertoire.

In many respects, the Scottish band Del Amitri come to mind, a band that I believed were often overlooked when it came to credits.

Ben Edwards-vocals and rhythm guitar, Charlie Richards-lead guitar, Peter Adams-bass and Sam Edwards-drums, have a healthy and more than able take on the music scene.

All the songs on this debut release are co-written by the band, but their music cannot be placed in any single genre, based in the blues/rock format, they have injected an ample shot of soul, pop and R’n’B to create a sound that is extremely pleasant on the ear.

The song Lost With You, a gentle love song would not be out of place on today’s radio playlist and the same can be said with the title track, Face To Face, another potential weepy, but with a caustic guitar solo mid-stream.

But don’t think they can only play at one tempo as they range from the heavy rocking sound of Heavy Soul to the bright up-tempo of Got Me Where She Wants Me, and the very funky Lay It On Me, through to the soulful strut of Need Your Love and on to the pop-oriented Take It Or Leave It.