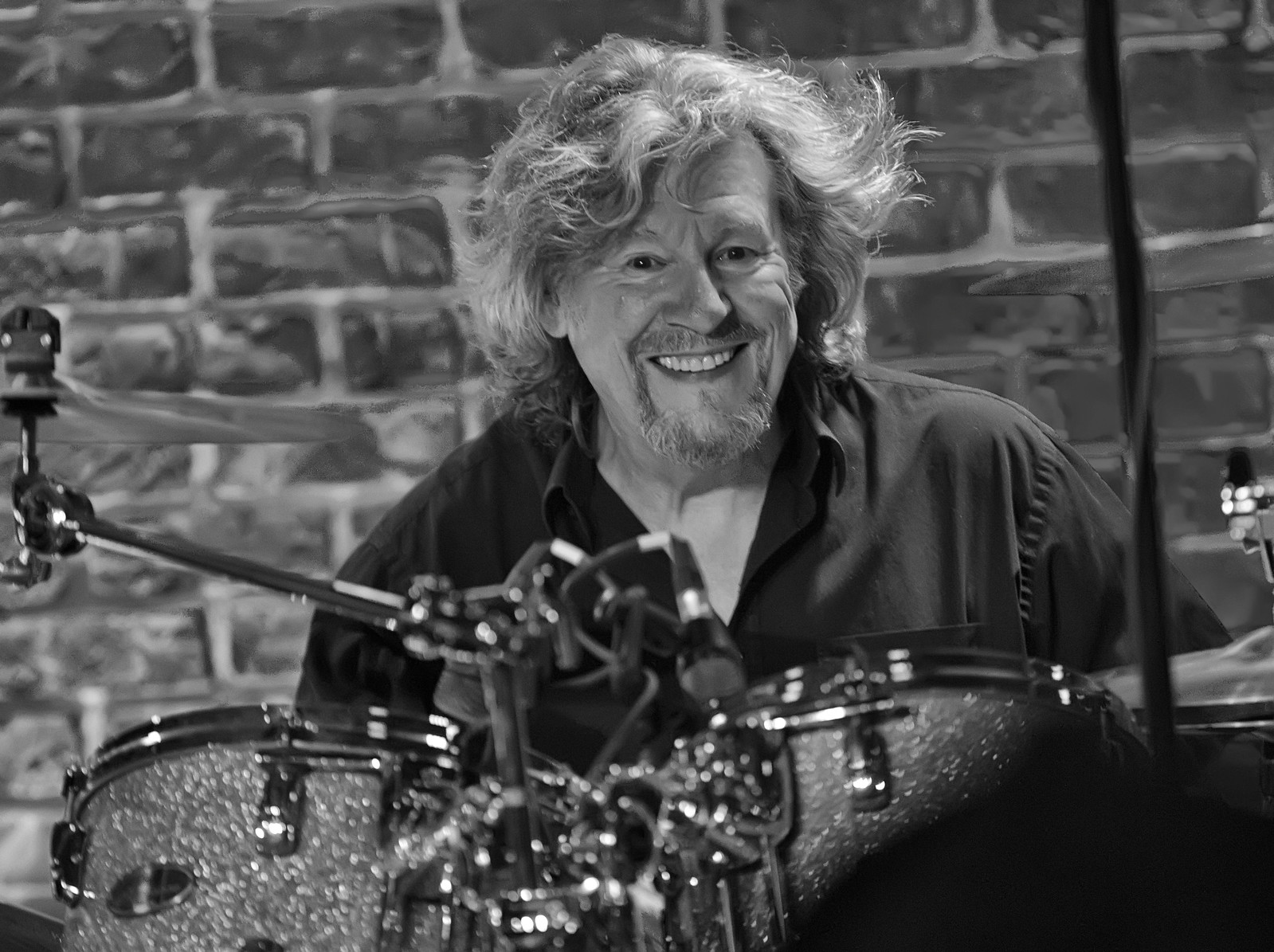 Scottish drummer Ted McKenna sadly passed away on Saturday 19th January after suffering from a haemorrhage during elective hernia surgery.

Ted McKenna had a long and illustrious career spanning 50 years, he was the drummer with The Sensational Alex Harvey Band, Rory Gallagher, Michael Schenker Group and Ian Gillan. He was also a college lecturer in Applied Arts at North Glasgow College between 1996-2011. 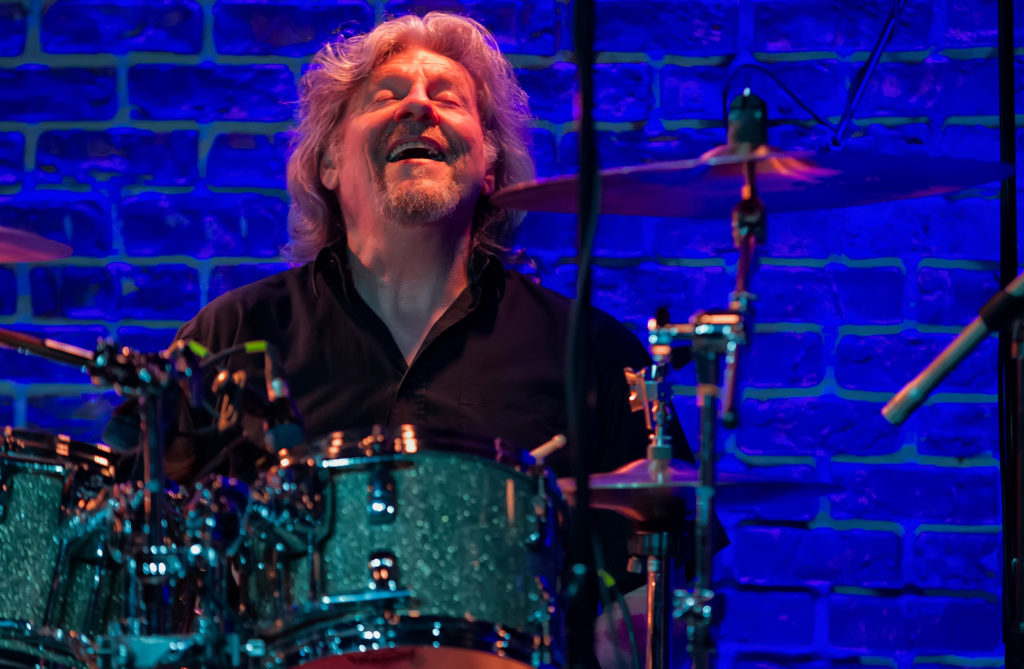 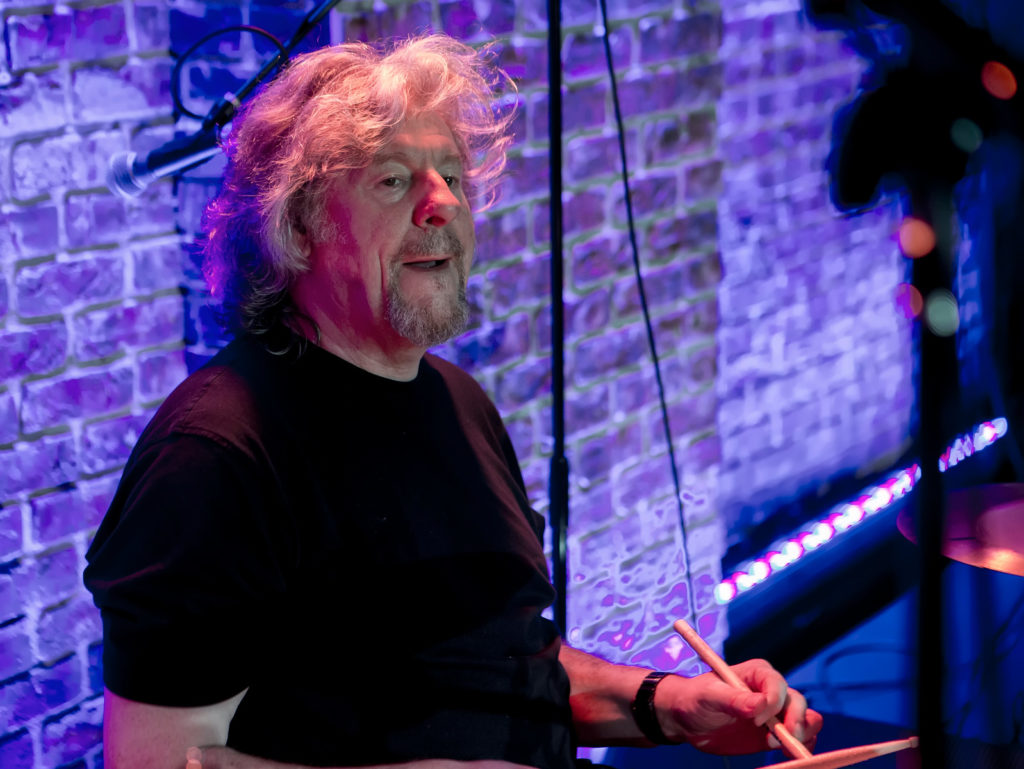 A tribal beat chugs along, with clipped guitars and a loping insistence, the singer of the mantra-style song mugs the camera and bends his face to one side. “Are you going? ” he hisses…all driven along by the crisp drumming of the late Ted McKenna…

One thing the impressive career of this ace drummer hinged upon was Ted’s ability to underpin and emphasise all manner of tempo’s, from the jagged rock of Tear Gas, the spiky surreal soundscapes conjured up by Scots star Alex Harvey to the fluid and soul-ridden blues-rock of the great Rory Gallagher.

Negotiating the twists and turns of imaginative material just seemed to fan the flames of this musician and his lively demeanour lit up many a live performance.

To a non-drummer like me, the sound he stirred up was reminiscent of Aynsley Dunbar, he kept things interesting, he self-edited and had a fabulous way of wrapping up an instrumental solo as the theme or vocals started up once more.

Anyone lucky enough to catch a recent show by Band Of Friends, celebrating Gallagher’s works with complete authenticity witnessed a master at work.

McKenna was born in Lennoxtown, Scotland, in 1950, and played on all seven of The Sensational Alex Harvey Band’s punchy studio albums, as well as Fourplay, the album they made without Alex Harvey under the name SAHB (without Alex).

Ted was selected to replace drummer Rod de’Ath in Rory Gallagher’s band as it reverted to a power trio lineup.

McKenna played on Photo-Finish in 1978, on Top Priority the following year, and then on 1980’s live album Stage Struck. Ted also played with Michael Schenker.

All McKenna’s recordings bear witness to his skills and power, but more than that…it was his musicality. 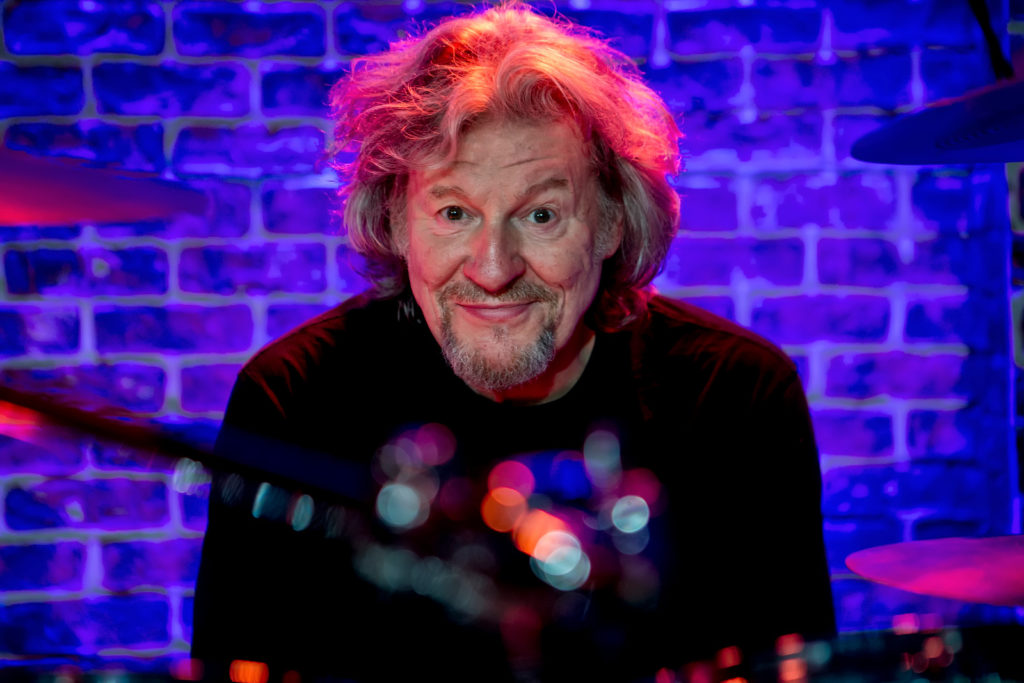 It was an Honor to have known Ted McKenna – R.I.P – Arnie Goodman (Photographer)

Gerry McAvoy wrote on Facebook: “Ted was one of the nicest guys you could ever meet. A brilliant musician. He was a big man with a big heart, and he has left us all with a big hole in our lives… RIP Ted from myself, Marcel, Davy and all those musicians who had the pleasure of playing with one of the finest drummers of all time.”

Michael Schenker also wrote on Facebook: “We are totally heartbroken to hear about Ted McKenna, our amazing drummer and dearest friend, passing away this morning. Its a massive shock and a huge loss to lose Ted so suddenly.

He always had a smile on his face and was one of the most sincerely genuine people you could ever have the pleasure of meeting. One of the great rock drummers, he always played from the heart and his heart was music. Rest in peace, Ted. We will miss you.”

Ian McNabb, the former Icicle Works frontman, also broke the news to fans on Twitter, saying “Our friend Ted McKenna went in for a routine hernia operation on Thursday and has apparently passed away due to a freak accident during surgery. We all loved Ted with a passion. R.I.P.” 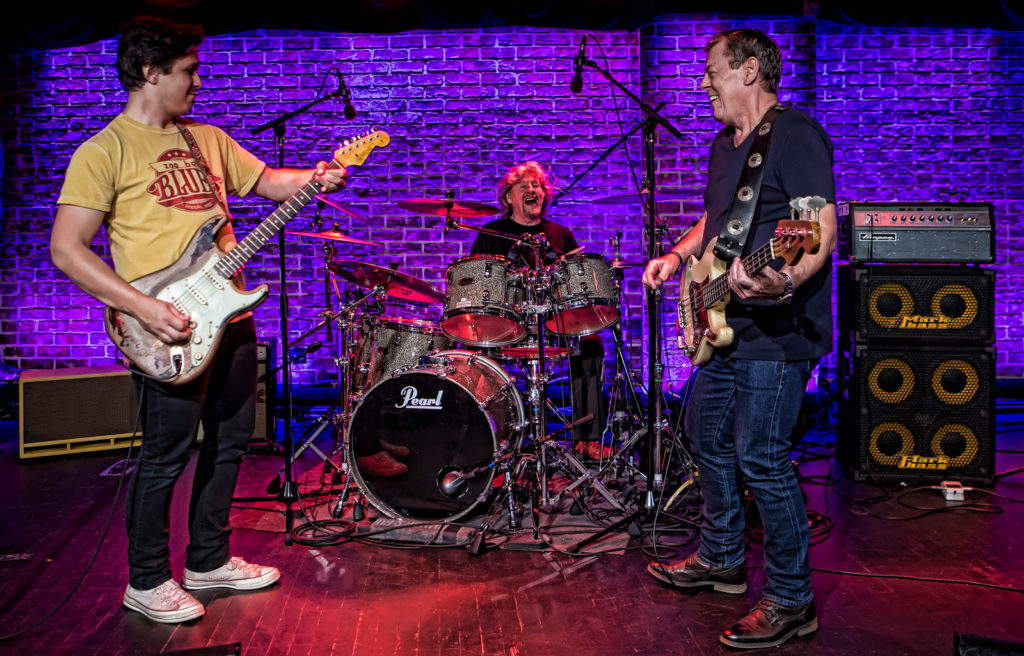