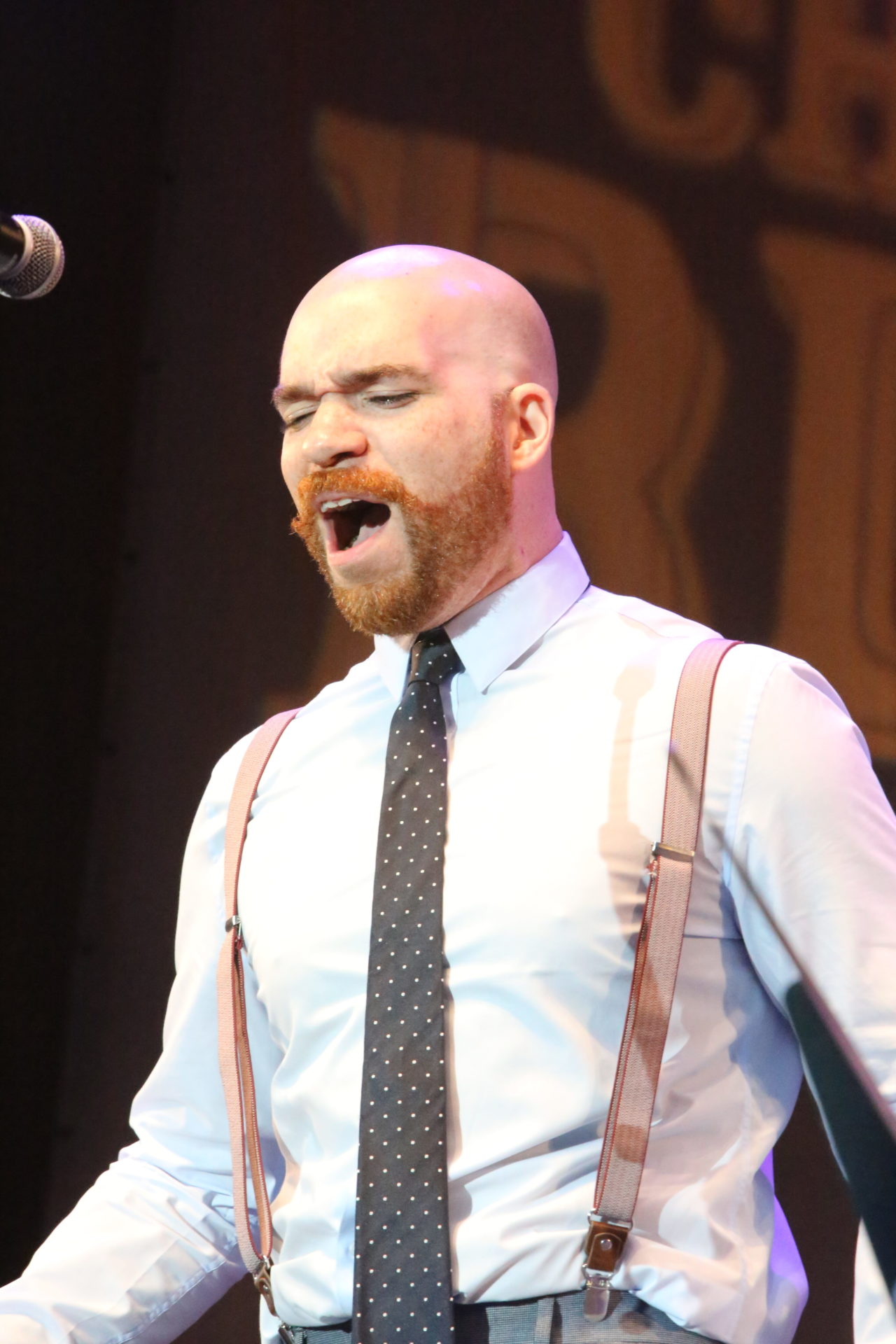 Mike Ledbetter a true ‘powerhouse of a performer’ sadly passed away at his home in Elgin, Illinois early on 21st January 2019, aged 33.

Blues fans and people all over the world have lost one of the most unique singers ever to take the stage.  Mike Ledbetter had become known for his incredible vocal range and his ability to sing with such intense emotion. 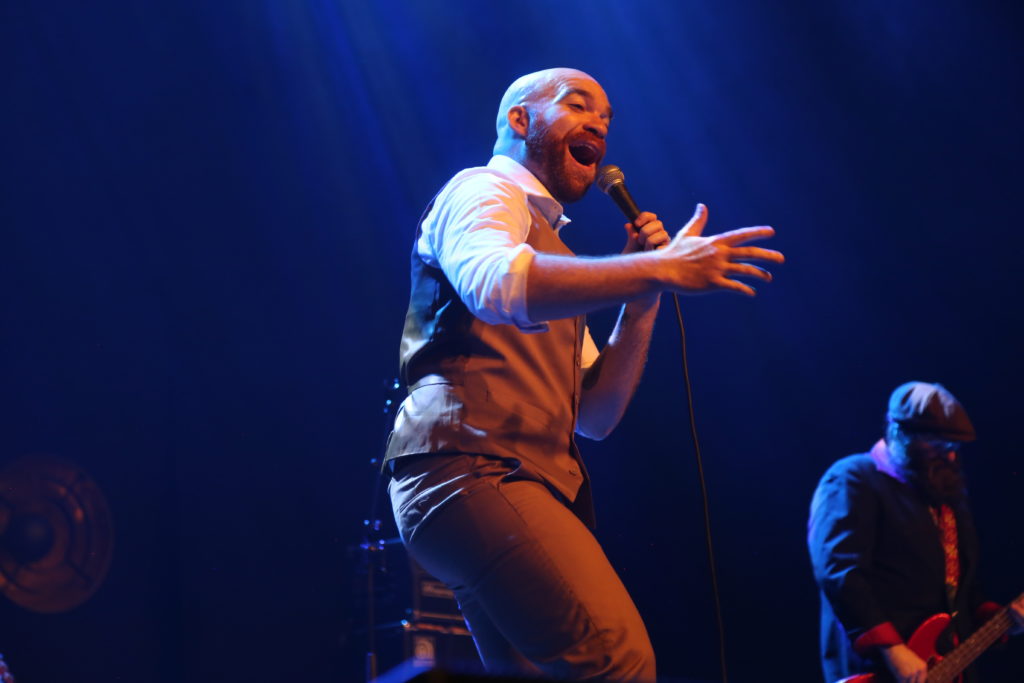 For the past 2 years, he toured all over the world with Monster Mike Welch singing blues and soul, but he could sing any kind of music, even Opera. 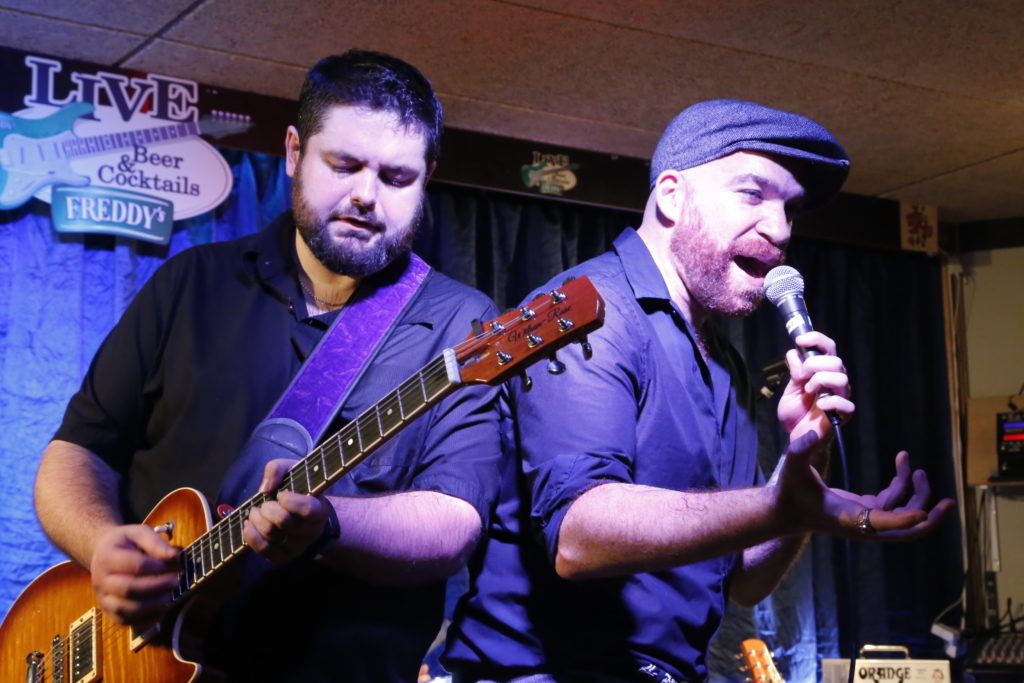 When Mike was still a teenager and for the following ten years or so he studied and sang opera. Then the great bluesman Nick Moss, who lived in the same town, outside the Chicago city limits convinced him to leave opera and start singing blues and learn to play the guitar.

Nick Moss and Mike Ledbetter spent the following 7 years together touring the world while also releasing a couple of albums with Mike Ledbetter on vocals and rhythm guitar. 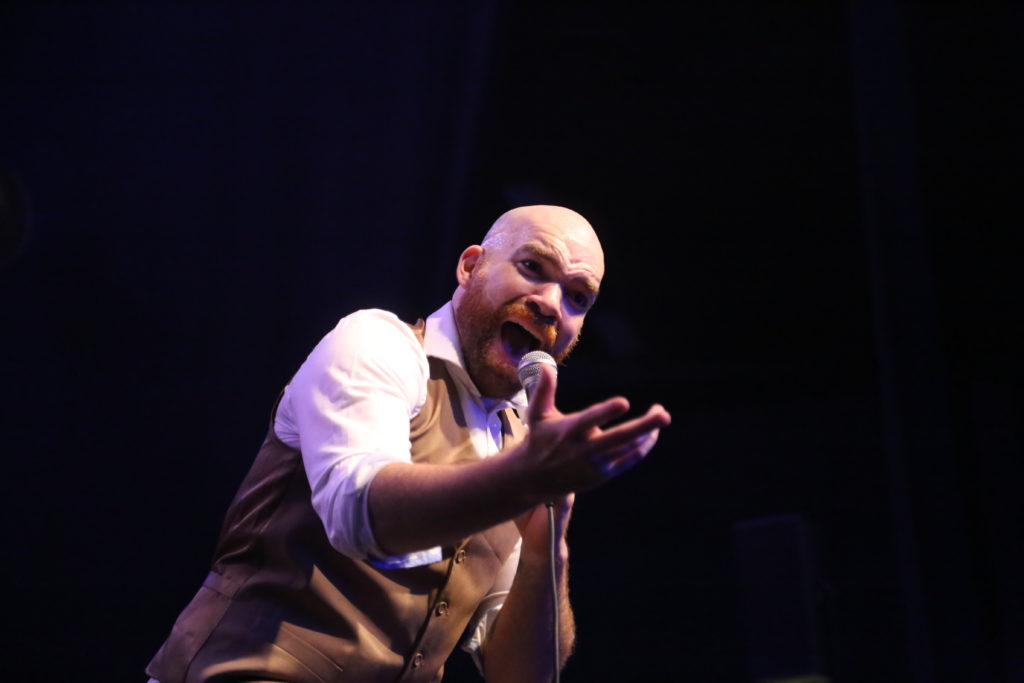 Mike Ledbetter by Jennifer Noble at Blues Heaven Festival in 2018

At the 2016 Chicago Blues Fest, there was a tribute to Otis Rush and Otis was in attendance to the side of the stage.  Monster Mike Welch was onstage as a guitarist for most of the tribute.

Then came Mike Ledbetter’s majestic, soaring pipes where he did an incredible version of the Rush classic “Right Place, Wrong Time” with a great horn section.  The song ended with a thundering applause. 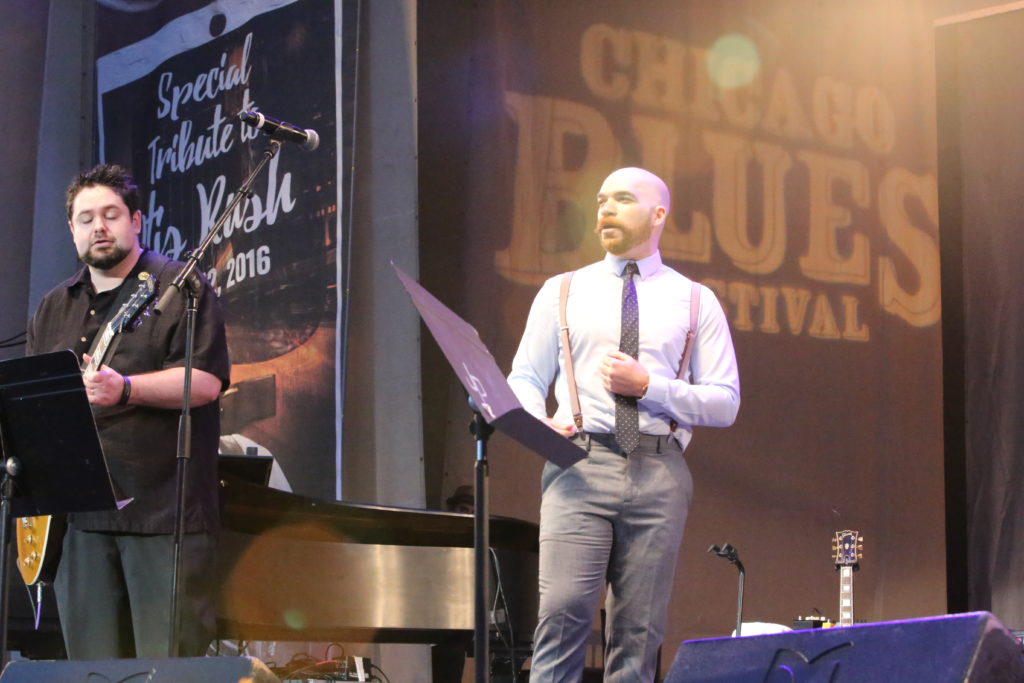 At the end of the tribute (after many other performers) Mike Ledbetter came out to close the evening and sang with Diane Blue (who usually sings with Ronnie Earl and the Broadcasters).

The Otis Rush song they chose was “I Can’t Quit You, Baby” Ledbetter initiated the song acapella by drawing on the first word “I” to epic proportions (his classical, operatic training helped).

You could see the jaws dropping in the audience.

When it was done the audience roared its approval at the singer’s phenomenal pipes and his future changed from there on in for the better. 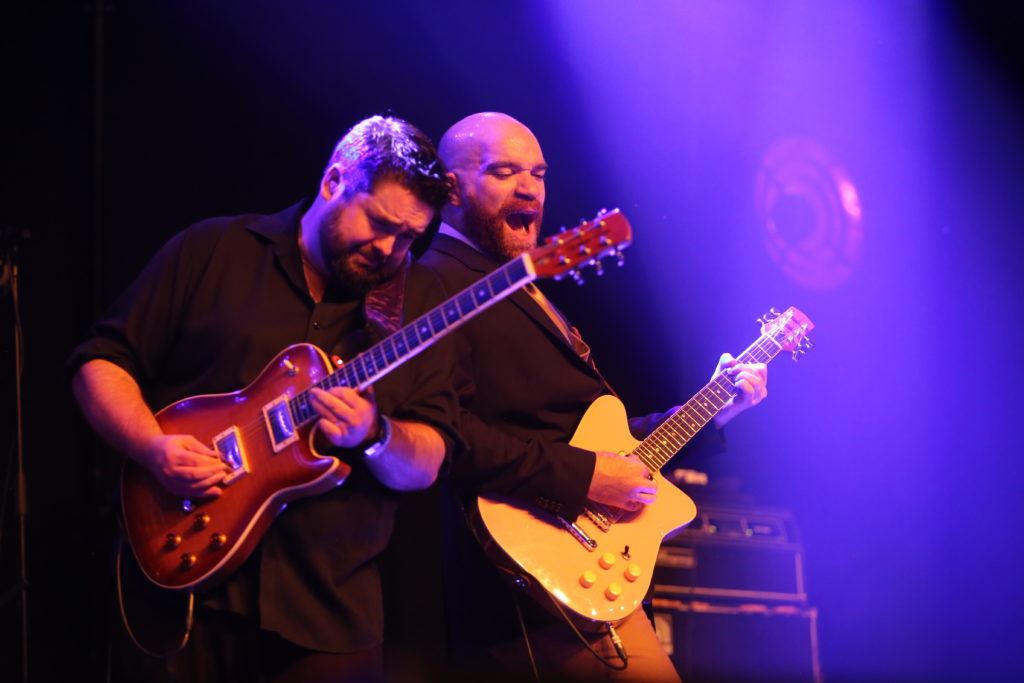 That night Monster Mike Welch and Mike decided they had connected so naturally that they should put a band together.

They recorded an album called Right Place, Right Time (most likely named after that night) then got a booking agent and toured the world.

That is just what they did until Michael’s untimely passing On January 21, 2019, at the young age of 33.

The two have been referred to as an exciting throwback to Chicago’s “West Side Soul” sound. 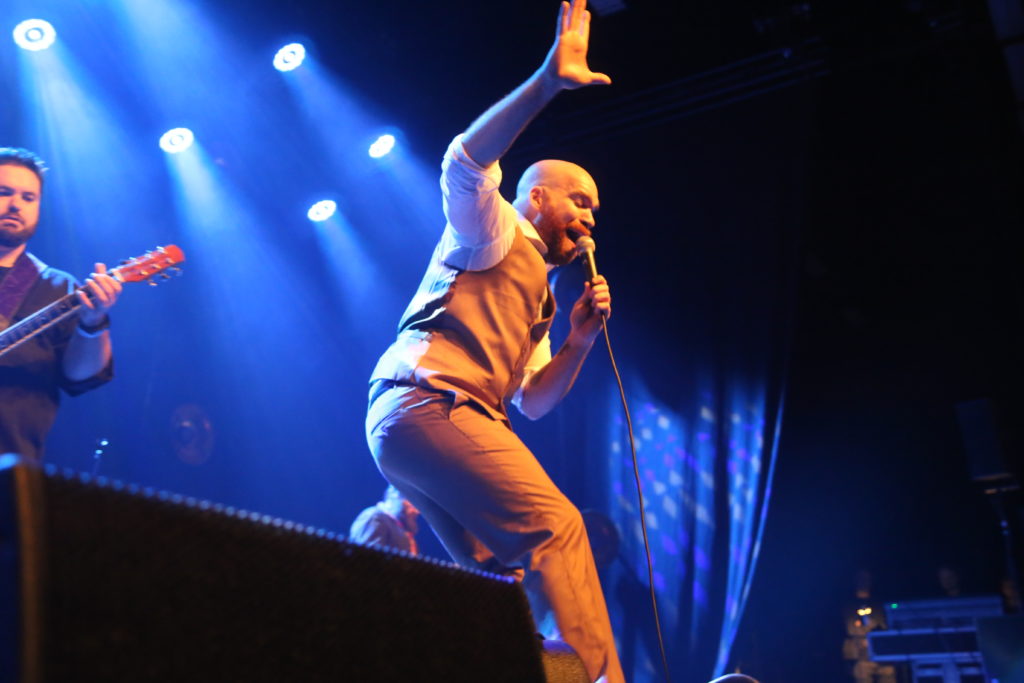 He leaves behind 2 young children, a boy and a girl along with the love of his life, longtime partner Kathy Cahoon. Please watch for a fundraiser for his family which will hopefully appear soon.

The world will truly miss this unique and wonderfully talented artist whose future had been so bright. 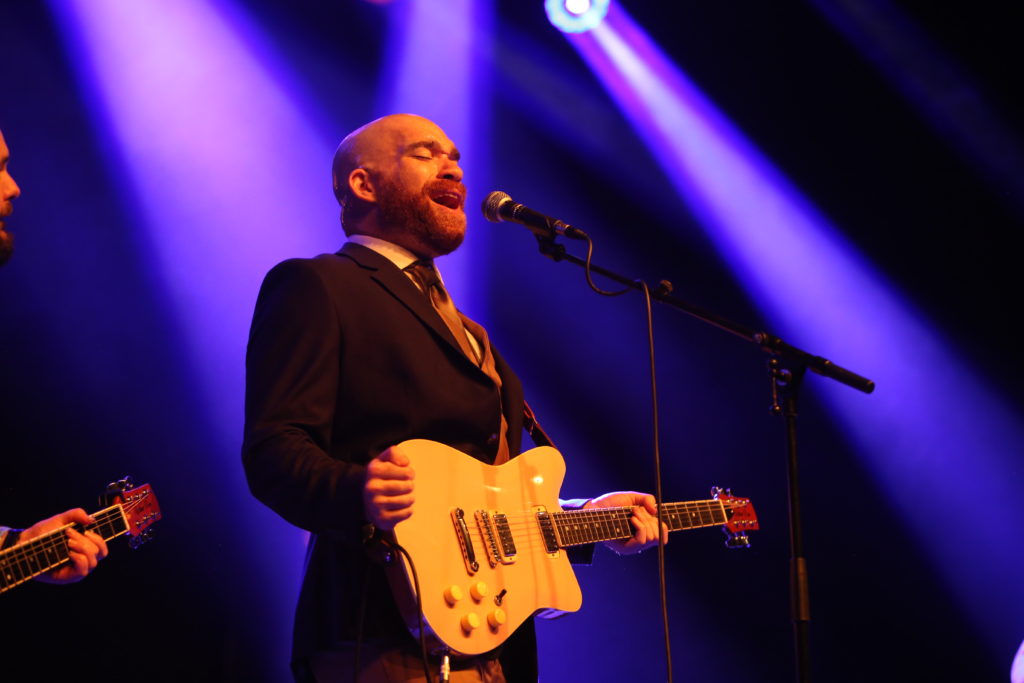 “He was scrupulously healthy,” said “Monster” Mike Welch, his bandmate in the Welch-Ledbetter Connection. “On and off, he was a bodybuilder. There’s no lessons about the pitfalls of the road. This is a man who took care of himself, loved his kids, loved his girlfriend Kathy.”

“It was like he was telling his own story,” Welch said. When he sang, “I heard someone who was able to embody the entire tradition of Chicago blues and rhythm-and-blues.”

Mike Ledbetter was a 2019 nominee in 2 of the Blues Foundation’s Blues Music Award categories, Vocalist of the Year and B.B. King Entertainer of the Year.  The Welch-Ledbetter Connection is also up for Band of the Year, and in 2018, he and Welch won a Blues Music Award for the best Traditional Blues Album for their Delta Groove LP, “Right Place, Right Time.”

Trained in opera, he was “truly the best vocalist. . . .He was just passionate about American music,” said Tina Terry, his agent. “For the blues community, it’s a huge loss.”