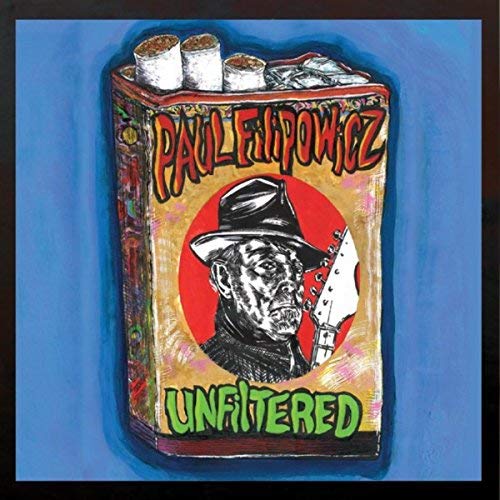 This is Paul’s tenth recording since he started playing the Blues in the late 1960’s, at which time his mentors were to the fore, these were the likes of Lighting Hopkins, T Bone Walker, Freddy King, but it is Magic Sam that appears to have had the greatest influence on Paul, who has used this album to not only cover a couple of Magic Sam’s songs but to pay homage to the sounds of the Blues era he grew up in.

The album kicks off with the first of Magic Sam’s songs, All my Whole Life Baby which gets a fiery rendition (incorrectly titled Everything Gonna Be Alright on the CD sleeve), Pauls vocals are particularly raw which was an initial concern but on reflection this is what Paul’s music is all about, he re-creates the sounds that he would have heard as a youth coming out of the Pool halls and Juke joints.

The remaining tracks are a mixture of covers and self-written material, one of these is the superb Canal Street which is a slow chugging instrumental which has harpist Benny Rickun taking a leading role.

Paul has some solid backing from an assortment of Blues musicians from several different local blues bands but fundamentally it is Paul’s crunchy and at times unorthodox fiery lead guitar work that is the main focus of the album, he has, without doubt, won hands down his objective of releasing an album capturing the eclectic Blues sound of the late 1960’s.

Paul has already been inducted into the Chicago Blues Hall of Fame, and on the evidence of this release, he has every chance of being nominated for the Chicago Blues album of the year.  He is definitely keeping the authentic Chicago Blues style alive using the guitar techniques he witnessed in his youth.