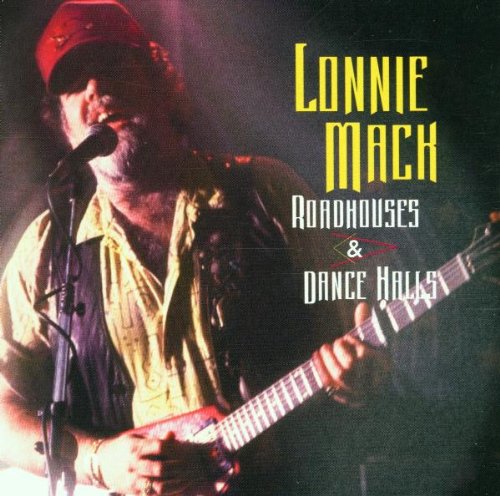 Even back in the days long ago when most of the blues press focussed almost exclusively on African-American artists, there was a small group of white artists who would command respect even from the purists – the likes of Bobby Charles, Billy Lee Riley, and yes, Lonnie Mack.

The latter’s breakthrough came with the success of his massively influential guitar instrumental Memphis in 1963 and it helped, I guess, that Lonnie would play on sessions for Federal Records with the likes of Freddie King and James Brown in Cincinnati during the 60’s.

He was with Alligator Records in the 80’s, thanks to his acknowledged influence on Stevie Ray Vaughan, but this set was originally released by Epic in 1988 and finds him taking a slightly more roots rock approach than his albums for the renowned Chicago blues label.

Not that that should dissuade anyone from buying this – Lonnie may open the set with Too Rock For Country, Too Country For Rock And Roll – though it does rock like crazy! – and yes, there are a couple of tracks that fall easily into a country category (but hey, let’s call them Americana) but then there’s plenty of blues and R&B here too (take a listen to his Hank Ballard medley, or the cover of Huey “Piano” Smith’s High Blood Pressure), with fine, controlled guitar playing and Lonnie has always been acknowledged as one of the best blue-eyed soul singers.

There’s a lot to like about this album, and I wish I hadn’t waited 30 years to get to hear it!