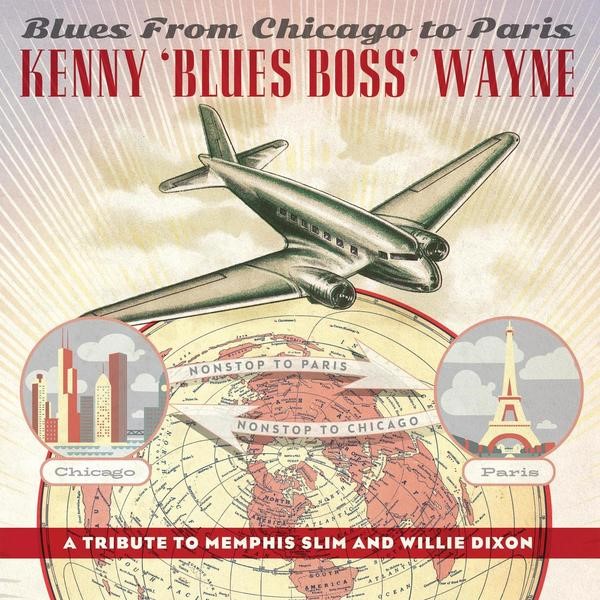 Not only is Kenny “Blues Boss” Wayne one of our foremost contemporary blues and boogie pianists, he’s also extraordinarily well-versed on his chosen genre’s proud history. Blues from Chicago to Paris pays rousing tribute to two of Chicago’s postwar blues legends, piano-pounding Memphis Slim and bass-slapping powerhouse Willie Dixon. Focused in particular on the period when the two giants of the genre teamed up to tour the globe during the late 1950s and early ‘60s, the album presents a well-rounded collection of favourite songs as well as those innovative tunes that have inspired and influenced blues players ever since.

“Memphis Slim and Willie Dixon were a team, and their styles worked great together,” says Kenny. “Out of many other blues piano players that I’ve listened to, I found a playfulness between these two men unlike the many other great blues pianists.”
– Kenny ‘Blues Boss’ Wayne

Legendary blues piano master Kenny “Blues Boss” Wayne was inducted into the Boogie Woogie Piano Hall of Fame in Cincinnati, Ohio in 2017. He is recognized by Living Blues Magazine for his six-decade career of bringing the piano back to the front ranks of contemporary blues. This Juno Award winner, WCMA winner and multiple Maple Blues Award winner is at the forefront of modern day blues piano.

Blues From Chicago to Paris is out March 4th from Stony Plain Records.