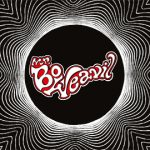 Matthieu Fromont – a.k.a. Mr Bo Weavil – used to front the down-home rocking French band Bo Weavil. The multi-instrumentalist is solo on this set, playing electric and acoustic guitars, banjo, bass, percussion, harmonica, flute, mouth-harp and I may have missed something… he also has a suitably world-weary voice (and he sings in English), and some of his material draws on Mississippi blues traditions such as the droning one man band performances Keep On Runnin’ and Mr. Bo Weavil Blues, the former with strong hints of Howling Wolf. There is also the tough alt. blues of the opening I Don’t Wanna Be No Rebel and the moody It’s Such A Beautiful Day, which draws some of its inspiration from James Brown’s It’s A Man’s Man’s Man’s World, and do take a listen also to the desert blues of ‘Honey I Miss You’ – very Ali Farka Touré! It is a shame then that Mr. Bo chooses to include a couple of numbers that really jar the sensibilities. I’m no prude, but I do find You Take Da P*ss Outta Me and especially the totally foul-mouthed rant I Don’t Give A Sh*t both totally unnecessary. The latter in particular wears its rap influences proudly on its sleeve but even so, there’s no real excuse for this is a blues context. Johnny Otis’s Snatch & The Poontangs at least drew from authentic street traditions and didn’t come across as anything like as offensive as this. People may have differing opinions, but that’s mine, I’m afraid!