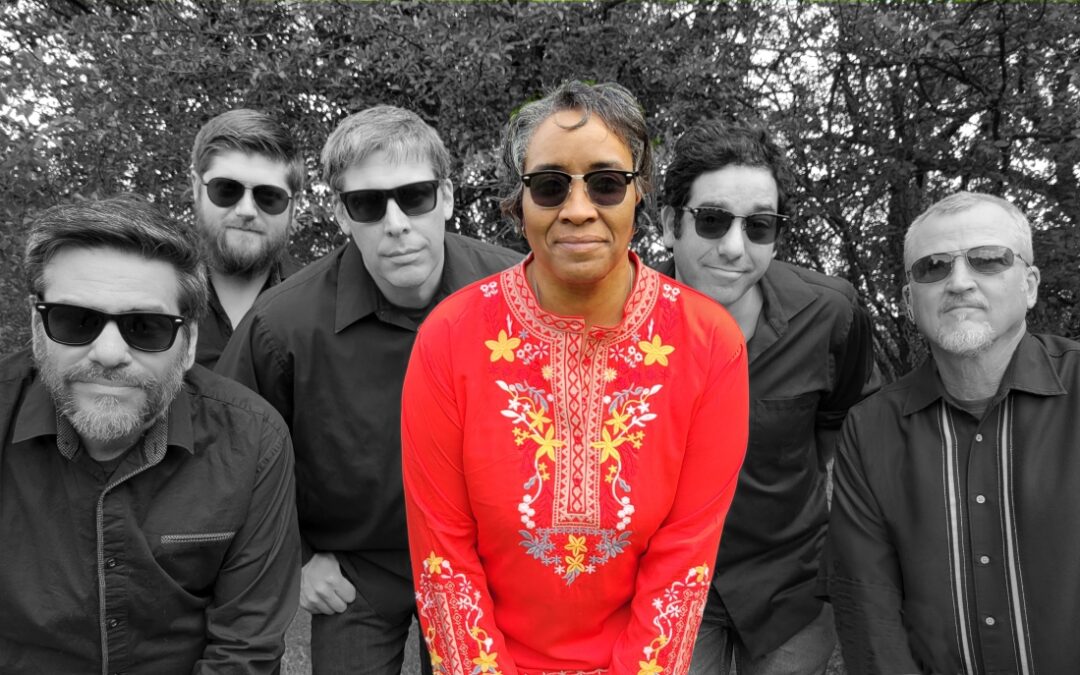 ‘Take A Long Ride’ is the first single taken from ‘One Louder’, the forthcoming 11th studio album from Massachusetts band, Misty Blues, which is due to be released on Lunaria Records on January 28th, 2022.

Misty Blues are a dynamic band, full of texture and colour, and this raw, uncompromising song propels them into the stratosphere. It features legendary American blues guitarist, Joe Louis Walker, whose contribution of some tasty soloing on guitar adds an even richer dimension to the iconic sound for which Misty Blues is known.

Misty Blues and lead singer, Gina Coleman, celebrate over two decades of composing and performing original blues with hints of jazz, funk, soul and tent revival gospel. Gina and her band have firmly fixed their place on the American blues scene, having recorded and /or shared the bill with the likes of Charles Neville, Tom Cochrane, Tab Benoit, John Primer, Albert Cummings, Michael Powers and most recently, Joe Louis Walker.

In 2019 the band became a finalist in the International Blues Challenge, and their music has aired across the globe on stations including SiriusXM B.B. King’s Bluesville, The Blues Show with Cerys Matthew’s BBC Radio 2, Buddy Guy’s Legends Radio, Danny Coleman’s Got The Blues, Ole Harv’s Blues Revue, Vinnie Marini’s Music On The Couch, Brent Morrison’s Rockin’ Blues, and Kevin Hardy’s Main Street Blues.

Their latest single is a powerhouse of blues, blended with the funky style which this band lends itself to so nicely. The stark lyrics draw inspiration from the long stretches of time musicians can spend on the road, and how painful it is being away from loved ones.

The collaboration between the two artists came about from an interview on Danny Coleman’s radio show ‘Got The Blues’. “Danny asked me who my favourite current blues artists are, and I mentioned Joe Louis Walker,” recalls Gina. “Danny said he had a long standing friendship with JLW and I immediately replied, “Next time you speak to Mr. Walker, let him know that Gina Coleman would love to record a song with him.”

“Two days later, I received a suspicious call from an individual who claimed to be Joe Louis Walker,” continues Gina. “I was immediately leery of the caller, as I have plenty of friends who enjoy a good practical joke. The caller laughed heartily at my skepticism about receiving a call from a blues icon. He then relayed that he had heard from his publicist about my comment on Danny’s show the other day, and that I should send him some song ideas”.

GET THE SONG HERE

“It was an absolute pleasure and blessing to work with someone with such a long and rich blues pedigree” says Gina, “Joe Louis Walker’s scorching 24-bar guitar solo echoes and captures the anguish I intended to express in this song”.

Take A Long Ride is a superb pairing between an established blues icon, and a tight band who have been playing together longer than many of the most well known groups. Walker’s guitar, juxtaposed with a blistering sax solo from Aaron Dean and the swirling electric piano of Benny Kohn, create a psychedelic masterpiece – this track is a funky prelude to a new and exciting album.