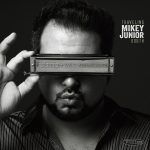 This CD gets off to a cracking start with the title song written by our very own British Blues father figure Mike Vernon, it is not a song I can recall being recorded by any other artist but it is a strong opener for this album, performed by American Harmonica player and vocalist Mikey Junior. This is his eighth album release and highlights a fairly prolific new generation bluesman, who on this evidence is a very competent vocalist and skilful Harmonica player, backed here by a strong cast of supporting musicians, including Producer Dave Gross, who adds some tasty guitar. The album is predominately an electric blues style album although the final track Trying To Do The Best I Can is more of a traditional country blues song, with a Mungo Jerry feel to it, for the remainder of the albums eleven tracks Mikey rocks, either through his fiery vocals or via raw emotional harp, best heard on the track Morning On My Way. While Harmonica based albums can at times be repetitive this is an exception, as Mikey mixes up the different Harmonica styles and has written some strong songs to ensure there is never a dull moment albeit that the lyrics cover fairly downbeat subjects in a traditional blues way.