Maria Muldaur with Tuba Skinny set to release Let’s Get Happy Together on May 7, 2021 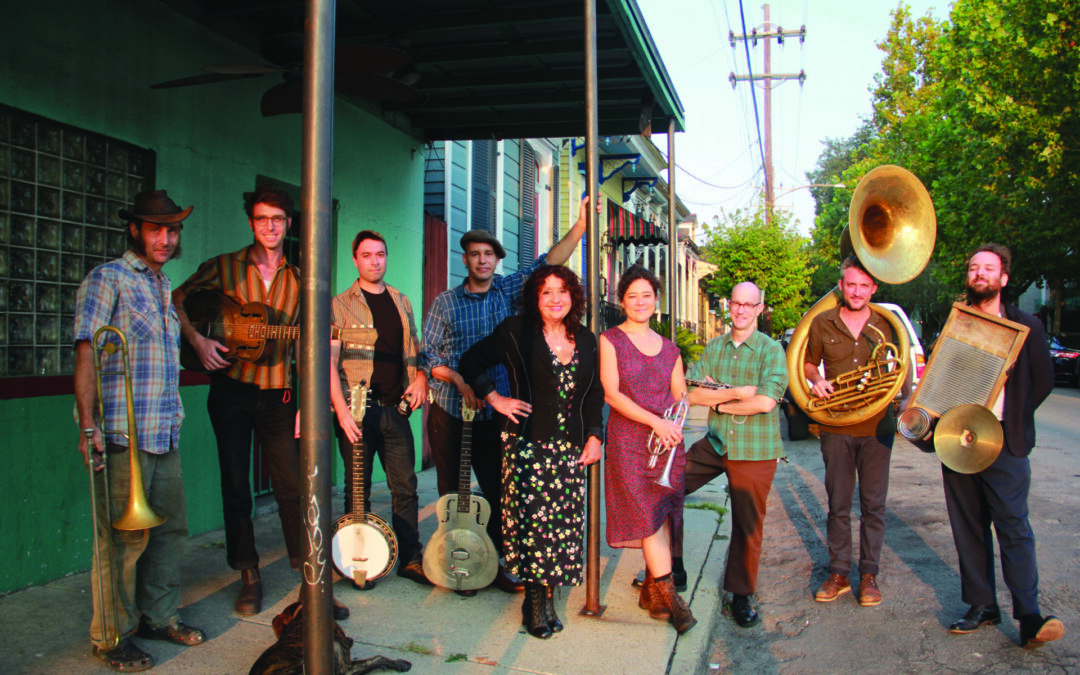 Maria Muldaur with Tuba Skinny set to release Let’s Get Happy Together on May 7, 2021

When Maria Muldaur discovered the music of Tuba Skinny she learned that just like herself, these musicians study, play and immerse themselves in early blues, jazz and jug-band music of the 20s and 30s. Listening to their albums, Maria came to the conclusion that “they were not just playing a marvelous repertoire of cool tunes with great skill and authenticity, but somehow channeling the very atmosphere and vibration of that bygone era.”

Just prior to the Covid Pandemic in January 2020, Maria asked Tuba Skinny to collaborate in a showcase performance at the International Folk Alliance Conference in New Orleans. It was so well received that an album was immediately conceived and recorded later that year, with the title track summing it all up: Let’s Get Happy Together.

Performing 12 songs as close as possible in feeling to the original recordings, Tuba Skinny and Maria Muldaur breathed life into rarely heard gems from this incredible era. Maria Muldaur’s 55-plus year career is a long and adventurous odyssey through the forms of American Roots Music: Blues, Jug Band, Bluegrass, Jazz and Appalachian “Old Timey” Music. Over 42 albums Maria has been nominated 6 times for Grammy Awards, as well as for Blues, Folk and Roots awards. She has been recognized at the Blues Music Awards in Memphis for many of her Stony Plain releases over the years, and is the 2019 recipient of the “Lifetime Achievement Americana Trailblazer Award” from the Americana Music Association.