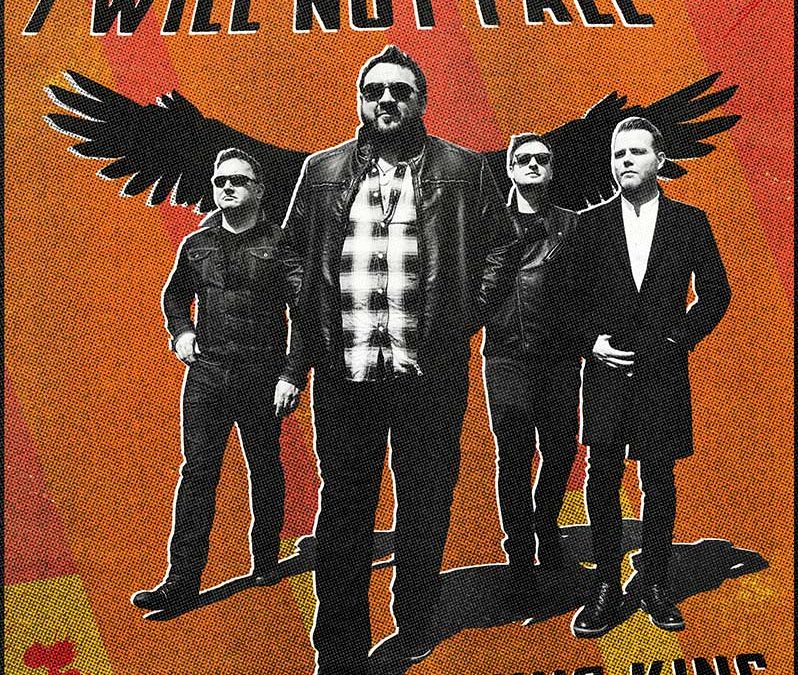 King King are finally back on tour again. The Glaswegian rockers have rescheduled their UK tour dates and will tour the UK in October 2020 and February 2021. All tickets from the April 2020 UK tour will be valid. Tickets for all dates are on sale now via www.kingking.co.uk/tour and www.thegigcartel.com.

A statement from Alan Nimmo below –

“It is with the deepest regret that we have to inform you that our April tour will have to be postponed! We held on as long as we could and always maintained that we would not cancel anything unless the choice was taken out of our hands and that now seems to have happened! We are truly sorry that it has come to this but the dates will be re-scheduled so just look out for further announcements. This is obviously a difficult situation for everyone all over the world and as much as we still don’t really know much about what’s going to happen… we certainly don’t want to add to the problem and the health and safety of the nation and indeed the world is the number one priority at the moment. Further information regarding rescheduled dates will be posted soon. Once again, we send our most sincere apologies for this inconvenience and we thank you wholeheartedly for your patience and friendship! We couldn’t ask for better fans than our King King family so stay safe and we will see you soon! Ticket refunds will be available, but we kindly ask that to help keep music LIVE, please if possible, hang on to your ticket.”

The band recently released their outstanding new single “I Will Not Fall”, which went straight onto the A-list on Planet Rock. The single will was released on King King’s own independent label, Channel 9 Music, on Friday, February 28th and is available on all digital platforms including iTunes, Spotify, Amazon, Google Play, Deezer and Apple Music.

Having played over 20 festivals in 2018 and being special guests on Europe’s Tour The Earth European 2018 tour, this will be the band’s first tour since February 2019 and the first tour with the new line-up – Alan Nimmo (vocals/ guitar), Andrew Scott (drums), Zander Greenshields (bass) and Jonny Dyke (organ/piano). Fans can also look forward to a new single coinciding with the tour.

King King, have been going from strength to strength in recent years, and took their pedigree to the next level with the release of their fourth studio album “Exile & Grace”. Released in October 2017, the album featured the singles (She Don’t) Gimme No Lovin’, Long Time Running and Broken which became popular on Planet Rock and other rock radio stations. The album scored a Top 40 hit in the Official UK Album Charts. 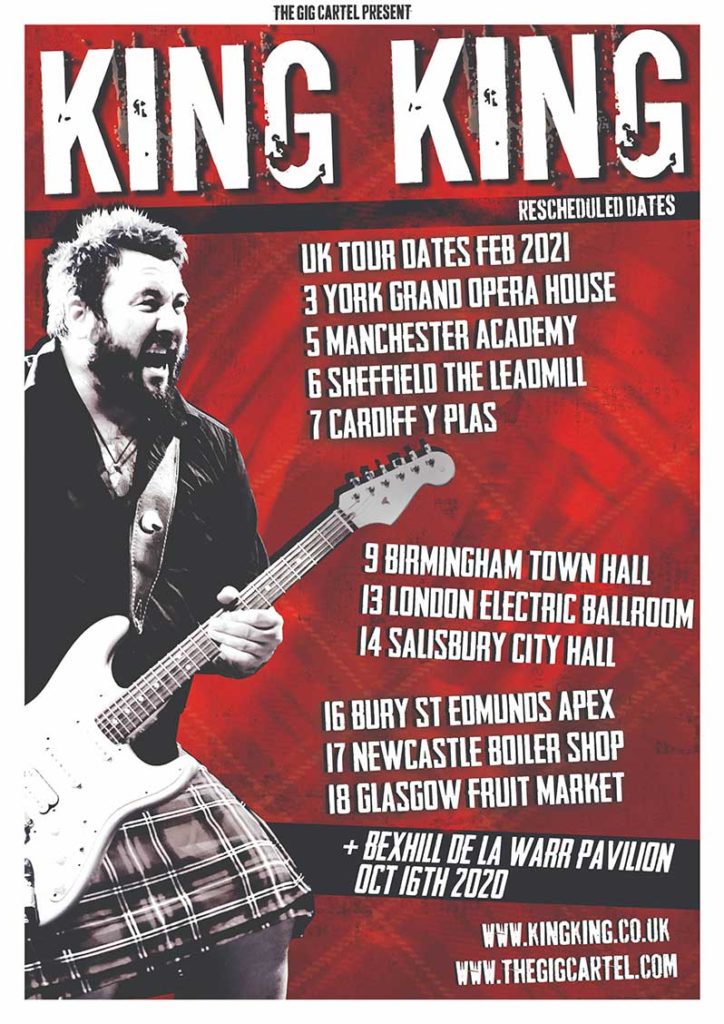