King King & When Rivers Meet at the Stylus, Leeds 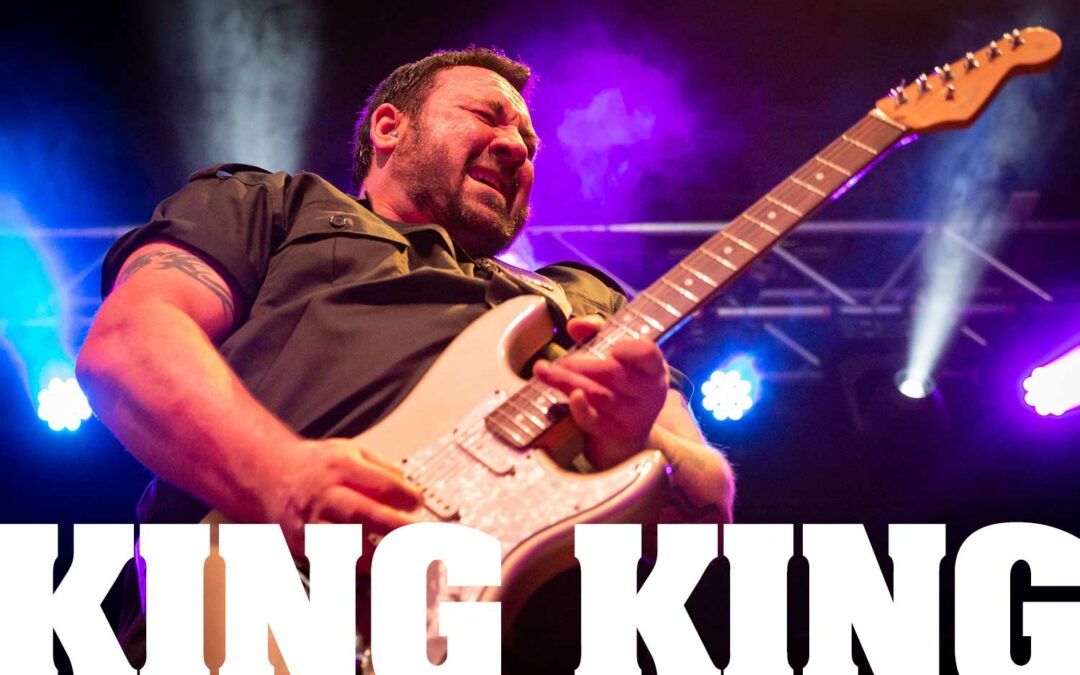 Well, the day has finally arrived. With some semblance of normality returning to the live music world, hopefully we have seen the last of the days of rescheduling shows. Finally, King King have been able to get back out on the road to promote their latest album Maverick. This being a release that was completed and released amid the pandemic.

King King & When Rivers Meet at the Stylus, Leeds

Words and Photos by Adam Kennedy

This evening the group open their current UK run in West Yorkshire, at the Stylus in Leeds. “Live at Leeds” I hear you say – it has a nice ring to it, doesn’t it? Ironically, this is the same University where The Who recorded their seminal live album back in 1970.

The sounds of AC/DC’s “Highway to Hell” usher the five-piece King King onto the stage. And from set opener “(She Don’t) Gimme No Lovin’” it feels like no time has passed, as the band pick up from where they left off prior to the lockdown. Subsequently, the inclusion of “Fire In My Soul” and “One World” at the top of the set, finally gives the fans a taste of the Maverick album live, and it was worth the wait.

Their maybe a few King King newbies in the room this evening. One of which, shouts out to the stage between songs “You’re actually quite good”. And after almost two years off the road, Alan Nimmo gladly accepts the compliment with wholehearted laughter. However, for those who have been with the band for a while, anthems such as “Rush Hour” and “Long History of Love” are well received. Alan’s fretwork and interplay with keyboard player Jonny Dyke during the latter is exceptional. 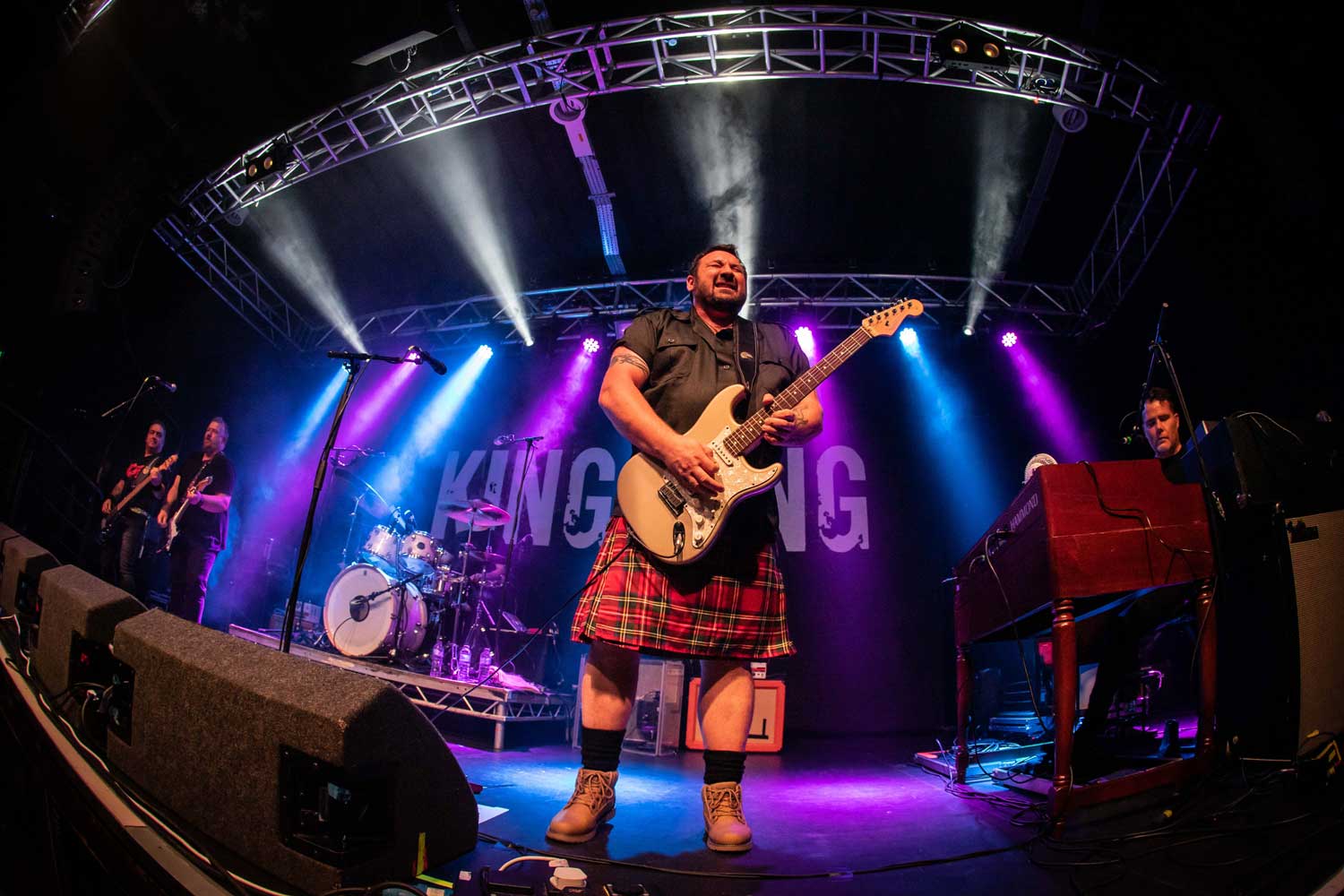 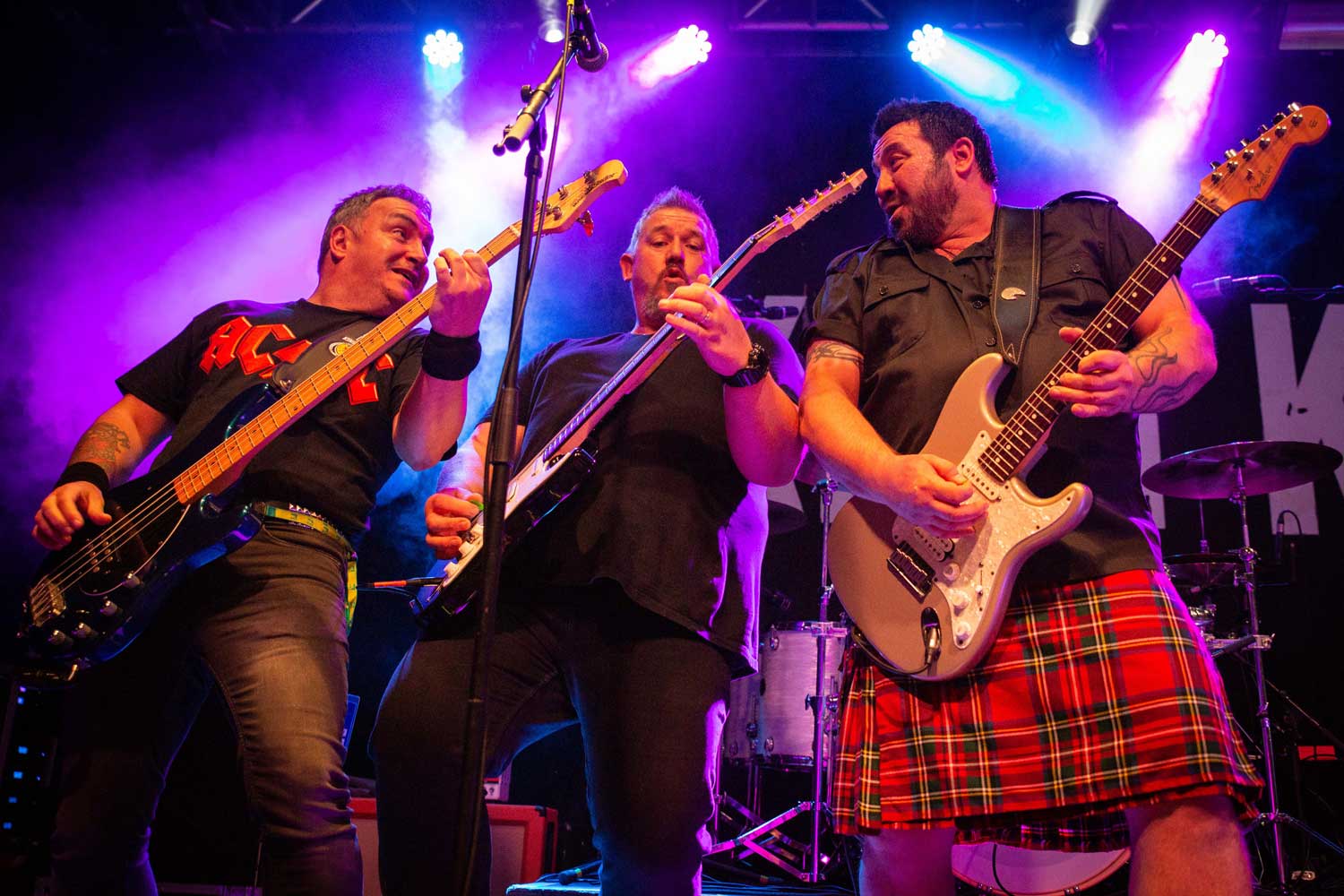 Of course, a lot has changed in the King King camp since their last full UK tour, including three different personnel and the addition of a second guitarist. However, for the avoidance of doubt, despite the group featuring Alan and Stevie Nimmo – there are no signs of any Nimmo Brothers material in tonight’s setlist – that is a completely different band altogether. Although the benefit of having the two brothers onstage together, is the way they complement each other as both guitarists and vocally. And of course, their stage chemistry. 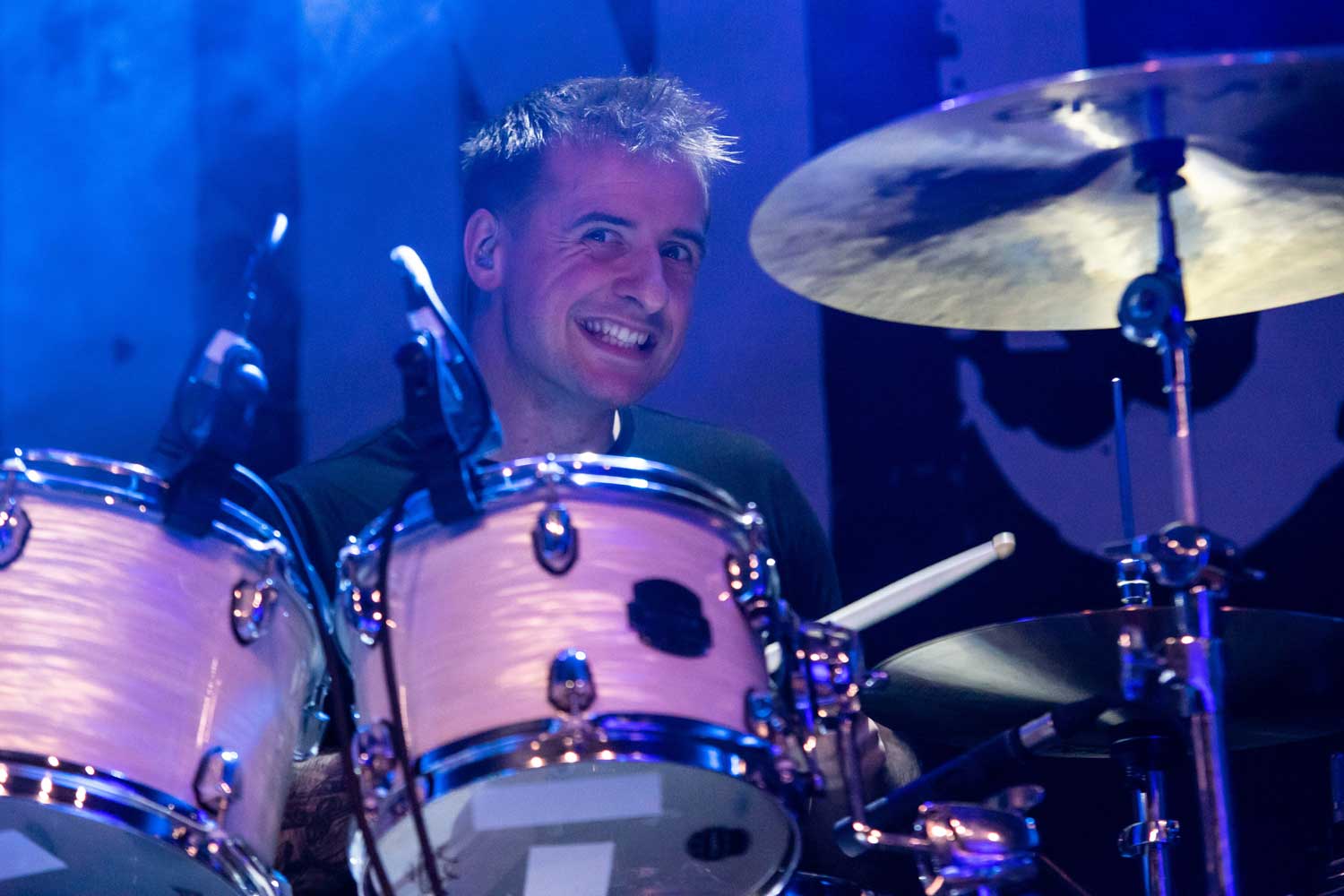 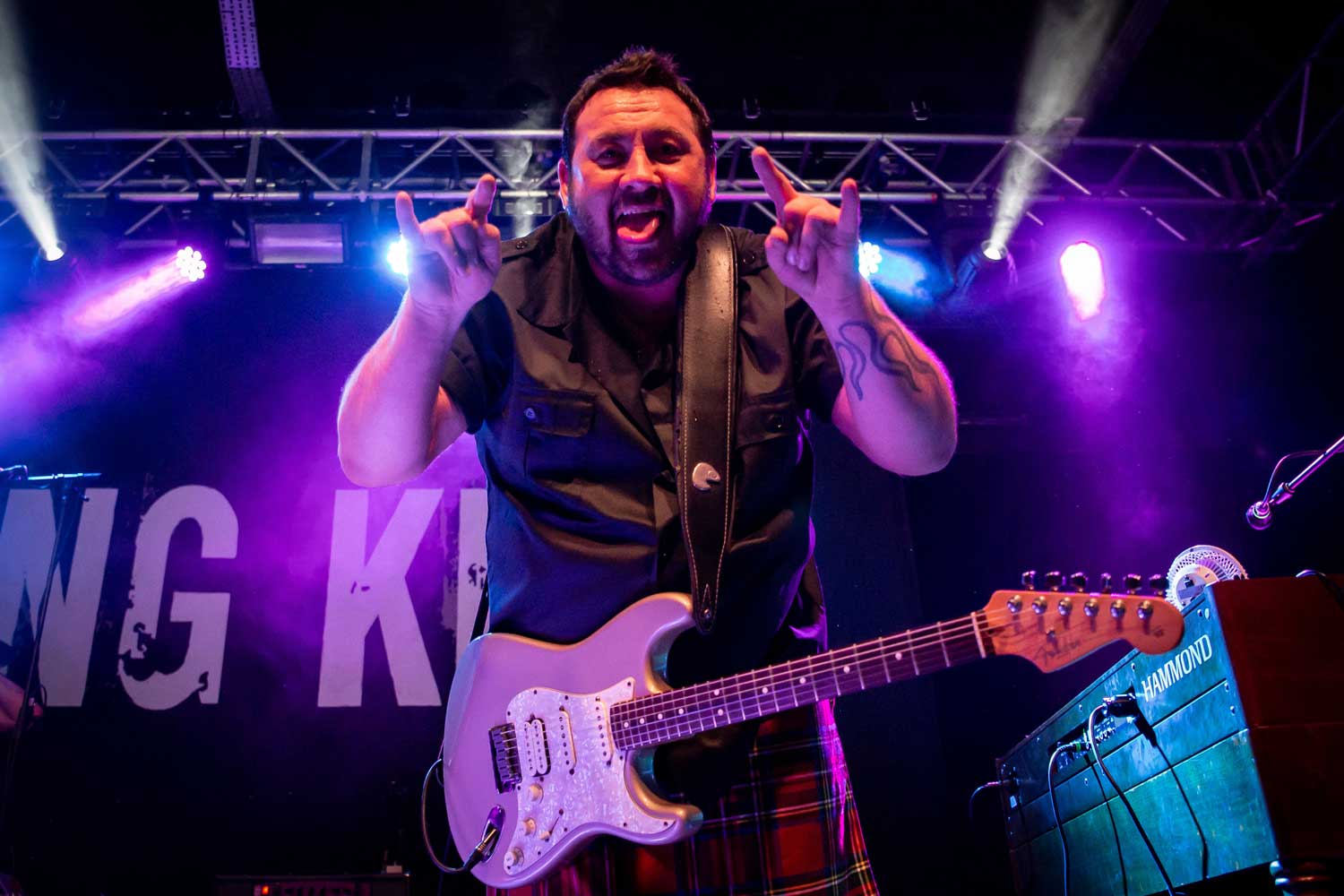 As has become customary Alan dedicates “You Stopped The Rain” to brother Stevie, only this time they get to play the song together. “I Will Not Fall” closes out the main set, but perhaps, one of the most notable inclusions of the evening is “When Winter Comes” which features during the band’s encore. This being a track which Alan penned for a movie. The powerful and emotive number leaves the audience spellbound. 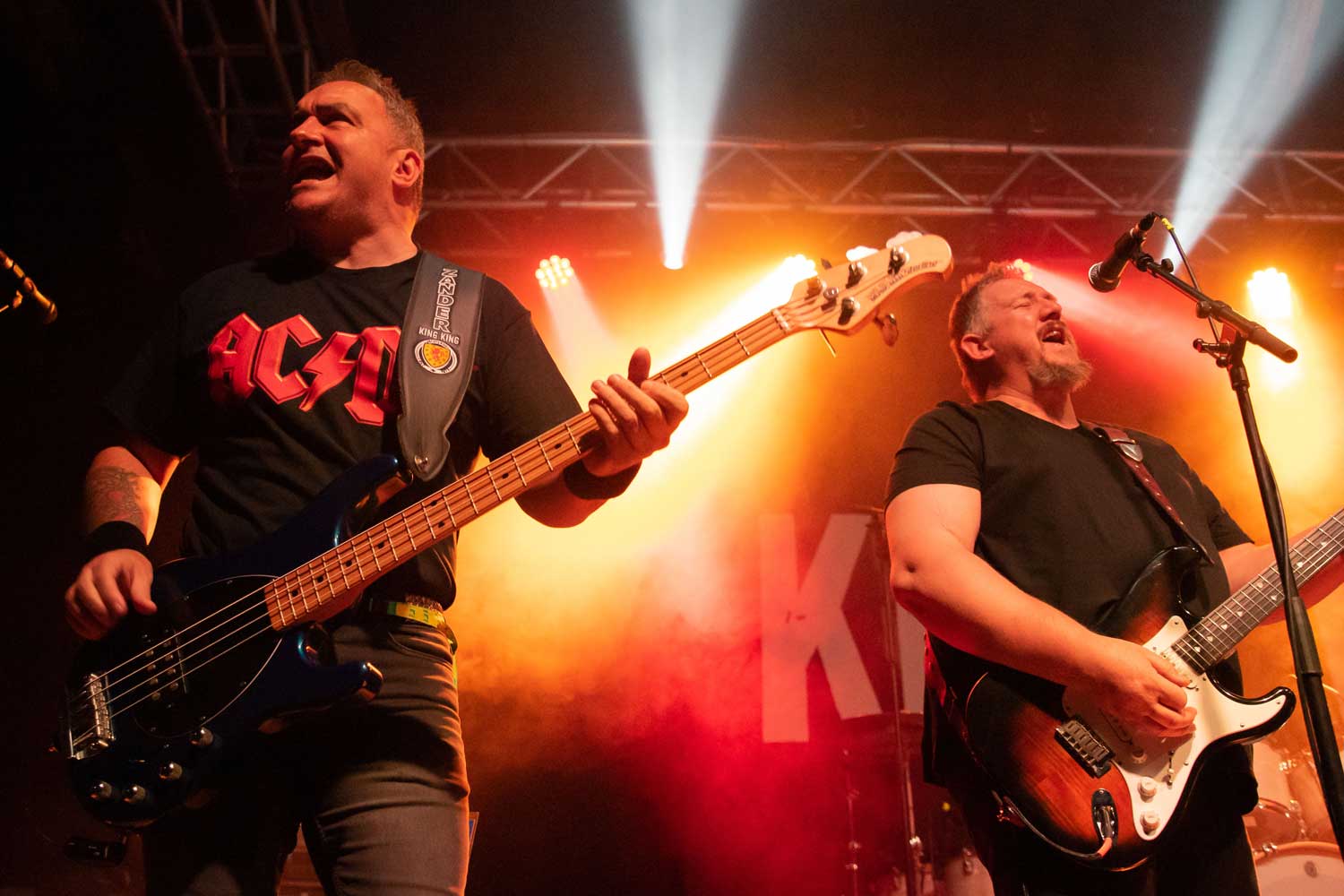 After a scorching rendition of “Stranger to Love” and the uplifting “Let Love In” it’s a big thumbs up from Alan Nimmo, and we would have to agree the feeling is mutual. Tonight, King King’s performance in Leeds is nothing short of majestic. 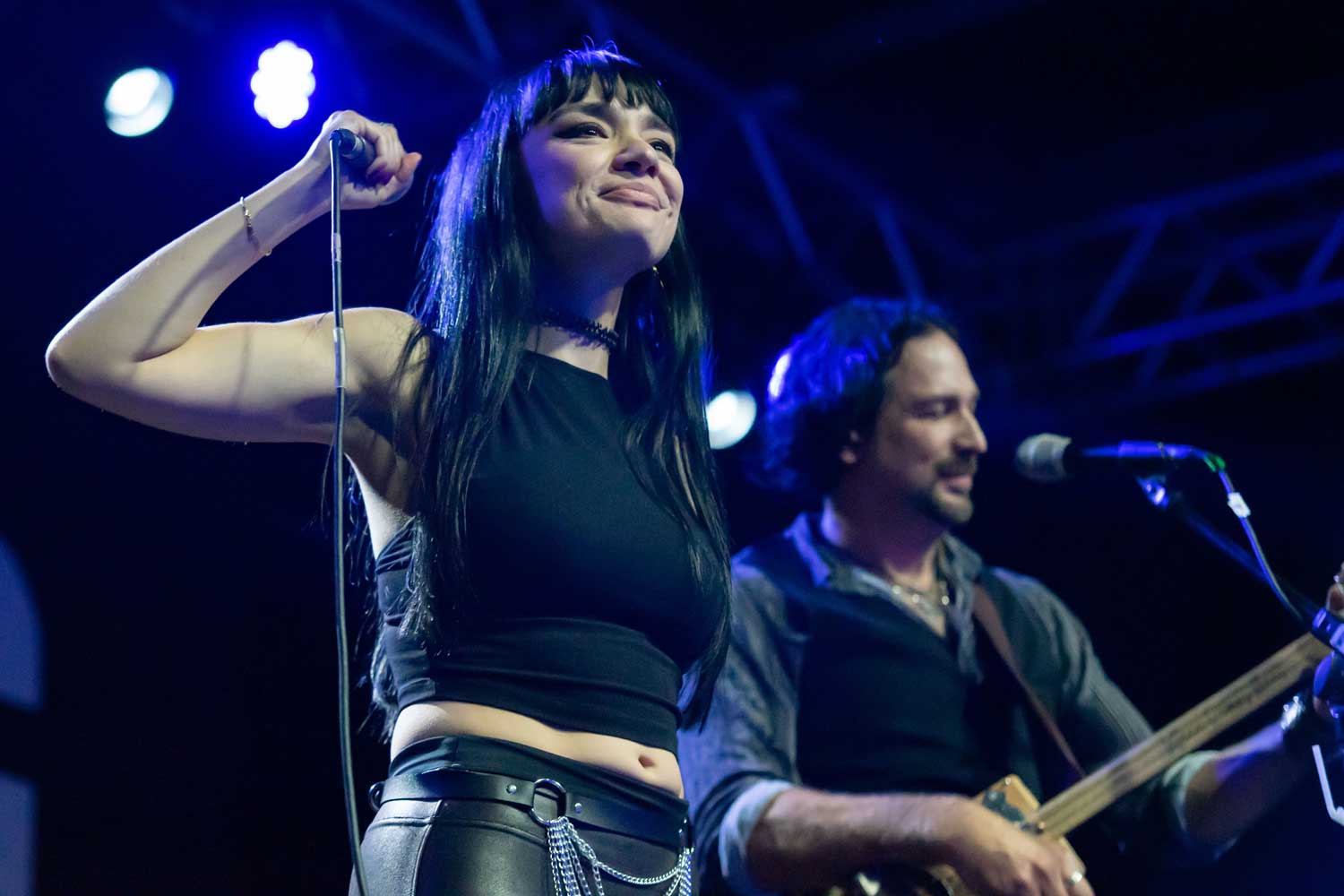 The bonus on this tour is the addition of breakthrough blues outfit When Rivers Meet. And judging by the number of t-shirts spotted on the front row bearing their moniker, I guess you could say the pair have brought their fans out in force. Although, the group are getting ready to release a new album ‘Saving Grace’ this evening’s setlist is largely drawn from the band’s last album “We Fly Free”. 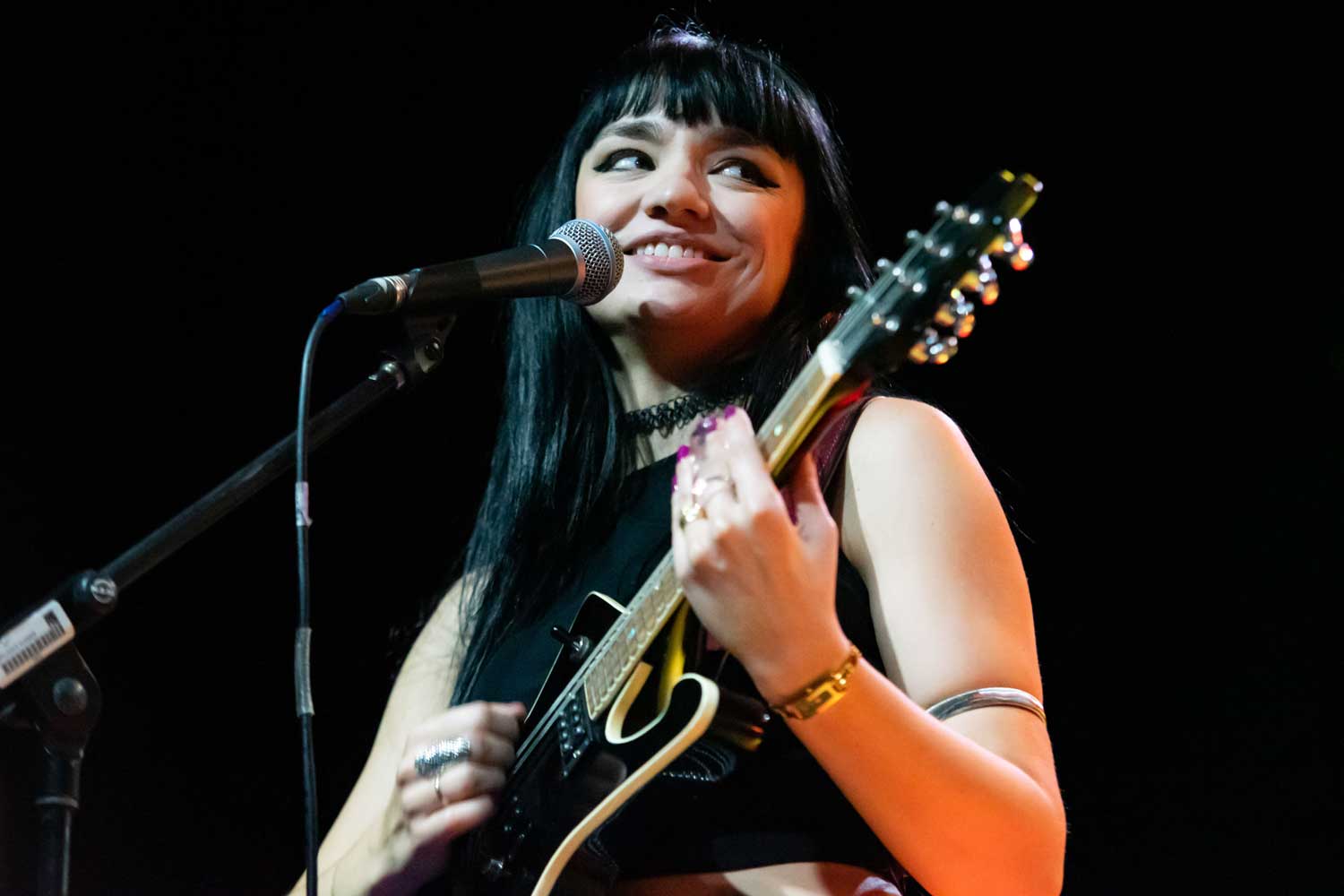 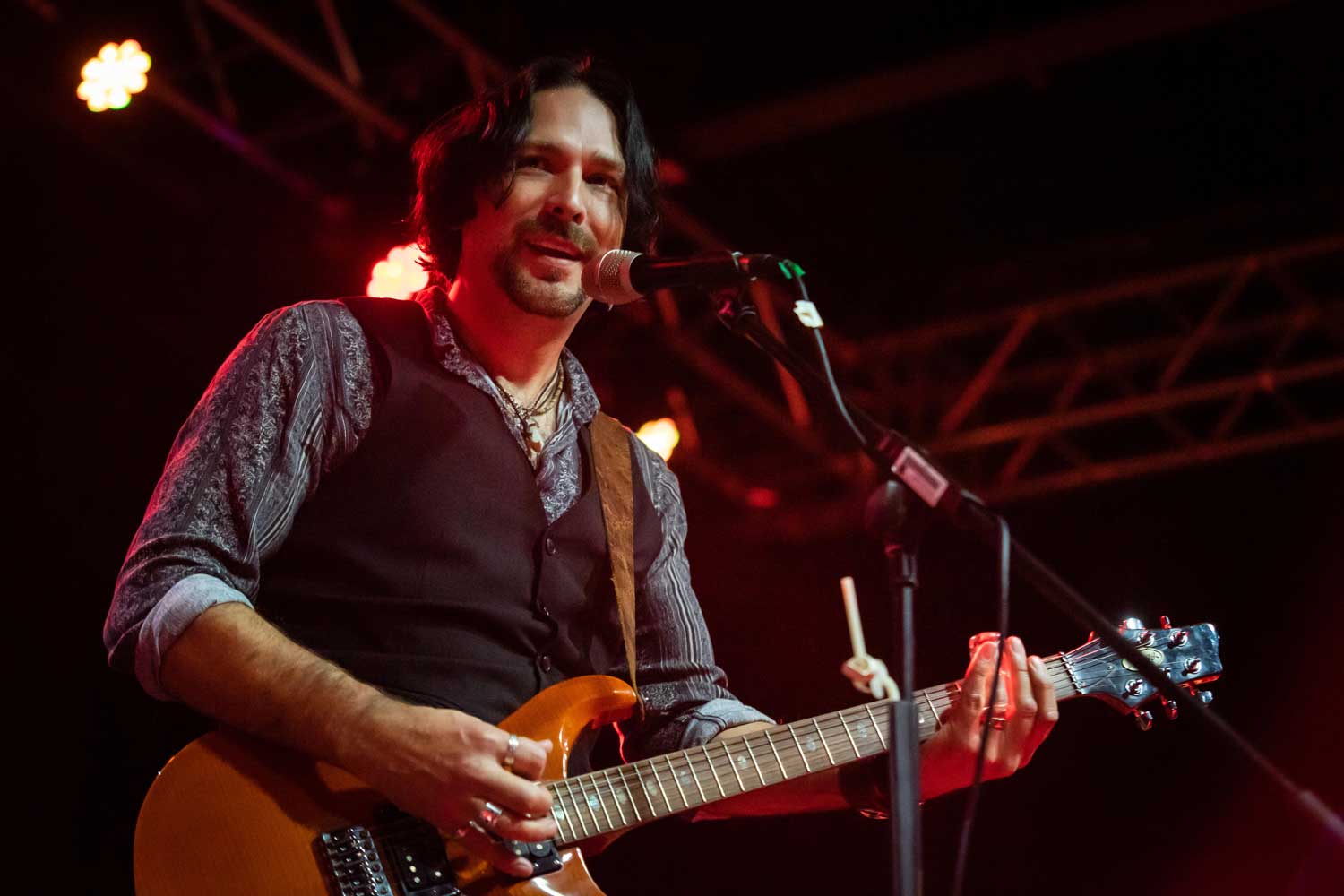 A foot stomping rendition of “Did I Break The Law”, gets things under way. Whilst the slide fuelled “Walking On The Wire” showcases the group’s sublime vocal harmonies. Furthermore, recent single “Battleground” is so infectious it sweeps you away. When Rivers Meet certainly win over the Leeds audience, with cheers of ‘more’ resonating around the room. With two award winning blues outfits on this tour, the fans are certainly getting a lot of bang for their buck.