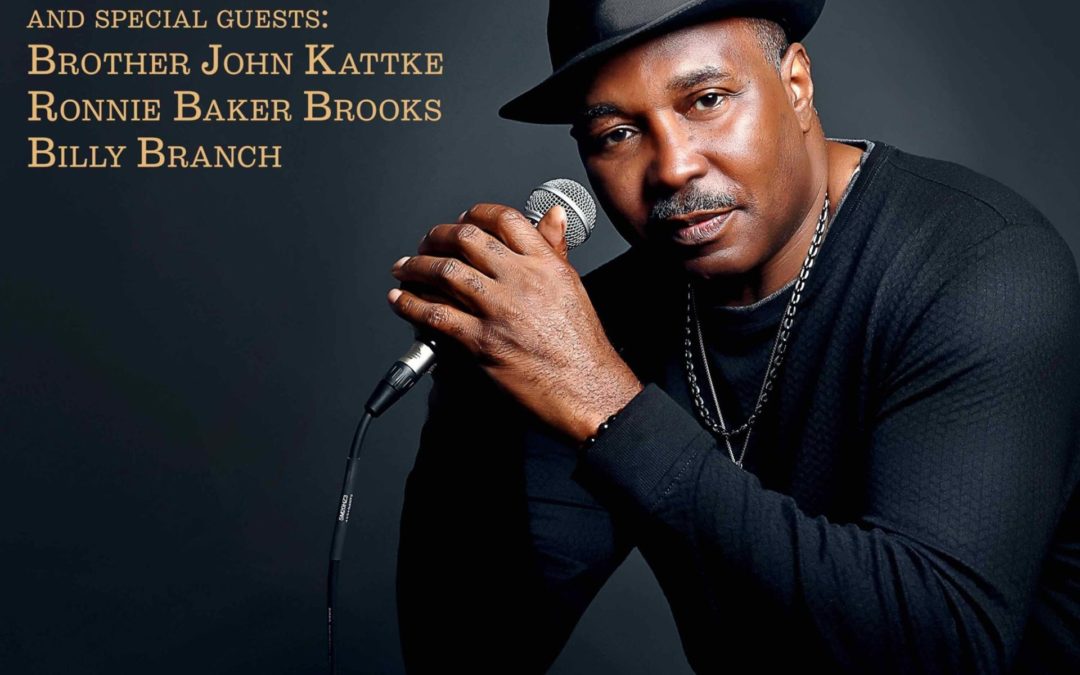 On 10th December 2020 we all learned of the devastating news that ‘Mojo’ Morganfield had suddenly died.

I, for one was totally stunned. I first came across Mojo about 3 years ago, quite by accident as it happens. I’ve been on Facebook for as long as I can remember, mainly because of my involvement with blues music. It was through this rather tenuous link that I first met Joseph. I do what I call a blues kitchen once a week.

This involves es me trying to cook something whilst listening to a blues album or two on vinyl. This particular night I had posted the meal that I was going to attempt along with the ingredients. The blues vinyl that I had chosen was Muddy Waters, Live At Newport 1960. A few people commented as per normal when I noticed that a Joseph Morganfield had commented, great album choice buddy. I thought to myself, that’s a coincidence and started to check. Lo and behold it was on his profile, Father, McKinley Morganfield.

To say I was shocked is an understatement. Then, almost straight away he sent me a friend request. From that day we became firm Facebook friends and had many a chat about blues music, his career, and what I was involved with at the time, writing for Blues Matters Magazine. He talked about recording an album with his band, The Mannish Boyz, and also about hoping to tour the Uk soon. We’d agreed to meet up at a gig and that I would interview him and also write a gig review for the magazine. Most weeks when I did a blues kitchen he would comment on the meal that I was preparing and about the album that I’d chosen for that night.

One night I played an album that my wife had bought for me for my birthday. Super Super Blues Band on orange vinyl ft. Howlin’ Wolf, Muddy Waters, and Bo Didley. It is an amazing album, to say the least. Joesph messaged me in almost disbelief that I had a copy. He said he had tried to get hold of a copy a few times but to no avail. I did a spot of looking out for a copy and luckily managed to get hold of a copy for him. I told him to send me his address and I’d send it to him. He was over the moon that I had found a copy and sent me his address and said he would send me the money. I replied that this was a gift from one blues brother to another. I sent the album and he sent me his profound thanks and said we’d hopefully meet up in 2021 if he managed to make it to the Uk on tour. Earlier this year he got married to Deborah and was so happy.

He had recorded and released Its Good To Be King as a single and was working on finishing his album with his band The Mannish Boyz. He is survived by his wife Deborah and his children, Joshua, Matthew, Gabrielle, Jordan, Jade, Julissa, and Bella and his step-children Annaliese and Amelia. I feel such a sad loss of a blues brother and a thoroughly nice guy that always had time for everyone. On Wednesday 9th December 2020 I once again found myself in my blues kitchen and had posted the recipe and ingredients for the meal I was about to attempt. The blues vinyl that I had chosen for that night….. Super Supr Blues Band ft. Howlin’ Wolf, Muddy Waters, and Bo Didley on orange vinyl.