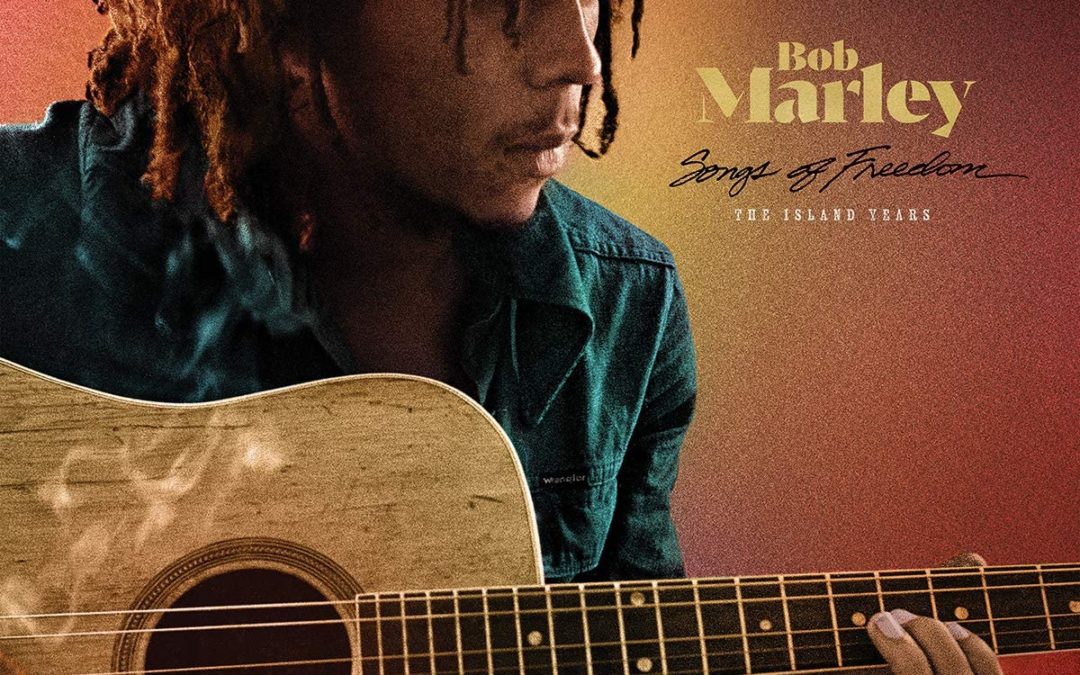 As the year’s celebrations commemorating the legendary Bob Marley’s 75th birthdaycontinue, yet more incredible collector edition items and activations have been announced and released for December and January 2021.

On January 29, 2021, the highly acclaimed Songs of Freedom: The Island Years, an extraordinary 6LP set, as well as a 3CD set, will be re-released worldwide. A limited-edition color 6LP set featuring two red, two green, and two gold vinyl LPs will also be available.  Streamlined to the period of Bob Marley’s emergence and stardom, with rare tracks on vinyl for the first time outside Jamaica, Songs of Freedom: The Island Years is available to listen to or pre-order HERE.

In addition to Songs Of Freedom, twelve limited-edition Bob Marley vinyl LP’s pressed exclusively at the legendary Tuff Gong International headquarters in Kingston, Jamaica, will be available on January 22, 2021. The Jamaican pressings will include nine original studio albums, two original live albums, plus the world’s best-selling reggae album, Legend, all individually numbered along with a highly-desirable Tuff Gong stamp. Catch A Fire,The Wailers‘ debut album, will be available in its original Jamaica-recorded version, with two extra tracks from the sessions and some tracks with longer fades. Originally recorded in Jamaica, Catch A Fire was eventually released with overdubs and a mix overseen by Island founder Chris Blackwell at the label’s London headquarters. Produced entirely by Bob Marley & the Wailers and mixed by longtime Marley associate Errol Brown, this Jamaican version will be on vinyl for the first time. The limited-edition albums were pressed at Tuff Gong’s newly refurbished vinyl pressing plant, which re-opened in summer 2020 and will have an annual capacity of 250,000 units. Dave Cooley mastered each album at Elysian Masters in Los Angeles.  To view the full list of the limited-edition Jamaican LPs, click HERE.  Pre-order HERE.

Additionally, the long-awaited CD version of the iconic Complete Island Recordings LP box was recently released in Decemberand is available now. The Complete Island Recordings CD boxset consists of 11 albums packaged in CD wallets, which are housed in a brushed silver clamshell box that simulates the larger, hinged lighter from the LP set. The set includes all nine Bob Marley & The Wailers studio albums recorded for Island Records, plus two live albums, Live! and Babylon By Bus. To view the full list of the Complete Island CDs included in the box set, click HERE. To listen or purchase, click HERE.

Bob Marley’s Tuff Gong Radio launched last week on SiriusXM channel 19 and will feature the cultural icon’s entire music catalog, both live and recorded, including rare recordings, some of which have never been made available to the public. The channel, curated by the Marley family, will include a wide range of Caribbean music from its inception to the present day. Bob Marley’s Tuff Gong Radio will also highlight the branches of his still-growing musical legacy, including The Wailers, I-Threes, Tuff Gong International, the record label founded by Marley in the ’70s, and his children and grandchildren as they continue to make their own impact on reggae and popular music. Click HERE for more information on Bob Marley’s Tuff Gong Radio.

On Tuesday, December 15, Ziggy Marley will collaborate with Andra Day for an exceptional primetime performance for PLAY ON: Celebrating the Power of Music to Make Change, an extraordinary benefit concert broadcast, amplifying awareness for transformational racial, social, and food justice. The one-hour special will air on the CBS Network at 8/7c. Ziggy Marley will performsongs from his own catalog while also paying homage to his father’s legacy by performing one of Bob Marley’s legendary tracks. The benefit concert special will raise funds for two long-standing and vital philanthropic organizations, the NAACP Legal Defense & Educational Fund, Inc. (LDF) and WhyHunger, through the Play On Fund created by Sixdegrees.Org.  Click HERE to learn more.

A dedicated website for Bob Marley: Legacy was recently launched. A 12 part mini-documentary YouTube series, Bob Marley: Legacy features a collection of intimate conversations and interviews with his family, friends, and fans, Woven together with his original music, remixes, and covers. The series is a cinematic journey through the life, legacy, and relevance Bob Marley still holds today.  Watch episodes one through seven HERE and stay connected to receive updates when new episodes are posted. Curated EPs based on the Bob Marley Legacy series music are also now available on Bob Marley’s Official YouTube Channel. Listen now to the songs featured in episodes such as 75 Years A Legend and the most recent installment, Freedom Fighter.

Also out now and available exclusively to Amazon Music, Bob Marley’s Legend is available in Dolby 3D Atmos. For the first time, fans can listen to classic tracks, including “Is This Love,” “Three Little Birds,” and more like never before. Listen HERE

Bob Marley remains one of the most followed posthumous artists on social media in this digital era, and MARLEY75 will serve to bring his music and message to the digital foreground, reaching new audiences and perspectives with innovative content and groundbreaking technology. Special live events, exclusive digital content, recordings, exhibitions, plus rare and unearthed treasures will also be revealed throughout the year. Bob Marley’s music continues to inspire generation upon generation, as his legacy lives on through his message of love, justice, and unity, a sentiment needed more than ever in 2020. In conjunction with Tuff Gong and UMe, a division of the Universal Music Group, the Marley family will continue to ensure the highest quality, integrity, and care is taken to honor Bob’s legacy and to celebrate one of the 20th century’s most important and influential figures.