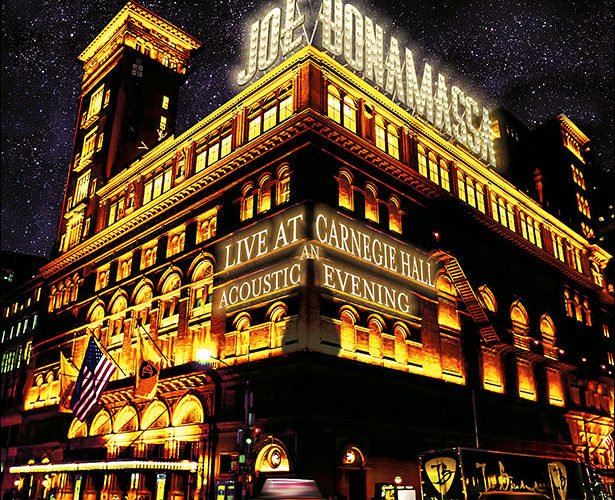 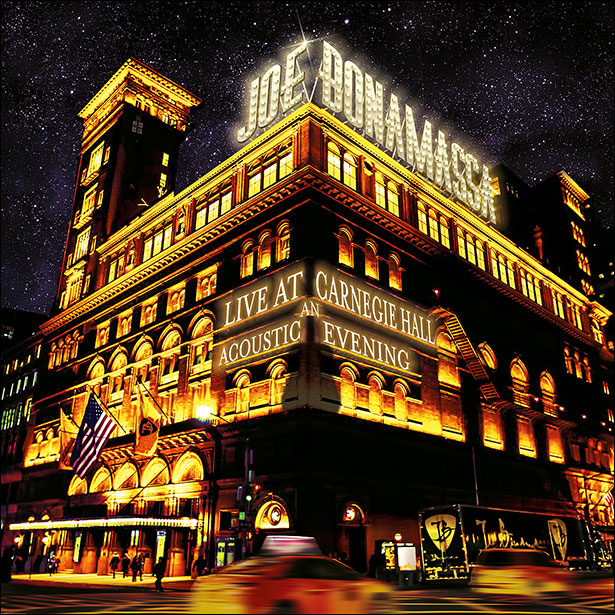 Both performances were filmed and made into “Joe Bonamassa Live At Carnegie Hall – An Acoustic Evening“.

An evening of extraordinary music with new arrangements of favourite songs as well as brand new, never-before-heard songs, “Joe Bonamassa Live At Carnegie Hall – An Acoustic Evening” will be released on CD, DVD, Blu-Ray and Vinyl on Friday 23rd June 2017.

The concert was part of a special all-acoustic tour and featured an all-star ensemble of world-class musicians.

Acclaimed Chinese cellist and erhuist Tina Guo, who’s repertoire stretches from classical to heavy metal; and Hossam Ramzy, the Egyptian percussionist and composer, who has performed on dozens of film soundtracks and records, including on Jimmy Page and Robert Plant’s No Quarter: Unledded Tour.

Bonamassa comments: “Despite being among the most ambitious things I’ve done – I played with a 9 piece acoustic band – It came out great. It was a typical Joe freak show.”

Everyone knows the old saying about how to get to Carnegie Hall, but Bonamassa has truly lived that advice.

His entire life and musical career had been practice for this moment, and a young blues-boy finally made good on a childhood dream of playing one of the most hallowed stages in the world.

This stripped-down, all-acoustic show allowed his fans a glimpse into his soul and presented a thrilling and musically dangerous spectacle akin to walking a tightrope without a net. 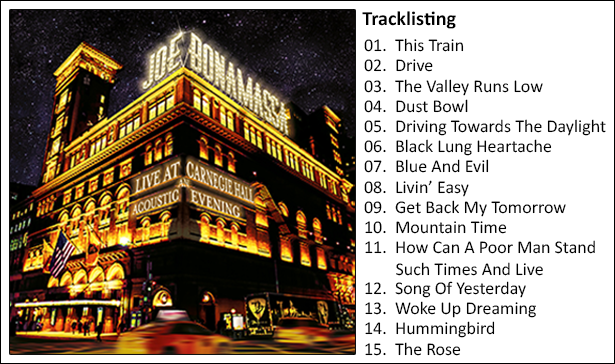 FOR ALL OTHER INFORMATION, INCLUDING TOURS, PLEASE VISIT – Joe Bonamassa