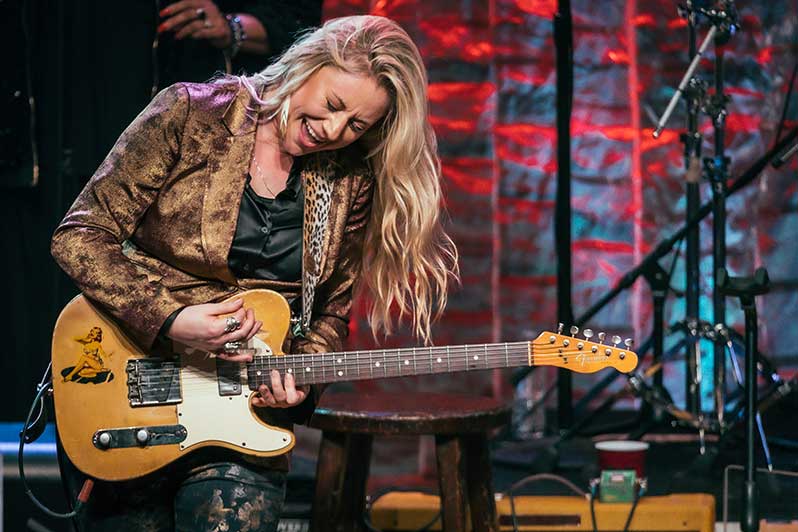 Joanne will perform songs from her latest critically acclaimed album The Blues Album which topped Billboard Magazine’s Official Blues Album Chart. The album was also voted #1 Most Played Blues Album of 2021 by the Independent Blues Broadcaster’s Association. Joanne will also dig deep into her rich back catalogue where she will hand-pick songs from her albums Reckless Heart, Wild,The Dirty Truth, Almost Always Never, Diamonds in the Dirt, and White Sugar.

Over the past two decades, Joanne has proven herself as a prolific songwriter, releasing seven acclaimed albums under her belt, each increasingly more successful with her 2019 album Reckless Heart breaking into the UK Top 20 Album Chart and cementing herself as one of the most important guitar exports in British blues-rock. 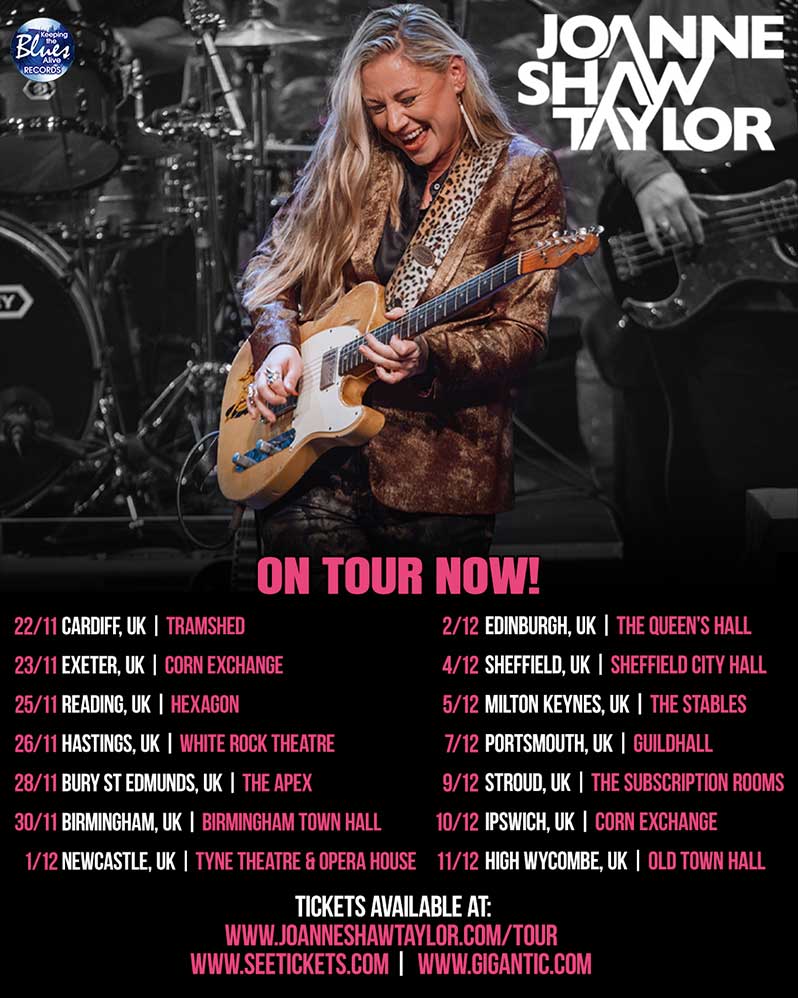 “I’d known from the beginning of my recording career that one day I wanted to record an album of blues covers, I just wasn’t sure when the right time to do that would be,” says Joanne. “I’ve always found it far easier to write my own material than come up with creative ways to make other artists’ material my own.”

When the pandemic put the brakes on from musicians from touring during 2020 and 2021, Joanne thought it was the right time to head into the studio to record The Blues Album.

“We wanted to make a tough vocal centric straight blues record that showcased Joanne’s amazing talent but in a slightly different light,” explains Bonamassa. “Josh and I tested Joanne’s limits and pushed boundaries.”