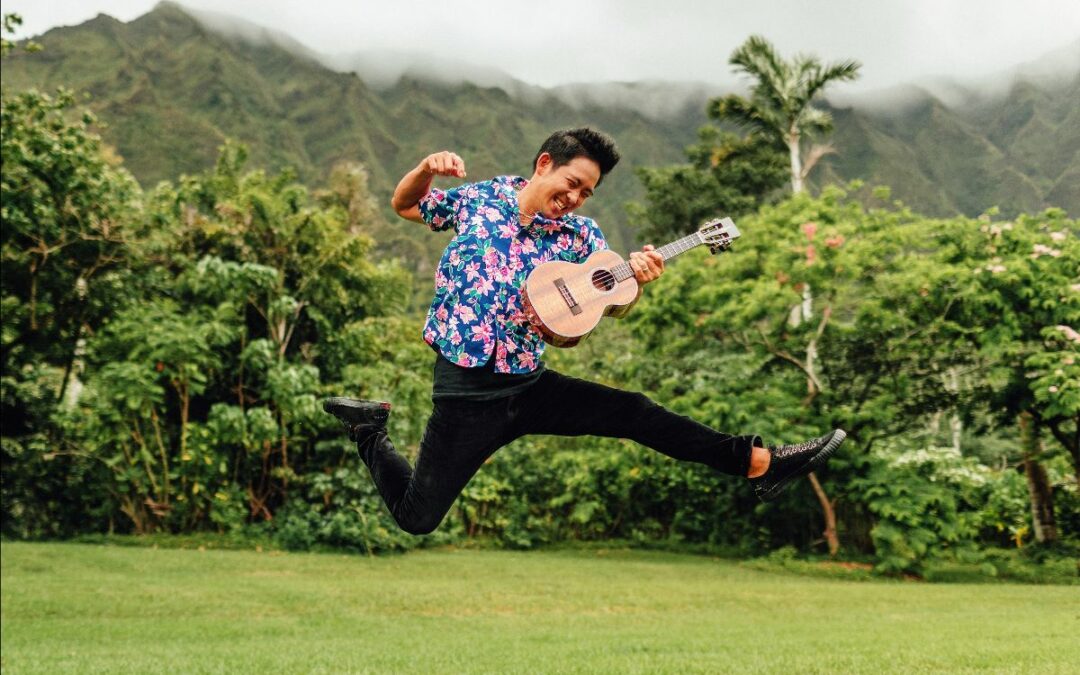 Shimabukuro’s incredible latest album Jake & Friends was released in November last year and featured a who’s who of music royalty. Willie Nelson was the first artist to take part, and significantly he chose his signature song, “Stardust” which he first recorded over 40 years ago. The opening track, “A Place In The Sun”, was suggested to Shimabukuro by his chart-topping friend and fellow Hawai’i-born Jack Johnson. With Shimabukuro’s whimsical ukulele playing supporting them, Johnson and guest vocalist Paula Fuga absolutely sparkle. “Why Not,” written and sung by multi-platinum hitmaker and movie soundtrack king Kenny Loggins. He had already become acquainted with Bette Midler – back in 2010, the two performed for Queen Elizabeth II, no less. When he reached out to the Divine Miss M, he requested that they re-imagine his mother’s favourite song, “The Rose.”

He will be touring as a duo alongside bassist Jackson Waldhoff, and talking about coming over to the UK, he says, “I am so grateful for the opportunity to return to the UK this summer. It is so wonderful to be able to share the sounds of the ‘ukulele with a live audience again. My visits there have always been very memorable, and I am looking forward to connecting with the UK music community again.”

Jake’s head spins when looking over his high-wattage guest list featured on the album – Willie Nelson, Bette Midler, Jimmy Buffett, Moon Taxi, Kenny Loggins, Michael McDonald, Vince Gill and Amy Grant, Jon Anderson, Ziggy Marley, Warren Haynes, Jack Johnson, Jesse Colin Young, Ray Benson & Asleep at the Wheel, Sonny Landreth, Lukas Nelson, Billy Strings. “I have to pinch myself when I see those names on my own album,” he says. “It’s like, ‘Did that really happen?’ Making the album was a real challenge, but I’m deeply honoured that all artists agreed to record with me.” 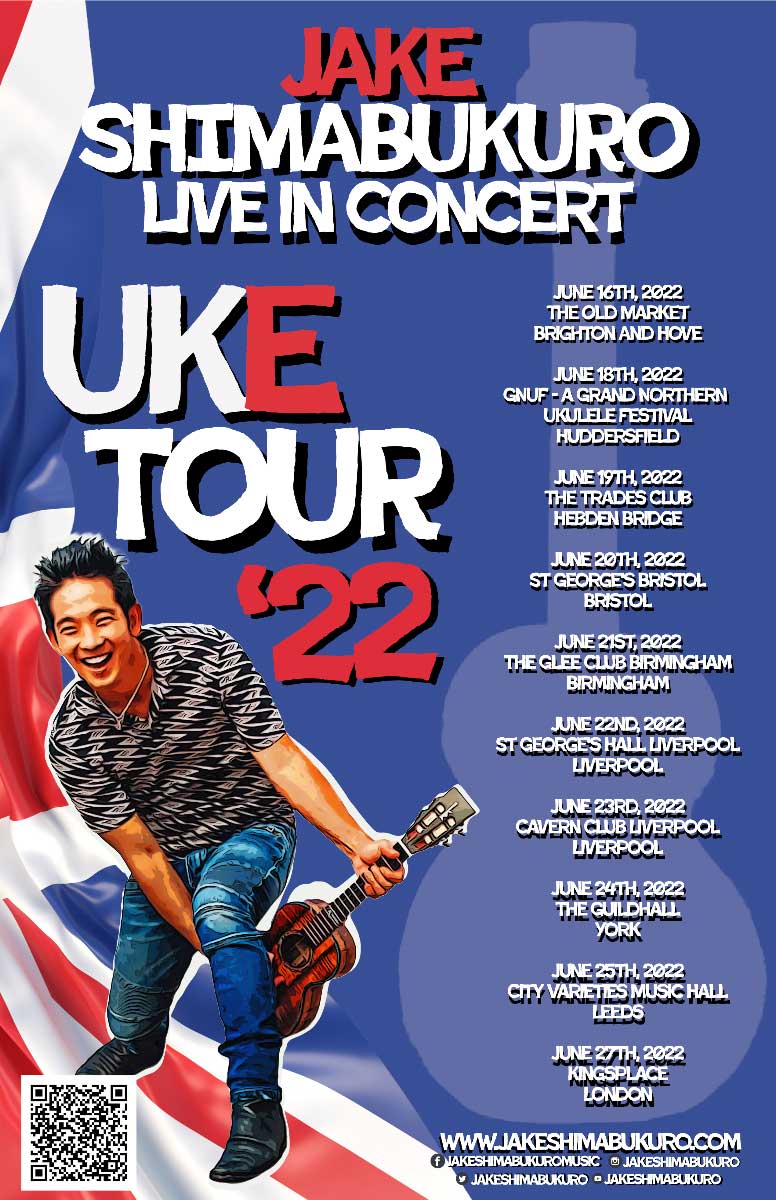 Over the past two decades, Jake has proved that there isn’t a style of music that he can’t play. While versatility for any musician is impressive, what’s remarkable about Jake’s transcendent skills is how he explores his seemingly limitless vocabulary – whether it’s jazz, rock, blues, bluegrass, folk or even classical – on perhaps the unlikeliest of instruments: the ‘ukulele. Responding to the urgent calls of his fervent imagination, Jake has taken the ‘ukulele to points previously thought impossible. In the process, he’s reinvented the applications for this tiny, heretofore under-appreciated four-string instrument, causing many to call him “the Jimi Hendrix of the ‘ukulele.”

Jake’s incredible journey has taken him from local phenom to YouTube sensation, from playing tiny clubs to headlining the world’s most prestigious concert venues like the Hollywood Bowl, Lincoln Center and the Sydney Opera House. He’s performed on the biggest TV shows and has released a string of award-winning, chart-topping albums. He was recently nominated by President Joe Biden to serve as a Member for the National Council on the Arts. It’s fair to say that Jake has picked up more than a few admirers – millions of them, actually – but it wasn’t until he began his latest album that he discovered how many of his fans were, in fact, his very own musical heroes.