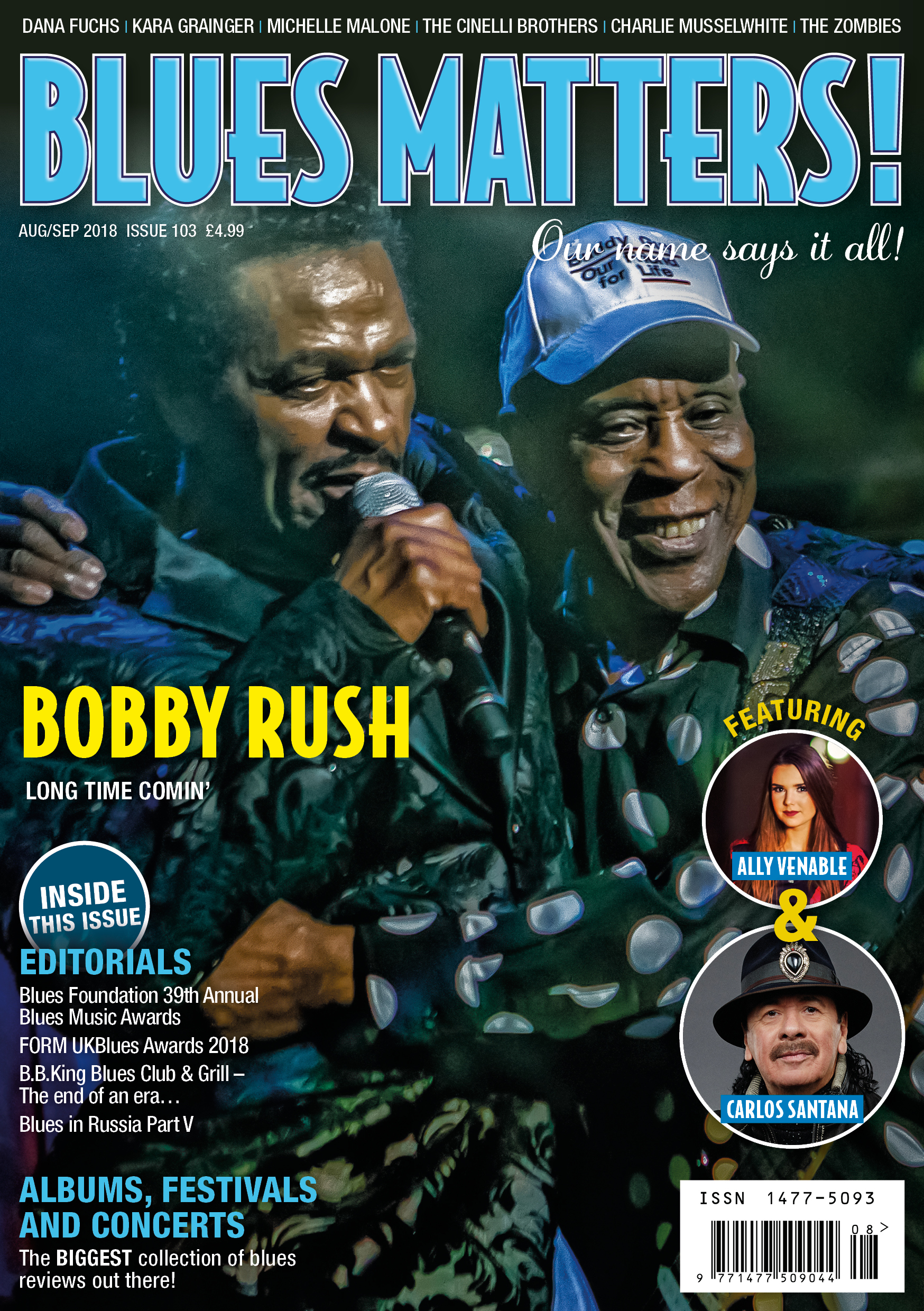 Highlights in Issue 103 are…

Everyone gets the blues, even country music stars like Crystal Shawanda who talks about her return to the blues following a successful country music career in Nashville.

Crystal has two blues albums out – The Whole World Has Got The Blues and more recently Voodoo Woman, she is also a successful record producer.

Michelle Malone is a singer and songwriter who has been on the music scene for thirty years. She has had much success and critical acclaim.

Her style is not pigeon-holed but influenced by blues, rock & roll, Americana and pure Georgian Soul. Here we cover her new release Slings and Arrows plus other topics.

Australian soul slinger Kara Grainger is known for her groove-driven sound and dirty mean slide-guitar. Her sultry vocals can break hearts and souls.

In this edition, we cover her new album Living With Your Ghost.

We also interview legendary harmonica genius Charlie Musslewhite who tells about his early career and about playing gigs with Muddy Waters in Chicago.

The concluding conversation with keyboard ace Zoot is also here in part 3, and we wrap up the interview with Scottish vocalist Maggie Bell from Stone The Crows with part 2. The Zombies also give their final five selection of blues songs in part 2 of their chat with our writer.

In this issue, we cover many exciting features such as the closing of B.B. Kings Bar & Grill in New York City, which saw performances from Buddy Guy, Bobby Rush and guest Tom Hambridge.

There’s Blues In Russia Pt. 5. Phenomenal Blues Women – on Geeshie Wiley. And, we have a great piece on the legendary UK DJ Kid Jensen.

We have many Festivals, Gigs, Books, DVD’s & Albums covered just for you.