In discussion with… Dave Cantwell 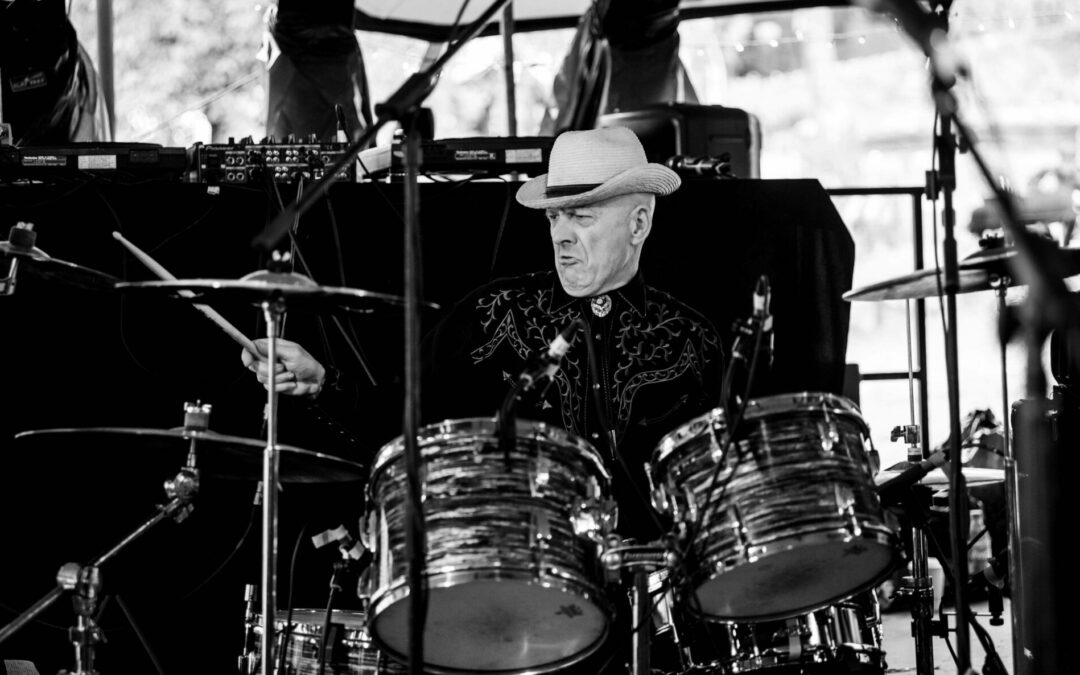 Based in Stirling Scotland, Dave Cantwell is a professional Musician who has had a lifetime playing drums and has worked with many great artists in his 40 years behind the drum kit, including playing with John Martyn, Earl Thomas, Greig Taylor, GT Boos Band and The Blind lemon Gators to name a few.

Applauded for his passion and total commitment to any project he works on, Dave’s technical skill, creativity and ability to cover all styles is well known.

Dave Cantwell is a great live drummer and well versed in using clicks and sequences when necessary in that capacity. Blues Matters caught up with Dave recently after shooting a video with Greig Taylor, a cover of Depeche Mode’s Personal Jesus, for release later this month.

He also has many studio recordings under his belt and is very comfortable in that environment. His style of drumming covers various genres, steeped in blues tradition but he is equally at home playing other styles, here he tells us about some of those influences and projects he is involved with. 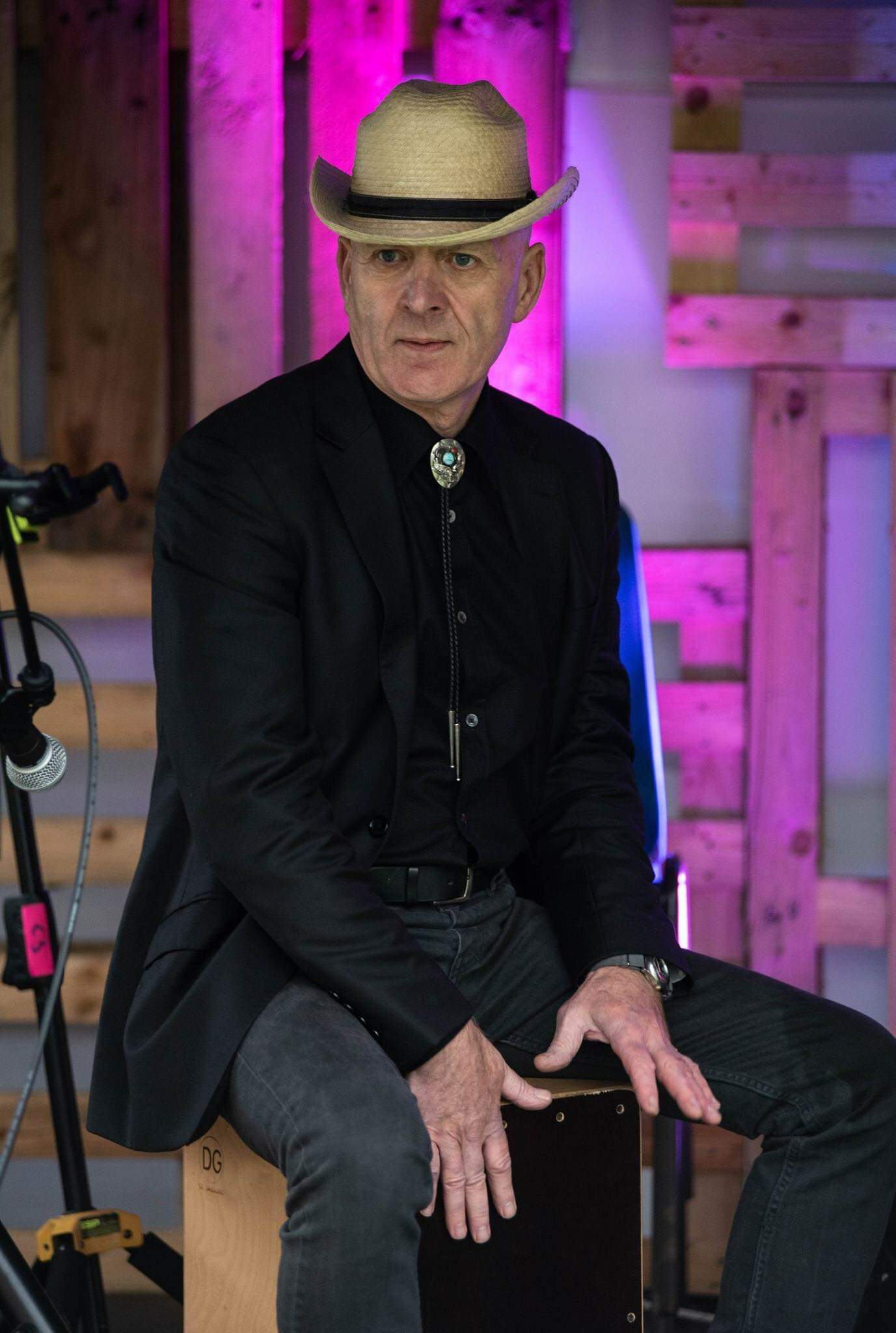 Hi Dave, how are you today, what are you up to these days?

About three weeks ago I thought, this is the new normal! This is where we are at the moment and I’ll work within the parameters I’ve got, then anything else is a bonus. I got a whole lot of home recording stuff and start doing the things I didn’t do before. Emailing tracks, recording drums here that sort of thing. Back in the day when drum machines came in I was ahead of the game. I’ve been getting back to doing what I started out doing. We start with the blues and rock. I grew up listening to The Beatles, Rolling Stones and The Hollies, I loved all that. I started playing when I was maybe twelve or thirteen. My parents said “There will be no drums in this house”. But I had a Saturday job and saved up my money and bought some. My parents made me get lessons so I was taught! All the underground bands were kicking off when I started playing in bands, Zeppelin, Free and Taste. First band I saw was Derek And The Dominoes, then Led Zeppelin. From a drummers perspective John Bonham is still the Governor, he’s stood the test of time, and he was always an influence. Had a similar conversation with Ted McKenna about this. Used to go to the dancing at Coatbridge, Robert Plant’s band, Band Of Joy with John Bonham on drums. Seeing him was a game changer for Ted as well. These guys would say they were really a blues band. I didn’t get that. Blues to me in Britain was John Mayall. People say “Oh you’re playing blues again these days”. I say that’s how I started but I play all the grace notes now (A note preceding another note, like a flam: two single notes played by alternating left and right hand). The left hand is most important when you’re playing blues.

I chose the drums because I was rubbish at guitar playing. I had a notion to try the drums. There’s a difference between wanting to be a musician and wanting to play in a band. I wanted to play in a band. It came natural and I was getting lessons. From thirteen I was gigging with men in their twenties. First band was a Rolling Stones cover band. I loved Cream and Led Zeppelin, big game changers. You knew it was good music because your parents hated it! I loved The Beatles; they did blues and rock and roll. You wouldn’t let your daughter go out with a Rolling Stone.

Simon Kirke of Free’s style was easier to copy; he was more straight down the line, “meat and potatoes”. I liked Ringo but also Bobby Elliot from The Hollies. Mitch Mitchell who played with Hendrix was an influence. He described himself as a Jazz drummer. Reflecting now he was totally pulling from jazz. I like David Garibaldi who played with Tower Of Power. I like Frank Beard from ZZ Top. A lot of the blues players have the feel with the left hand. Anton Fig is a great player, I have many influences.

I played with a girl singer in a punk band called Good Times, then went to Germany and played the American army camps. It was during the Cold War time. We came back our Agent got us a residency with Mecca nightclubs. We were paid; the money was a novelty to us! We then became the band Zoom, six piece band. We became the resident band at Tiffany’s in Edinburgh for eight months. Then we went to Newcastle for two and a half years. After that I’d had enough even though many good musicians passed through this band, it became a cash cow for those artists on their way to London. Scott Firth who played with Stevie Winwood used to be in our band. It was a professional cover band. I started getting session work, any band; this was the New Romantic time. One advert I had to do in a Scottish pipe band style, I managed to bluff my way through it. I couldn’t figure how it was all pieced together though. I joined a pipe band to unlock drumming secrets and leave before they made me wear a kilt! It didn’t work like that; we were playing the Prices Street Parade in Edinburgh!! I went home and put the kilt on; it was like looking at some Highland cousin. I loved the pomp and circumstance, but treated it as a different instrument. It came in handy when I got back to the blues. It’s what the Americans call a cadence. Blues evolved out of the old Civil War maxim. That’s where the pipe band came in handy. When I did the Blind Lemon Alligator’s album, they did a track called Better Land and I used the cadence element with john Bonham’s bass drum licks. I did the single Walking Free with Sister Gavin and The Gator recently, the longer version of which has the cadence style on it. I’ve found a niche.

I had a vintage car and Kenny McDonald who was John’s guitar roadie said John saw your car and wondered if you’d do his wedding. I did his wedding and he said he was auditioning drummers for his upcoming tour. I asked if I could get an audition and did twelve gigs with him. He was a big personality. He’d pull you up if the band wasn’t good. If he was on form the band played out of their skin. Rehearsals with John Martyn were interesting. If he wasn’t happy with the band he started shouting “ Get the fucking groove, the groove is bigger than all of us”.

There was an Edinburgh band called Red Smithereen. They were doing a showcase where four record companies came to see them. The drummer had broken his elbow could you learn the set, that’s what I did. The Virgin A&R man signed The Big Dish. He came to me after the gig “I like what you do we’re looking for a drummer for The Big Dish, would you be up for doing an audition? I got the job and was two and a half years with them. We did a video in Hollywood. We supported Big Country as well that was all good. I moved up North before they lost another record contract. I was also given an audition for the Waterboys it was nice to be asked!

Next I did some Celtic Rock stuff. Brian McAlpine who was in The Pearl Fishers a great Producer did the album, it was well received. The band was a mix of funk meets traditional folk. I made another album with Ceilidhdonia a good working band, we did T In The Park, and I play with them when not doing blues.

I was impressed by Greig Taylor and his drive. I wanted to get back into proper music. We talked and got a band together. We did an album of covers, Greig Taylor’s Songbook and one song Dancing In The dark we did for charity. We’re getting round to doing a blues album as well. We gigged as The Greig Taylor’s Blues Combo, Sandy Tweeddale on guitar, Al Jones on bass and Gill Hunter on keyboards. Muddy Manninen from Wishbone Ash joined later. We toured with Earl Thomas, he hired the band. I did the drumming for The Blind Lemon Gators. The drumming was one take on the album Gatorville; it has “a liveness”, produced by Wayne Proctor. I have a couple of other albums to do, Country Americana style.

Also with Greig Taylor we just did a video for Personal Jesus. I didn’t put a drum fill in it, but it didn’t need one!

I lost a lot of drum pupils. I didn’t adapt to the new normal, I expected to go back to face to face lessons. When I go remote I’ll do some online teaching. You’re never too old to learn. Five years I went to Ted McKenna to learn more drumming skills. He had the whole picture; I had a bit of it. He would play paradiddles (Two strokes followed by a double stroke). I was a big fan of his when he was in The Alex Harvey Band anyway. To get lessons from him it was great, we became big friends. At lessons if I liked something I heard I stopped him and he explained how he did such a thing. He always played the song which was a vehicle for his drum talent. He never overplayed as well. He liked the pipe bands also. Cadences are used in more traditional blues tunes. It’s a handy skill; if you don’t know the rudiments it could sound scruffy.

On live events, he was sanguine. Sixty percent of my time went on playing gigs and teaching, but with this pandemic it’s all gone. Thankfully I have a facility to practice. It’s like taking something that’s very important to somebody that’s in their soul and no substitute there! I know a professional backing drummer who is packing shelves in Aldi’s supermarket, he has to pay his bills. I have an Antique and holiday leasing business, I can afford to be a musician now. Record Companies were dominant when I was in the Big Dish, they would invest and develop the artists. There are buy on’s, that was money well spent, this seems lacking in music nowadays. Streaming quality of songs nowadays doesn’t sound as good and the artist hasn’t a Record Company. The days of the superstar are over. The blues scene never goes away, it’s always there! When people play blues, they’re getting back to their roots. The people they have drawn from drew it from somewhere else and so on.

I’m happy playing my music from the heart. If you’re a working musician it can become a chore. A lot of people get tied up in the money side. After I got nearly famous I played shitty gigs for shitty money so I stopped and worked in the Forestry for a few years as a Manager. I still practice every day still play my Ludwig sixties drum kit!

We went on to talk about the reality of playing live gigs again in a post pandemic world, Dave is positive there will come a day but they won’t be the same to begin with. It was a fascinating insight into a very experienced musician’s life; Dave has come full circle back to playing the blues music he loves. That is the essence of blues music it always tempts you back, once you get the blues music in your life you’re hooked! 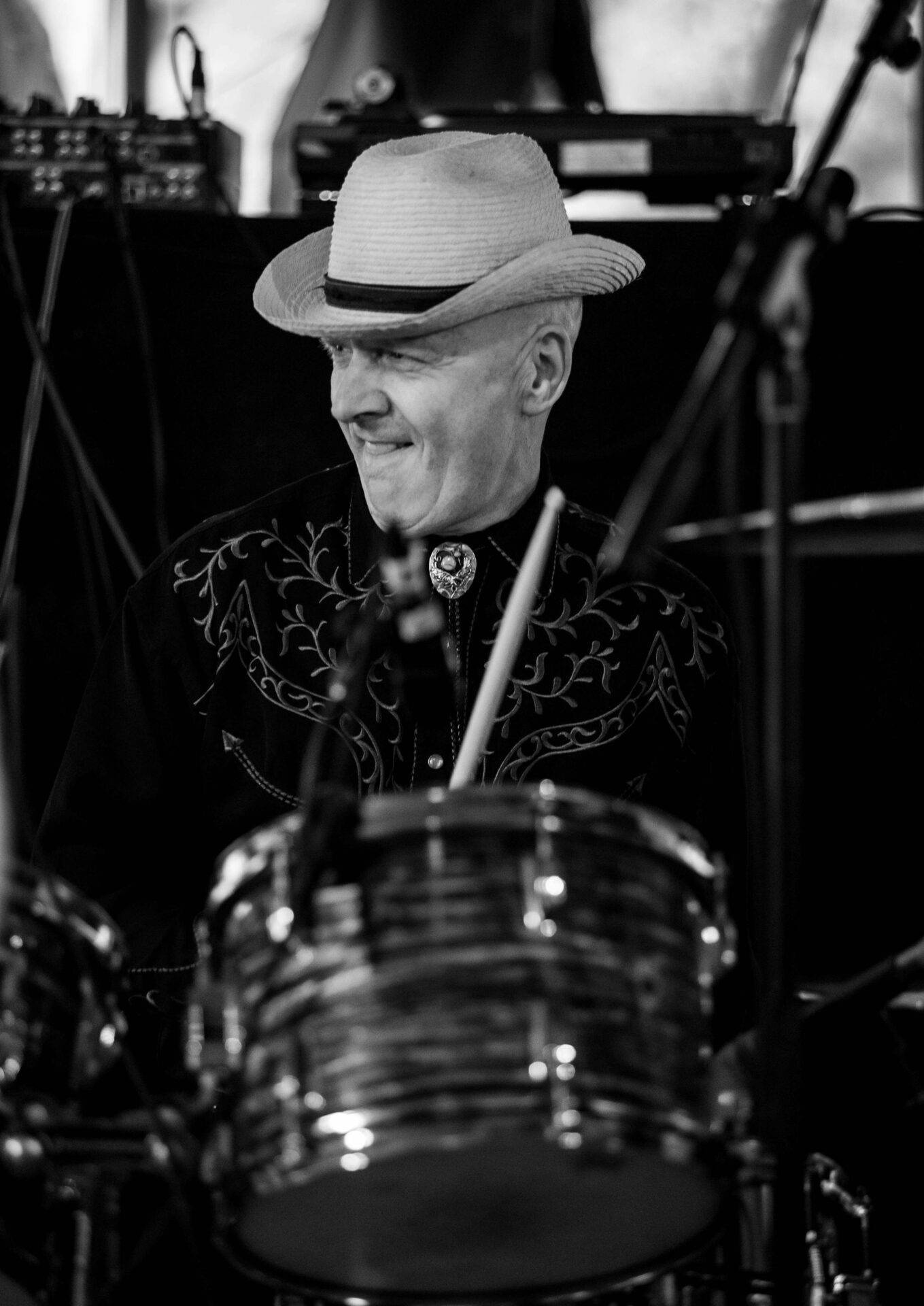