In Conversation with Chris Bevington 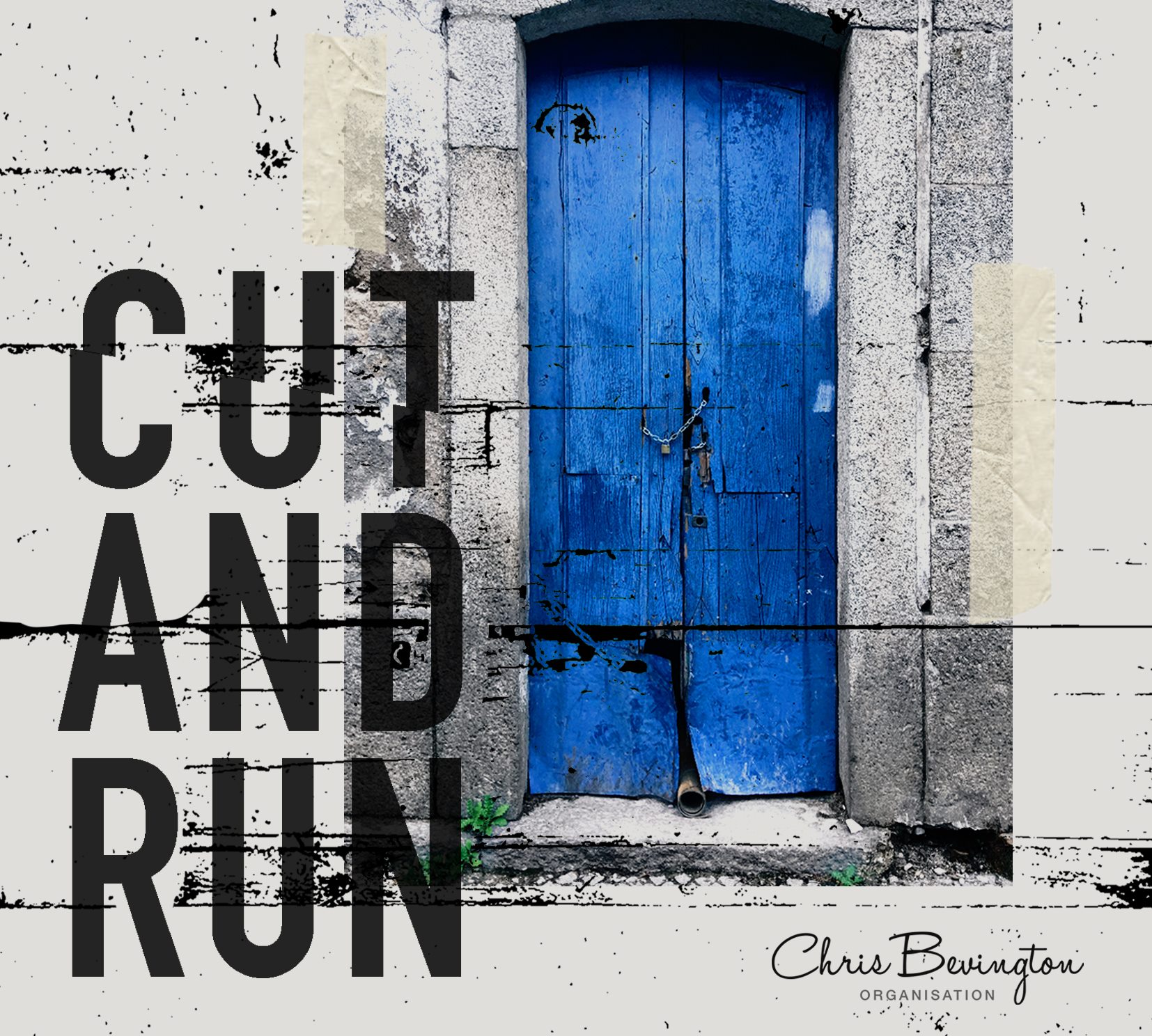 After the phenomenal success of Cut and Run by the Chris Bevington Organisation and gigs up and down the country I had chance to catch up with Chris to chat about the album and what his thoughts were about blues music in general and the continuation of the Chris Bevington Organisation. We met in the Winton Suite at The North Staffs Hotel in Stoke-On-Trent recently to talk about all things musical. 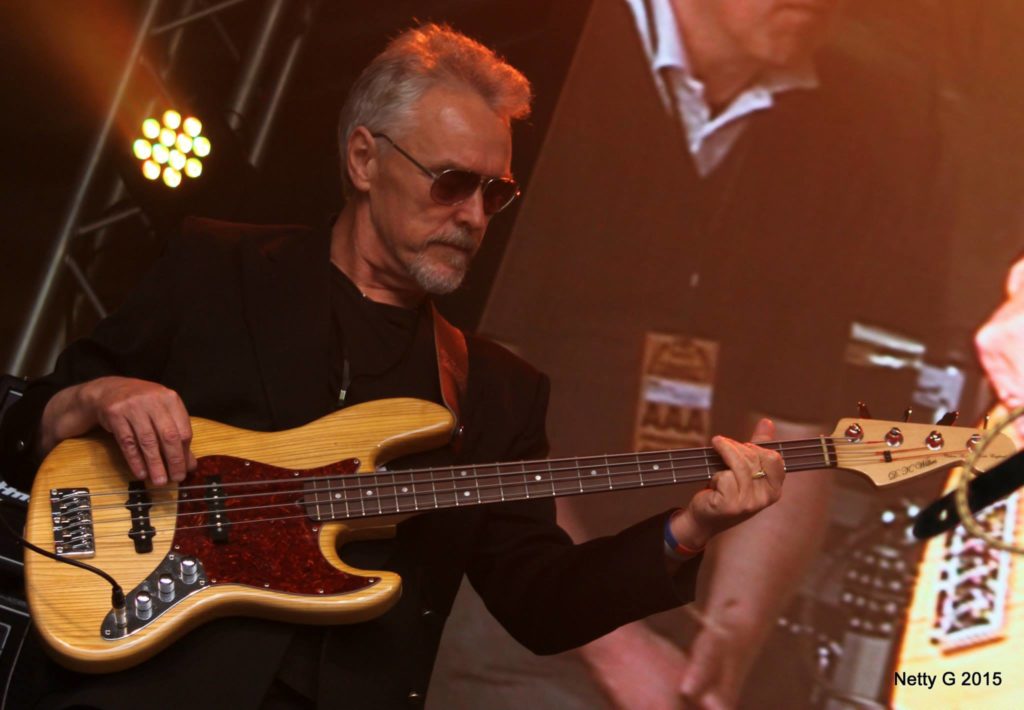 Did you think that Cut and Run would have been so successful?

Truthfully, I didn’t know. It’s a very good question. As we put it together because obviously, it’s our first album of all our own material, predominately it’s Scott and Jim (Scott Ralph and Jim Kirkpatrick) that have written it. All original songs, and slightly going their own way with heavily orchestrated brass.

I loved it but I just didn’t know how it would turn out. It was good to be nervous I think when you release it, you should never have that confidence. It’s a very nervous period of time. And, I had a terrible time between the time it went out to the IBBA radio and the magazines, and so for a few weeks I was on pins and by the time they came back, it was like oooh. But no, I was astonished really.

So when you’d done all the recording did you sit back and think we’ve got something really good here?

Yeah, I did and Jim and Scott did too once all the tracks were down. The music kind of grows from the very start. If you can imagine listening to a demo track and then you start layering it, because people go into the studio at different times, so it can be drums first, then I’d go in another day and add the bass, and at that point in time it’s quite raw, It hasn’t got the finesse of the finished article because it hasn’t got everyone playing on it yet.

Now Scott and Jim can see the vision because of their experience they can see where it’s going to get to. In their minds, they can hear the brass even though they are not on it yet. In fact, they are probably writing the brass section in their heads as they are listening to it.

Are there plans for a new album in the future?

Yes excitedly. Last November, Jim and Scott came to me and said look lets get going. I think their attitude to music is you just record when you want to. FM (Jim Kirkpatrick’s band) do it. You don’t have a break for twelve months; if you keep going into the studio an album will come, won’t it? They worked at a frantic pace and were putting ideas down and worked really hard. There are ten tracks I think all written, all their own stuff. I’ve heard three and I’ll be honest I was astonished by those three. Really astonished at what they’d done. It’s exciting. I think they’ve got one more studio session before things can get moving properly. 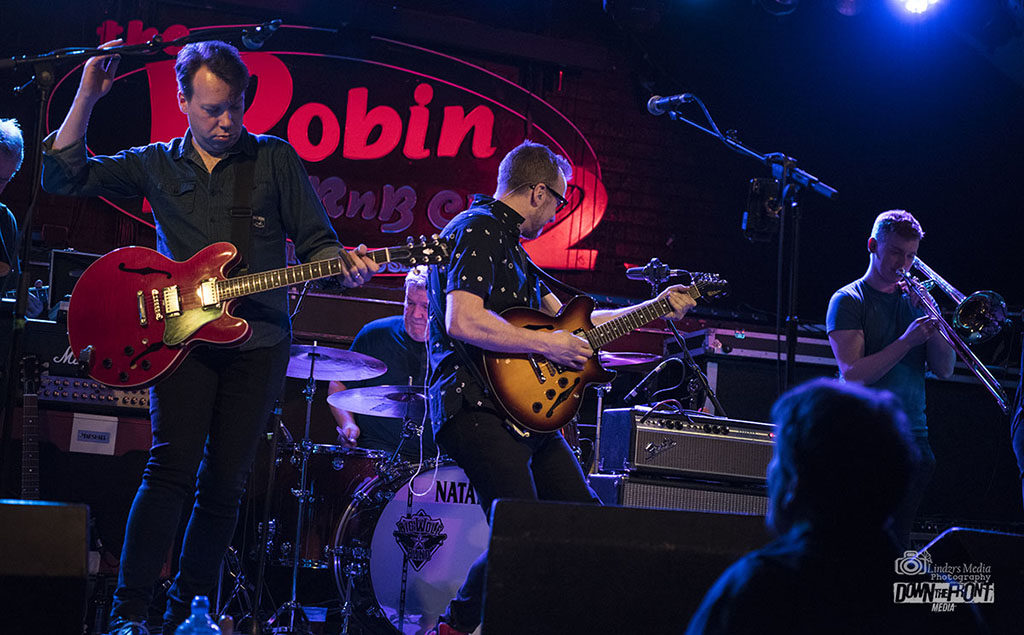 Have you ever considered getting the whole band in the studio together and just recording straight off the floor and doing it live?

It hasn’t been mentioned. We’ve looked at live recordings from gigs and we’ve had some cracking recordings but maybe not particularly for an album because there would have to be a lot of work done to make them into an album format.

So, no we haven’t really. I’ll tell you what I did think about at Christmas was doing an acoustic version of some of the hits and some of the songs we’ve done because when you listen to Jim’s version of 61& 49 on an acoustic guitar on his own it’ll blow you away. The blues comes out because it’s not all about 9 people and the brass section bang 61& 49 and it’s brilliant. But you strip it right back, so I’m really tempted because I love stripping it right back and doing what I love most of all, maybe one day. We’ll get album 4 done and dusted and have another look at doing that.

You’ve been headlining gigs up and down the country. Is it still as dynamic?

Yeah oh yeah. I can’t thank people enough. It goes back to that other point. Colne is a special festival for them this year. To be asked and to be invited to play by Paddy (Maguire) was extraordinary. I was in total respect. That goes back to people taking care of you that have an amazing list of bands as they do.

Upton Blues Festival is another. They all are. I mustn’t miss any out. Because we’ve been lucky this year but it still means the same. From the very start it’s such a wonderful thing to look forward to as in you get Colne contacting us last October for this year, so when you’ve got that in the diary and it’s winter time it’s such a warm feeling.

You do promo packs, interviews for radio then you get the registration and the band layout and stuff like that. So really excited as always.

I’ll be honest with you I think it’s because I feel so fortunate to be in this position. I’ve always loved music and never had the opportunity to play with such talented people, never had anywhere near the success that this brought and I absolutely love it, the whole thing.

It’s hard work and Hazel (wife) puts up with things that go with it because sometimes I don’t know when to stop but you just keep going and going. I look after the publicity side of things because of the gigs and we all work hard but I just love it.

When can we expect the new album?

We’ve been quite good because we’ve kept things reasonably quiet. When we did album 3 I learnt something and that benefited everybody. I shouldn’t have really announced it before we were a little more into the process and I think with the excitement I came in a bit too early and made the whole process about 12-18 months, but this time we realised, lets keep the quiet things quiet until the writing phase which is taking 4-5 months but it’s being done in a quiet mode so it’s only very recently has it come out what we are up to.

I would say if we go into the studio in say July/August to start, there is no reason why maybe April/May 2020. By the time we’ve done the packaging, and we will have the graphic design done by a wonderful lady in Manchester called Michelle, she did all the design work for the album sleeves and the vinyl, everything that was done for Cut and Run. And the artwork and everything goes through that but with all the music and design probably around the April mark. But nothing will get released until Scott and Jim are happy with it. There’s no rush really. When everything is right then it’ll be out there.

Well, as usual, it’s been fabulous talking to you, Chris. Thank you so much for your time.

It’s been a pleasure!

(5)  All Along The Watchtower – Jimi Hendrix