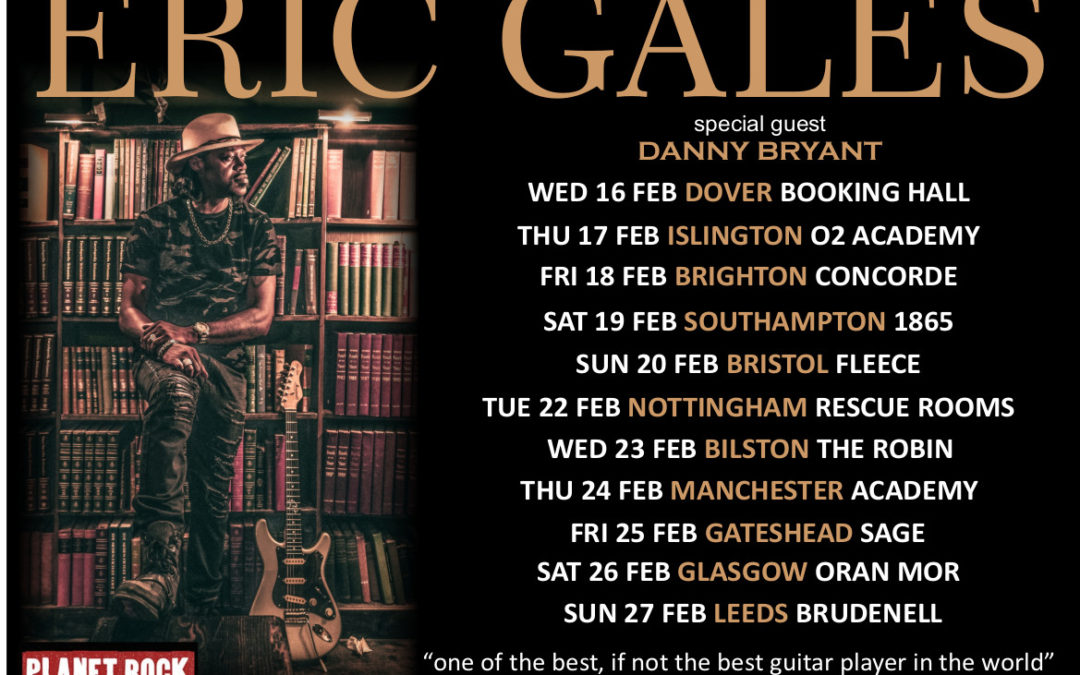 Eric Gales has rescheduled his 2021 UK tour to February 2022. The tour follows the release of his album ‘The Bookends’ via Provogue/Mascot Label Group in 2019. The album features collaborations with B. Slade, Doyle Bramhall II and Beth Hart.

Tickets for all dates are on sale via www.thegigcartel.com. Previously bought tickets for all shows are still valid. Customers unable to attend the rescheduled date should contact their original point of purchase for a refund.

The challenge for making ‘The Bookends’ was for Gales to challenge himself. “As a guitar player it’s been established that I can play a little bit, just a little bit,” he smiles. But for this album he not only wanted to push himself as a musician, but also as a vocalist, to build up his vocal discography. “What spearheaded that was the artists that I have on the record,” he says.

Written over a nine month period, the album was recorded at Recorded at Studio Delux, Van Nuys, California, The Dog House, Woodland Hills, California, Blakeslee Recording, North Hollywood and the day before he was due to fly to LA for pre-production the original producer David Bianco tragically died. It was Bianco’s management who then suggested Matt Wallace. “I heard his work and the kind of people he has produced such as Maroon 5, Faith No More and all these cats. When we met up together it was just perfect. I just trusted the guy and it ended up being great, I love Matt Wallace,” says Gales.