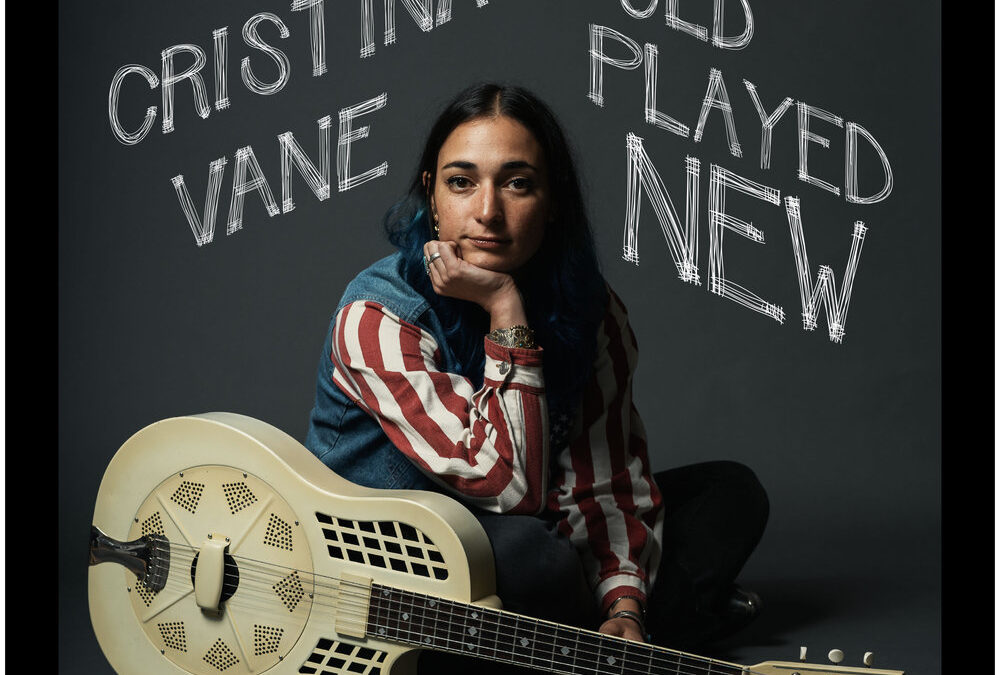 Cristina originally hails from Turin, but to listen to her smooth vocals and authentic steel resonator guitar you could be forgiven for thinking she was born and bred somewhere in the Mississippi Delta. Cristina had been based in Venice Beach, California, but has recently moved to Nashville.

An extremely accomplished musician, having studied classical voice, music theory, piano and flute. As well as her signature resonator bottleneck style, she sometimes also employs fingerpicking, acoustic, electric guitar techniques, as well as clawhammer banjo playing. On her latest release, Old Played New, she covers five songs by five stars of the Delta Blues, along with one self-penned number in a Delta Blues style.

The opening track, That’s No Way To Get Along, released by the Rev. Robert Wilkins in 1929 and covered by both The Rolling Stones and Eric Clapton shows off Cristina’s style to perfection with a simplicity of style combined with sweet vocals, which complement each other and dispel the myth that a singing voice has to be raw and gravelly to be bluesy.

The next track, Jesus Make Up My Dying Bed by Blind Willie Johnson from 1927, covered by amongst others Bob Dylan on his debut album and Led Zeppelin in 1975 again shows Cristina producing a melodic and soulful version of a blues classic. Cypress Grove Blues released by Skip James is a timeless song, which returns to the blues theme of rather being dead and buried than being betrayed.

Cristina has achieved here what Davey Graham did so well in the early sixties and what Jack Broadbent has done more recently in that she captures the essence of a blues song, but performs it in an unaffected, uncomplicated and personal style, whilst maintaining its spirit. Banty Rooster Blues by Charley Patton from 1929 and Preachin Blues by Son House from 1930 are both excellent new versions of old songs. Cristina concludes this fine collection with her own delta blues song You Think You Know, which shows that she can write just as well as she can perform.