CELEBRATING WOODSTOCK: The 50 Years After Party!

Celebrating the 50th anniversary of the world’s most famous rock festival at Silverstone!

Live music concerts are now firmly established as one of the major attractions at the famously ‘Rocking and Racing’ Silverstone Classic (26-28 July) – a three-day festival combining the very best retro racing action with a multitude of mouth-watering family entertainment.

In recent summers, visitors have partied the nights away to much-loved chart-toppers including Status Quo, The Stranglers and UB40. This year, the shows on both Friday and Saturday evenings will be equally outstanding as they will be celebrating the 50th anniversary of the legendary Woodstock Festival. 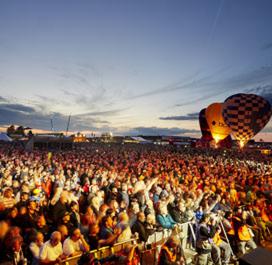 In what is believed to be the biggest Woodstock golden birthday party outside of North America, all seven bands performing at the Classic will boast strong musical links to the notorious festival in upstate New York that totally rewrote rock history. Moreover, they will all be performing many of the more notable songs from those momentous setlists.

Fifty years is a long time in rock ‘n’ roll, so it is no surprise that very few of Woodstock’s original 32 acts are still strutting their stuff today.

However, as a founding member of Ten Years After, Leo Lyons was one of those legends who graced the hallowed Woodstock stage back in August 1969.

“We’re very much looking forward to playing the Silverstone Classic Car Festival. It’s the only show Hundred Seventy Split will play in the UK this year” reports Leo. 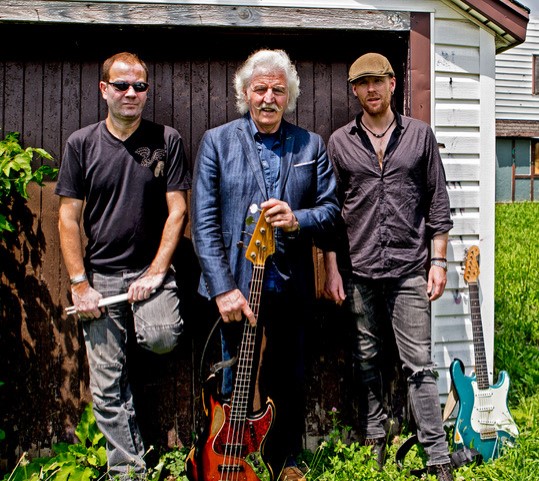 Ten Years After by Arnie Goodman

He will be sharing his memories – and TYA’s music with such classics as ‘Spoonful’ and ‘I’m Going Home’ – with those at the Classic when he performs with his latest high-energy blues/rock trio, Hundred Seventy Split. 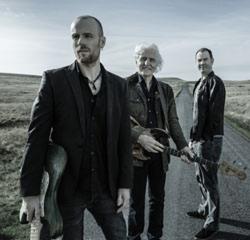 The Who – another of the great British bands making musical history in front of more than 400,000 fans on Max Yasgur’s fabled farm. Kenney Jones, originally of the Small Faces and Faces fame, joined The Who after the death of the mod band’s original drummer, Keith Moon.

He will be at the Classic performing many of The Who’s greatest hits including ‘My Generation’ and ‘Pinball Wizard’ with his band The Jones Gang. This group of individually renowned musicians will top the bill after sunset on Saturday for what promises to be a fitting finale.

Fifty years ago, the honour of bringing the curtain down on Woodstock went to Jimi Hendrix – albeit only taking to the stage at 8:30 on Monday morning after numerous disruptions and rain delays! Now in its 23rd year, Are You Experienced? is widely recognised as Europe’s premier Hendrix tribute band and will be keeping Jimi’s extraordinary vibe alive as a key part of the notable Woodstock revival in July with legendary tunes like ‘Purple Haze’ and ‘Hey Joe’. 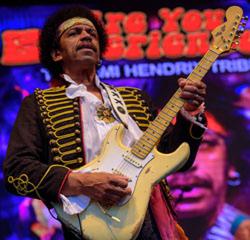 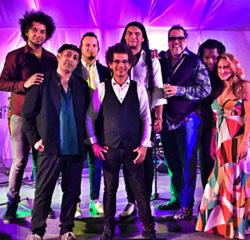 “Woodstock was a seminal moment in festival history, and we are really proud to have put together such an incredible line-up to mark its 50th anniversary at the Classic,” enthused Nick Wigley, Silverstone Classic CEO. “We are particularly honoured to have a true Woodstock veteran in Leo Lyons, and are now really looking forward to sharing his memories as well as rediscovering so many of the great songs that made Woodstock so revered right around the globe.”

While the cars are always the stars at the Classic, the live music – included in the standard price of admission – is invariably a huge hit with the thousands of festival-goers, club members and drivers. Indeed, its popularity continues to escalate as more and more visitors choose to spend the full three days of unrivalled action and activities at the world’s largest historic motor racing extravaganza. 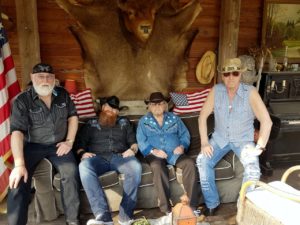 Paying homage to one of music’s most iconic artists, We Remember Joe Cocker is a six-piece band fronted by British Blues Awards nominee Paul Cox. Their show covers Joe Cocker’s heady days of Woodstock (including ‘With a Little Help from my Friends’ and ‘Feelin’ Alright’) as well as notable songs from later in his career.

Credence Clearwater Revival was the first band to sign up for the Woodstock festival and its set was one of the festival’s true highlights. Johnnie Guitar Williamson has been performing all the much-loved John Fogerty and CCR songs for decades and this year Johnnie’s band is playing the Woodstock setlist including classics Born on the Bayou, Proud Mary and Bad Moon Rising.

Hundred Seventy Split is an exciting, high energy blues/rock power trio showcasing the combined talents of Leo Lyons on bass, Joe Gooch on guitar/vocals and Damon Sawyer on drums. The band was formed in 2010 by bassist and ‘Woodstock Legend’ Lyons who, along with Alvin Lee, was a founding member of the band Ten Years After. Joe Gooch also played with TYA from 2002 to 2013 replacing Alvin Lee as guitarist/vocalist. HSS will be playing a set of Ten Years After classics.

Hailed as one of the best live performances on record, Sly and the Family Stone took Woodstock by storm with simply staggering renditions of songs such as I Want To Take You Higher, Everyday People and Dance To The Music. LA-based Patrick Alan’s highly acclaimed show recreates some of that endearing magic as it pays tribute to one of America’s most influential funk, pop, soul bands.

Now, legendary band, Santana brought Latin rock fusion to Woodstock and, though yet to release a debut album, the little known ensemble were an overnight sensation. Today the phenomenal seven-piece Viva Santana is celebrating the music of Carlos Santana at festivals and theatres in the UK, Europe and even Cuba.

Are You Experienced? are now in their 23rd year together, and in that time have firmly established themselves as the premier Hendrix tribute in Europe, having headlined at venues in Holland, Germany and Sweden as well as festivals in Brazil and Barbados. Founder member John Campbell has also appeared on TV shows in his Hendrix persona and bares more than a passing resemblance to the iconic guitarist.

As the drummer with The Small Faces, Faces and The Who, Kenney Jones has been the heartbeat of three of the biggest bands ever to have come out of the UK. Today Kenney is still performing many of the treasured tracks that The Who notoriously blasted out at Woodstock with help from an impressive group of equally talented and experienced musicians known collectively as The Jones Gang.