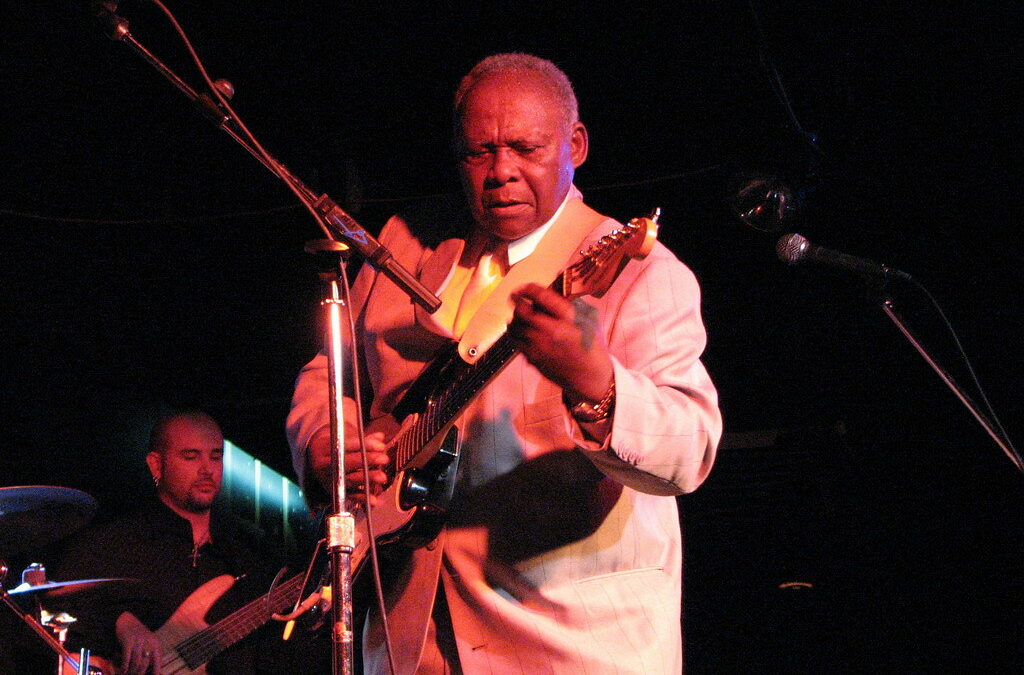 One afternoon in 1995, I was in the blues section of the Tower Records in Torrance, my town in the South Bay of L.A. This CD cover riveted me – a black and red design with a grainy photo of a man in a fedora, suit and tie, holding a Stratocaster and looking out into the distance, almost skyward with a fierce, pained expression.

I had to buy it. He looked intense. I was mad, too. All my life for all kinds of good reasons. I’d never heard of the man. What a name. Byther. A blending of bother, bye, and scythe.

I took the CD back to my apartment and got hooked forever. It was the rawest, most hurting and raging and sometimes tender blues I’d ever heard. The title cut deals with his experience as a black kid during Jim Crow times, being called “boy” by white trash.

“Born evil. I’m gunna destroy this world … Set this world on fire. I’m a MAAAAAD man … You called me a boy, on the the night I was born. MADE me mad. I’m gunna destroy this world. Embarrassed my mother, when you called me a boy. I’m a MAAAAAD man. A MAAAAAD man.”
Who is this man I never heard of? How do you get to be that good and that unknown? That fiery.
I contacted the guy in Chicago who wrote the liner notes. He gave me Byther’s phone number. So I called him and told him how much I loved his music. Asked him to please come to L.A. I’d help him get there, if I could. I had no connections to any clubs or anyone in the business, but I had to try.

Over a couple of months, we often talked at night on the phone from L.A. to Chicago. A community college writing teacher and a man who worked for years in a box-making company when he was not making music. I called all the local clubs. To no avail. 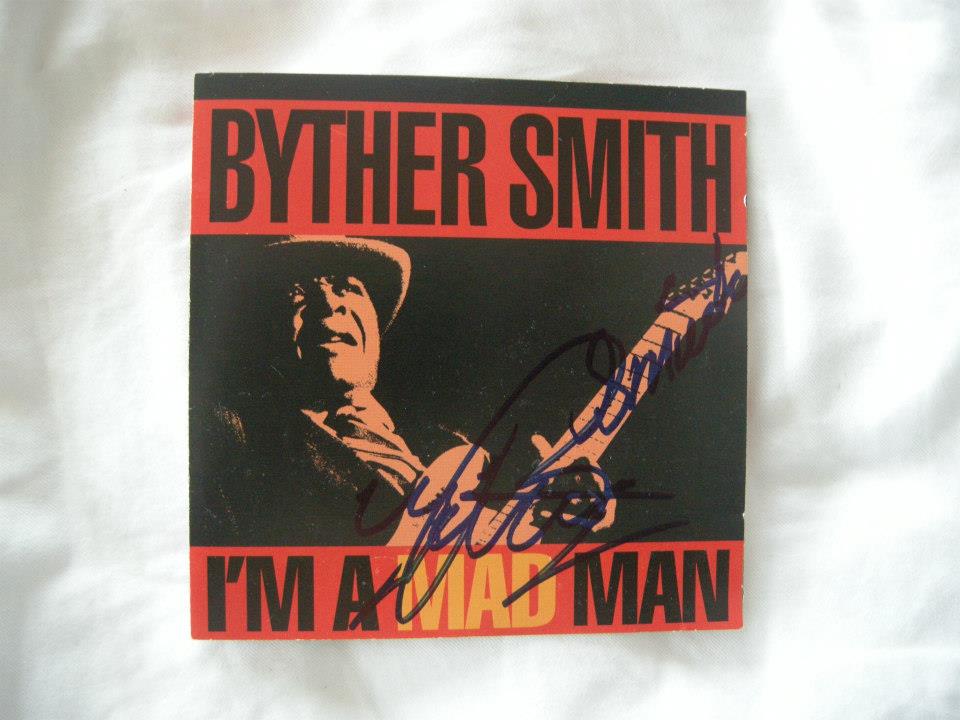 Maybe a year or two later, Byther called me to tell me he was flying to L.A. for a daughter’s wedding in Ontario, east of downtown. I met him at his hotel, and we spent the morning before the reception hanging out.

He told me his best stories, which, as things go, involved some of the worst times. His parents died when he was a baby. His home in Monticello, Mississippi burned down when he was a toddler, killing his sister. As an adolescent, he moved with an aunt to Prescott, Arizona.

“I worked on a farm. Castrated colts. A quarter for each. No one else wanted to do it. I tackled them, slit the sac open with a knife, pulled the balls out, then patched the wound with hot tar.

Later, I became an amateur boxer, but I was underage, and, when my aunt found out what I was doing, she showed up at the ring ‘n’ hauled me outta there.

A few years after that, I moved up to Chicago. Started playing bass, then guitar. I was with Howlin’ Wolf for a while. Real asshole. Acted like a king. Told us players we had to sit on the other side of the bar from him and all the ladies were for him. I don’t take orders from nobody. Sat on ‘his’ side one night and was chatting with a woman. Wolf came up to me, told me to get out. I showed him the gun in my coat and told him no one tells me what to do. Ever. Quit the band and went home. He sent someone to fetch me back, and never talked down to me again. I earned his respect.”
Byther and I went for breakfast. His eggs came back not the way he’d asked for. He was none-too-happy, and told the waitress he’d ordered over-easy, and how easy was that to do. Or to mess up, he mumbled to me.

I saw myself in him. He was the sweetest guy, in many ways, but he’d been through so much shit and didn’t have much tolerance for it.

In 2003, I traveled from L.A. to Chicago just to see him at a restaurant and sorry excuse for a club called Nick’s Beergarden. The “stage” was about three inches above floor level. Byther didn’t look content at all. But players play and we all have to pay the bills. During the break – our second meeting – I asked him to sign several CD jackets. After he signed three, he got peevish and said “That’s enough.”

I think one reason he never made it big was that he didn’t have any skill at or interest in schmoozing. He wrote one song in which he threatens to kill a DJ for not playing his music. Another is about how his girlfriend always jumped in bed with B.B. King whenever that star came to town.
The tunes I love the most of his are slow blues, shot through with pain. “In “Addressing the Nation with the Blues” on his co-album with Larry Davis called “Blues Knights,” he sings about being invited to the White House by Reagan or Bush the Elder, if he pays his own way. No money for the fare, so this is what I’d sing if only I could get there.

Those cold-hearted Republicans “make it hard for us Democrats to live.” On paper, it doesn’t look so great, but it’s a beautiful tune. Others like “Hold That Train, Conductor” and “So Unhappy” are the sweetest, most woebegone blues you can find.

Byther died on September 9. He was 89. I can’t even find a death notice for him.