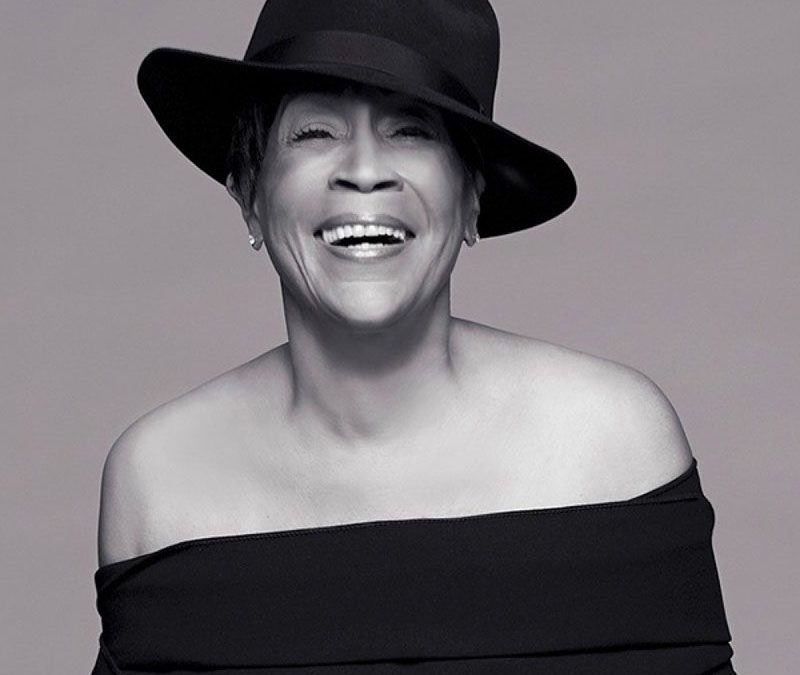 Bettye LaVette’s a US treasure, a blues-soul singer with a truly remarkable background and heritage.

Now approaching seventy-five years of age – “I’ll be 75 in January,” she tells me – she has weathered countless twists and turns in her own personal musical journey since first recording as a young sixteen-year-old teenager with Atlantic Records in Detroit. And, as we chat, surprisingly UK pop giants The Beatles somehow or other creep, albeit forcefully, into the conversation about her current place and her new album, ‘Blackbirds,’ due to launch on Verve in August.

Blackbirds, I suggest includes an unexpected and surprising take as a title track with a Paul McCartney song: “Well, why not. It’s a song about a bird, hearing a bird singing. A blackbird!,” she laughs.

“I was invited to sing at Ringo Starr’s birthday recently. He’s now 80. I told him I had thought that I was old! “How did he take that? I ask: “He was great. He just laughed. I sang at his birthday about four years ago, I think it was. So, I already knew him. We get on okay.”

But the new album is far from anything popular (or populist) or dated by 1960s musical shackles. So, I question, how long was the latest project in the thinking and making. Bettye laughs before quipping: “The new album was always there really. I always have projects on the go, songs I’ve already recorded maybe, just waiting till I’m ready to put it all together. I never do more than two cuts of any song. I’ve been doing this a long time and I know what works for me. And I have Steve Jordan again as producer. He knows what he’s doing and he knows what I like.” Jordan, now an industry veteran and always in-demand producer, also produced LaVette’s last, widely acclaimed offering, ‘Things Have Changed,’ a few years ago in 2018, an album that gained Best Americana Album award nominations and introduced her to many more listeners globally.

We discuss the horror of racism in the world generally and the USA in particular, an inescapable topic with the new album driven by the subject and full of tracks that shout about the appalling issues surrounding the subject: I mention talking with Nashville-based Will Kimboro recently following a visit to Alabama. Kimboro has a song, ‘Alabama,’ on his latest album, ‘I Like It Down Here,’ a track that is based on the public lynching of a young black man in the southern state in the early eighties, a shocking fact that brings the horror home forceably when the question of just how recent such behaviour is historically in modern USA. Bettye instantly agrees but counters with a question, asking me when I thought the last similar tragic event happened in Mississippi. When I shake my head and ask, she tells me: “It was only a few years ago in Mississippi!”

As we run through the tracks on the new album ranging from Nina Simone’s ‘I Hold No Grudge,’ Nancy Wilson’s ‘Save Your Love For Me,’ to Dinah Washington’s ‘Drinking Again,’ Bettye again confirms her despair that now, in 2020, the striking relevance and terrifyingly horrific imagery of one track in particular remains as salient and significant as it did when first recorded almost a century ago by Billie Holiday in 1939: “Strange Fruit is an incredible song,” she says with an understandably heartfelt sigh: ”It’s just incredible and unbelievable that here we are again facing these issues and this behaviour. Absolutely incredible. I’ve been around a long time now and I never thought I’d be witnessing this kind of thing again in my lifetime.”

“I’m lucky to have kept my voice pretty good,”

In passing, we discuss the awards circus. With five Grammy nominations now behind her, this is a topic she sure understands and knows all too well. LaVette never works with the intention of winning an award. “Well, I had an unusual career in lots of ways. I had a sort of intense time when I was on the awards thing, compressed into a few years when I was younger and I look back at it. But it’s always good to be part of it for my profile. It raises my musical profile, especially internationally,” she explains with a contented shrug.

LaVette acknowledges her luck in still having a strong, powerful, pure voice and vocal delivery. “I’m lucky to have kept my voice pretty good,” she says, with the unsaid but clear implication that there are many others out there who have failed to protect what is probably their prime, personal industry asset. “I’ve kept myself in good shape,” she laughs. When I respond, saying, she’s kept her Sass, LaVette again laughs but can’t quite hold back from quietly agreeing.