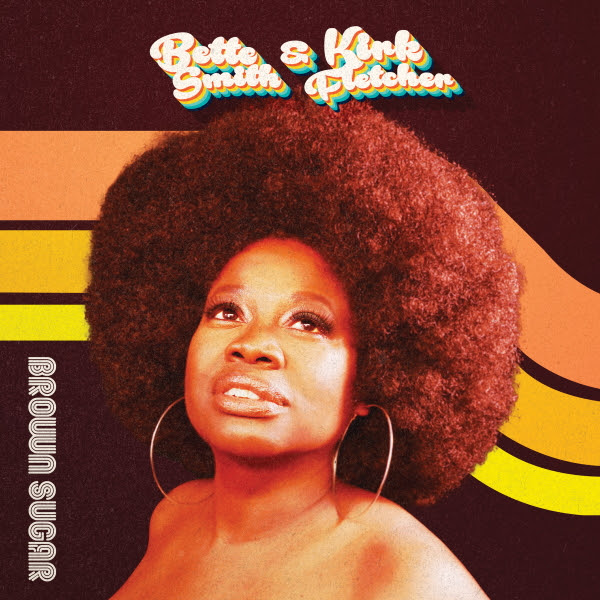 “Brown Sugar” is surely one of the most infectious and memorable songs by rock legends The Rolling Stones. The lead-off track from their 1971 album Sticky Fingers, the song was a Top 20 hit and helped to make the album the biggest critical and commercial smash of the band’s career. However, the song has not been without its share of controversy. With lyrics that reference the African slave trade, physical abuse, and suggestions of sexual assault, the song has become such a hot button that The Stones themselves have backed away from it, vowing to not perform the track on their 2021 tour.

But today two artists have come to reclaim the track. Powerful retro-soul chanteuse Bette Smith and fiery blues guitarist Kirk Fletcher have recorded a smoking hot new version of the song, which is released today on all digital platforms. Smith declares, “I’ve always loved ‘Brown Sugar’’s iconic groove, but it was only later that I realized how shocking the lyrics were. Instead of ditching the project, I decided to turn the song’s perspective on its head. I modified some words and sang the lead as a rallying cry for women empowerment. I have no doubt that the Rolling Stones’ original intentions were good–they wanted to express the absurdity and evilness of slavery in an ironic sort of way. In fact, Tina Turner has performed it with the band many times. So I’m happy to embrace this classic, but transform its message performed by an independent woman of colour and backed by the phenomenal Blues guitarist Kirk Fletcher.”

The song has also been pressed on a limited edition 7” GOLD vinyl backed with another Smith/Fletcher cover, a superb version of the quirky pop hit “Dance Monkey” by Tones And I!