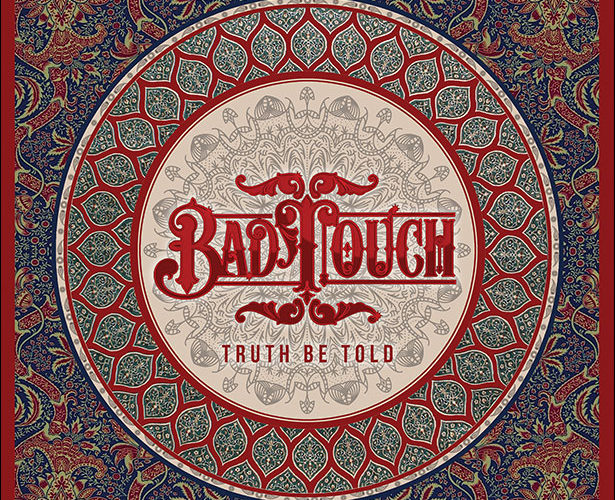 Having seen Bad Touch supporting the Kentucky Headhunters earlier this year, it doesn’t surprise me that Truth Be Told comes hurtling out of the traps like a cheetah in need of its dinner. Energy and enthusiasm are their stock in trade.

What’s surprising is the focus and quality that burst through in the first couple of tracks, One More Night and 99%. The sound is terrific, with guitars bouncing brightly off each other, swaggering bass, and booming drums. The overall effect has the Black Crowes written all over the back, not least because vocalist Stevie Westwood sounds remarkably similar to Chris Robinson for a guy from Norfolk, and on these opening tracks the sound serves him well too.

On 99% in particular, he’s entirely at ease, his phrasing is on the money in the midst of a varied arrangement featuring the guitars of Rob Glendinning and Daniel Seekings ringing in harmony. Truth be told, things are more mixed after that. Songs like Heartbreaker, Soul Shaker and Let The Sun Shine are cursory, even predictable, though the latter is at least a solid slice of boogie.

Meanwhile, Outlaw is a more dynamic affair, with good quiet passages, but the lyric is clichéd. On the other hand, sometimes they dish up too many ideas for their own good, as on My Mother Told Me, where a piledriver opening riff and a neat middle eight have to compete with a bucket load of other notions. They do offer variety, though.

Waiting For This downshifts into something more ponderous, more European, with shades of Zep and Michael Schenker in the jagged riff, and an excellent, adventurous solo from Glendinning. Take Your Time ventures back onto Southern ground, but in a semi-acoustic vein, while the guitars back off on Made To Break and they rely more on the rhythm and the vocal to carry the song.

Truth Be Told is a good, bold album, and with a bit more discipline Bad Touch could have made it even stronger. But meantime One More Night and 99% still represent a firecracker of an opening that’s worth anyone’s attention.