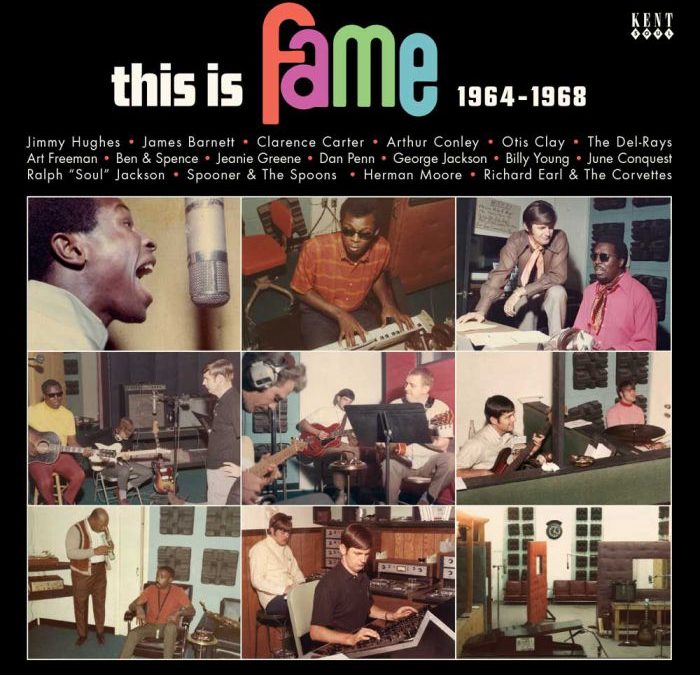 Muscle Shoals, Alabama, still a place of pilgrimage for many artists
looking to grab a piece of southern music action.

Well, FAME Records (written that way, by the way: an acronym for Florence, Alabama Musical Enterprises) was founded by Rick Hall, and although his success dates back to 1962 with Arthur Alexander’s You Better Move On, the time scale here fits.

In 1964 he put together the band that is forever associated with those strong soul sounds, people like guitarist Jimmy Johnson (not the Chicago bluesman, of course), Spooner Oldham on keyboards, drummer Roger Hawkins, bassist David Hood and keyboardist Barry Beckett, to name some of the most prominent.

“every track is certainly worth a listen”

In 1968 Hall took the decision to lease out all his recordings to larger labels. In-between though, as this stunning set demonstrates so well, he more or less defined the area’s soul sound – gospel based, accessible, infinitely soulful and frequently with a side-helping of blues, as on the opener, southern soul legend Jimmy Hughes’ Steal Away from 1964 (he has a fine cover of Tommy Tucker’s Hi-Heel Sneakers later).

There are people like Clarence Carter, who always kept a toe (or more) on the blues side, and George Jackson, who wrote many soul-blues classics for Malaco Records a couple of decades later. The studio sound is well-represented by Otis Clay’s That Kind Of Lovin’, whose drive almost hits a Rolling Stones-styled groove. OK, I have cherry-picked. But really, although some names may be familiar, but most are not so well-known, every track is certainly worth a listen.