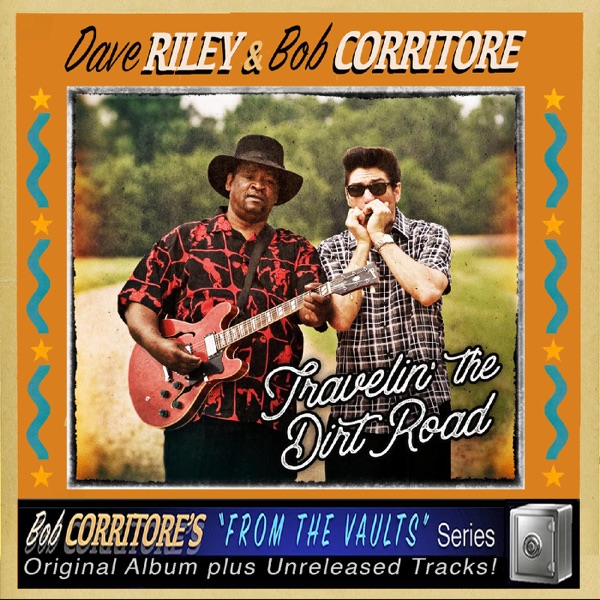 Bob was born in Chicago 1956 picking up the harp aged 12 having heard Muddy Waters on the radio. Studied all the great players before he moved to Pheonix in 1981 where he has basically remained. Dave was born in Hattiesburg Mississippi and following a stint in Chicago he is now based in Scottsdale Arizona. Okay bio’s over now to the music and this is really good stuff.

Down home, gritty Blues which oozes from every stanza. Picture yourself in a club in Clarksdale facing a six-piece blues band wishing that what was about to happen would tick all your deepest hopes for a live performance. With that in your head this album, whilst not live in front of an audience, is exactly what you desired. Excellent playing full of energy and authenticity as Dave belts out twelve originals.

“you won’t be disappointed”

His guitar fills are just right as he and Bob trade licks supported throughout by Matt Bishop, piano, Tom Coulson, drums, Paul Thomas and Dave Riley Jr on bass whist a second guitar courtesy of Johnny Rapp ducks and dives around everyone. I suspect that these tracks were laid down pretty much in one take as these guys show the skills honed through countless gigs.

They know where each is going, when to hold back and support and when to take up the baton. I’m Not Your Junkman kicks off and it is hard to select highlights but I do dig Voodoo Woman Voodoo Man, Doggone Blues and Way Back Home as it shuffles and rumbles along the rails. Although dating from 2005 these sound fresh as cornbread off the skillet. Certainly a top tip from me, buy this and you won’t be disappointed.