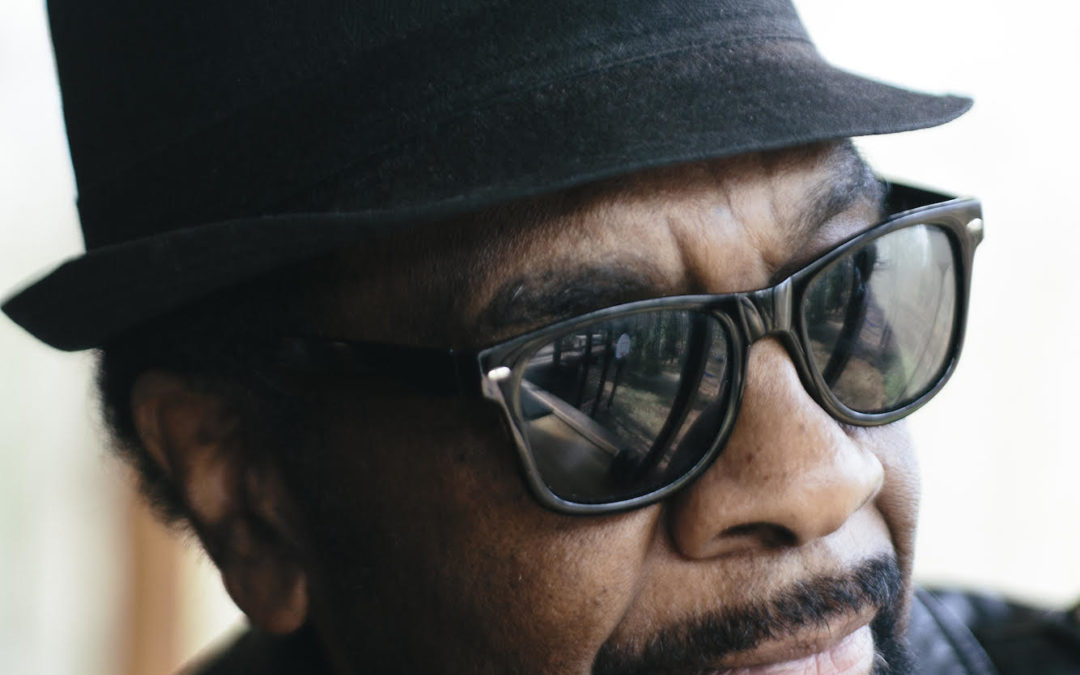 William Bell is one of the USA’s most important soul-blues musicians, a true survivor. And after over sixty years in the business, he has been awarded the 2020 National Endowment for the Arts Award, an award that recognises the cultural significance of his work and its importance in the musical heritage he helps promote and preserve. It also comes with a $25,000 cheque, which no doubt also helps! 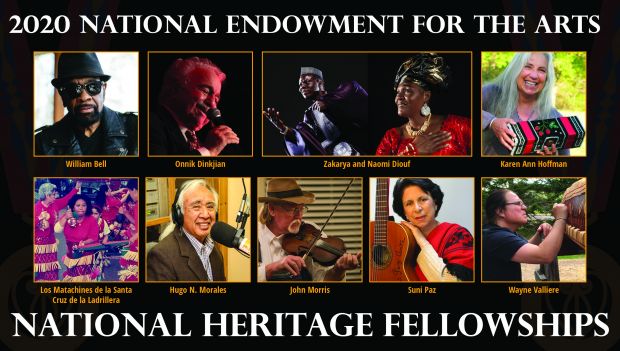 We spoke to William a while back and chatted about his Grammy win in 2016. Blues Matters! wants to join in the global congratulations to him on this outstanding achievement.

Veteran blues-soul man William Bell smiles when I suggest he’s been working the music business for half a century, before correcting me with a laugh: ‘Sixty years now, in fact,’ he says. Bell was one of the earliest Stax musicians, signed to the label back in 1961 primarily as a songwriter, he always had the ambition to make his mark as both writer and performer. An ambition he readily achieved and three-score years later, he continues to deliver top-notch material with scarcely a trace of effort.

When we catch up at his home in Atlanta, GA, a few months after meeting back-stage following a gig in London, Bell is working on a new album, studio-bound though he still loves life out on the road: “ I never tire of the travel, meeting the fans, working hard,’ he confirms. “Right now, I’m working on a bunch of new songs, some for other artists, and some for a new release I’m working with.”

When Bell talks of writing for others, it’s near-impossible to overestimate his past power, a force that remains vital and dynamic. With credits that include co-authoring the massive blues standard, ‘Born Under A Bad Sign,’ and ‘Private Number,’ – recorded with Judy Clay in 1968 – this is a guy to take note of. He is particularly pleased to add: “When Carole King, a wonderful writer, records one of your songs, ‘Every Day Will Be Like a Holiday,’ you know you’re doing something right.”

‘Born Under A Bad Sign’ is one of those songs that has a near-timeless feel to it, a track he originally wrote for Albert King after a chance studio meeting when King was recording an album but urgently needed some additional material: “went off with Booker T Jones (a co-author) to his place and we worked through the night on it. I already had a bass-line, a verse and a bit more in mind, so it came together real quick. Albert loved it and then a few months later, Cream, with Eric Clapton, recorded it and it took on a life of its own. Jimi Hendrix even did an instrumental take.’”

Bell was initially a backing vocalist, a member of the Del Rios when he was asked to work with Carla Thomas’s Gee Whizz. He became a great friend of the late soul legend, Rufus Thomas, and considers the entire Thomas clan to be ‘family. “Music is central to my life. I used to go along to the Flamingo on Beale Street in Memphis. Rufus was originally a comedian and dance-man. He eventually had a go at a talent contest and his career took off,’ he laughs. ‘I still miss him. We had some great times together.”

Like many of his generation and background, Bell started out in church: “I started singing in Baptist Church with the choir at about seven years old. By the time I was ten, I was singing solo. My mother was so proud. “

Asked about his own, personal heroes, he quickly singles out Sam Cooke, whom he eventually met with, in Atlanta, Georgia, when his then manager fixed up a meeting while Bell was riding high in the US soul music charts with his debut hit, ‘You Don’t Miss Your Water.’

But Bell is also renowned for his connections to another true soul music legend: “I was in the studio with Otis Redding when he was cutting ‘Dock of the Bay,’ “ he says with evident delight.

“When Otis passed many wrote and recorded tribute songs about him. I also wrote one, but it was meant to be a low-scale, private affair, a song I wrote purely for Otis’s widow, Thelma. I didn’t want to be seen as trying to cash-in or anything like that. We were great friends. But when I played it, ‘A Tribute to a King,’ to Thelma, she loved it and insisted I should record it. I ran it past the guys at Stax and they were the same. So, I reluctantly agreed but recorded it with the sole proviso that it goes out as a ‘B’ side.’ 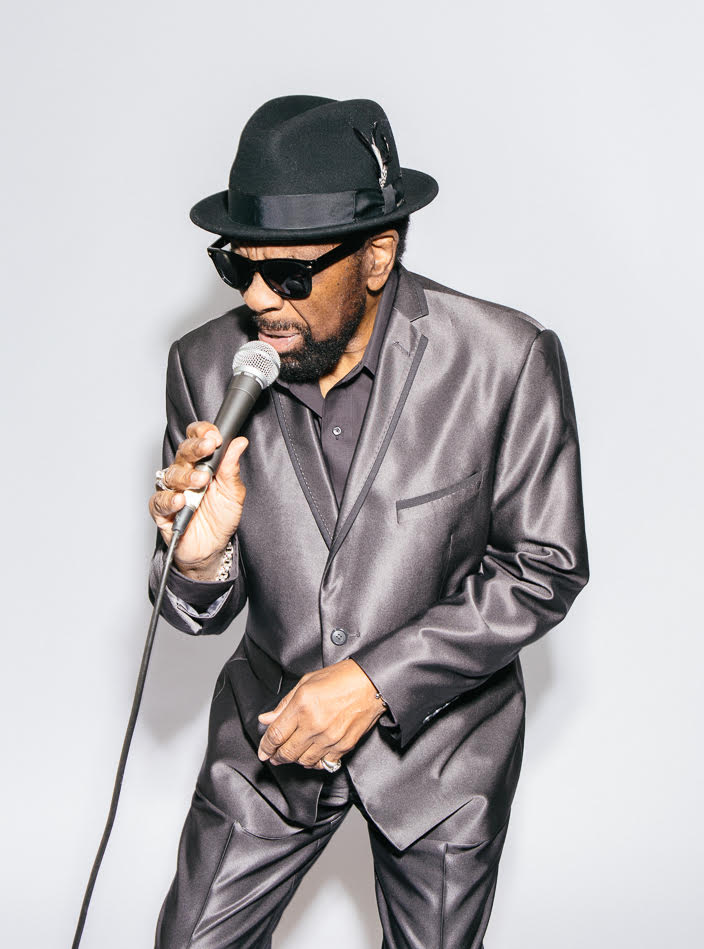 Bell was heavily involved in the making of the music documentary film, ‘Take Me to the River,’ where he plays a leading role alongside the late Otis Clay – a near-lifetime friend, – Bell is clearly pleased to have picked up a Grammy in 2016 for his album, ‘This Is Where I Live.’

“It’s my first Grammy,” he laughs, “And it’s only taken me sixty years.”

With the latest award hitting the news, I rang William at home in Atlanta to congratulate him and catch his initial thoughts on the award. Always a true pleasure to chat with, he was instantly warm and welcoming, grateful for the support:

“I feel blessed, humbled and overjoyed. It’s just a wonderful award. I do know that the award is an affirmation of what I do from my peers and many others. I’m just feeling so blessed to receive this wonderful award,” he says.

And when I ask if he’s working on any projects right now, he confirms he’s staying safe at home, writing songs and working in his studio with more video use than before: “I’m working, writing here at home and in the studio, doing more with video and looking ahead to more digital material maybe. With this COVID upheaval, there’s gonna be a different world when we get back out when the dust settles. I miss the tours, getting out there to meet my fan-base. I sure hope we find some cure or way to control this and let us get back out there again sometime soon.”