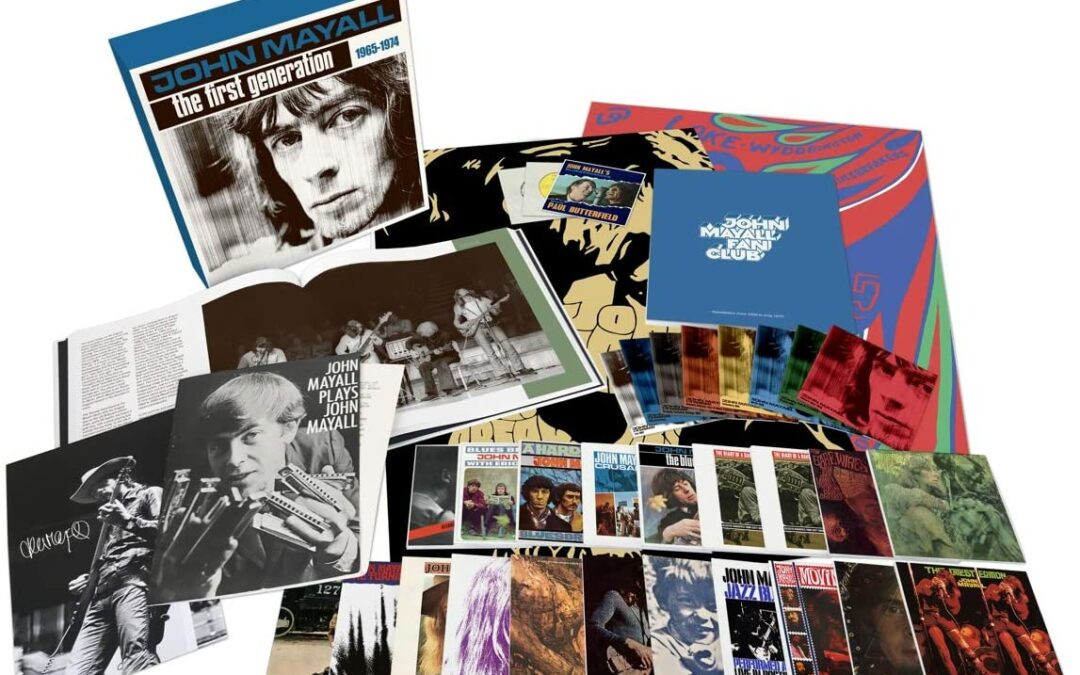 To be in with a chance of winning this fantastic prize, simply sign up for our newsletter below.

Already subscribed? Then you’re already in the draw!

A name will be drawn at random on July 31st 2021 and the prize sent out to the lucky winner.

Limited 35 CD box set. John Mayall’s The First Generation 1965-1974 – the first set of this size to be released documenting John Mayall’s early years – sees not only all albums from his much-lauded formative career, but also unreleased tracks aplenty.

Featuring Eric Clapton, Peter Green, Mick Taylor, Harvey Mandel, Blue Mitchell, Jon Mark and many more outstanding musicians, this mammoth package contains 35 CDs, a beautiful hardback book and much more. Not for nothing did Mayall earn the moniker ‘Godfather of the British Blues’. For a short but compelling time in the ’60s and ’70s, he recognized raw talent, took it in, nurtured it, and everyone thrived and benefitted as a result.

Many of the best musicians of the period passed through the hallowed ranks of John Mayall’s Blues Breakers. All are on show here in a stunning set crammed with musical highlights. Put together with John Mayall’s full co-operation.