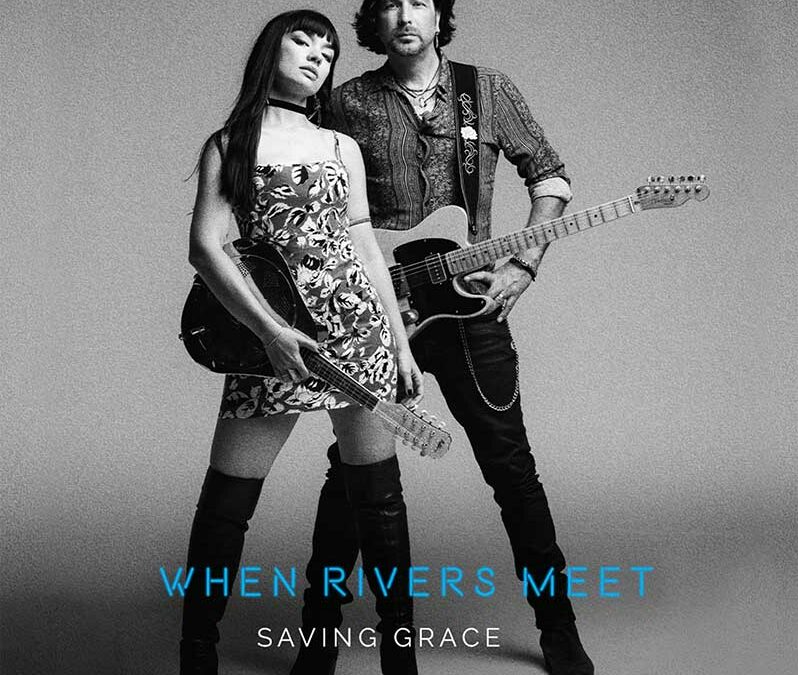 British husband and wife blues rock duo When Rivers Meet return to the music fold with their highly anticipated sophomore album “Saving Grace” released by One Road Records on Friday 19th November 2021. The first single “Testify” taken from the forthcoming album, will be released on Friday 10th September, and will be accompanied with an official music video.

The album pre-order and single pre-save are available from https://smarturl.it/whenriversmeet.

Saving Grace follows hot on the heels from the band’s critically acclaimed debut album We Fly Free that was released in November 2020, and their previous two EPs, The Uprising and Innocence of Youth. The past year has been a non-stop thrill-ride for WRM, who are comprised of Grace Bond (lead vocals, mandolin, violin) and Aaron Bond (guitar, vocals).

WRM set a record first in May 2021, by becoming the first-ever artist or band to win four awards at the UK Blues Awards including “Blues Band of the Year,” “Blues Album of the Year,” “Emerging Blues Artist of the Year,” and “Most Inspirational Online Performance of the Year.” WRM were also voted “Best New Band” by the listeners of Planet Rock at the radio station’s “The Rocks” Awards.

With their highly anticipated sophomore album Saving Grace, WRM have set out to produce a blues rock album with a more upbeat, punchy, and exciting sound.

“We were very conscious that our debut album We Fly Free was a step up in production from our two EP releases previously The Uprising EP and Innocence of Youth,” says Grace. “We also wanted to keep a live, authentic vibe to the new album to retain the energetic feel in the music.”

Says Aaron, “We wanted the album to have more of an upbeat rock feel. We knew exactly what we wanted before we set off to record Saving Grace. We set our expectations high. We’re so pleased with the result and just hope everyone else loves it as much as we do!”

As with their debut album, We Fly Free, a lot of care and attention given to the detail, not only went into the song-writing, but also went into the production on each track, and telling a story from start to finish.

“Although we wanted to do something different from our previous work, we still wanted all the same elements that make our music distinctive and recognisable as When Rivers Meet,” says Grace.

As with their previous album and two EPs, the new album Saving Grace was recorded at the Boathouse in Suffolk with producer and engineer, Adam Bowers.

“He just gets everything we do and want,” says Grace. “As Adam says, ‘Bring me a drawing, and I will colour it in’, which is a great analogy of how we work together.”

The new album is mastered by Mike Curtis. Says Aaron, “the mastering is always the most exciting part of the process. We always look forward to receiving the mastered tracks from Mike.”

As with all their previous recordings, Grace, Aaron, and producer Adam have massive input with instrumentation. Aaron plays guitar and sings vocals, Grace sings vocals, plays mandolin and fiddle, while Adam plays bass, drums, and keyboard and pretty much anything else that Grace and Aaron need added including trumpet on specific songs.

“It’s a case of going into the studio with a song,” reflects Grace. “Aaron will play it on guitar, I’ll lay down the vocals, whilst Adam adds the drums. We start to get a feel as to what the song is and what it means, it then grows from there into the direction we think it should go.”

Continues Grace, “Sometimes it can take a while before we get the right feel for example the drums or the tone of the song. But we always have a clear plan for each song going into the studio and a good idea on the feel that we want to create. Our ethos is that we keep it sounding authentic, whether that be vocals, instrumentation, or any effects. It’s always got to sound organic and real.”

After the success of their debut album, We Fly Free, how does the sophomore album Saving Grace differ?
“Saving Grace sophomore has a more upbeat rock feeling than We Fly Free,” says Aaron. “We were very conscious when we started to record this album that’s the direction that we wanted to move in, and it was exactly the kind of result that wanted to achieve.”

Continues Aaron, “As well as being inspired by classic blues including John Lee Hooker and Muddy Waters, we also draw a lot of influence from classic rock bands that include Led Zeppelin, Bad Company, Cream, and Free. To emulate some of the feel or tone of these legendary blues pioneers and seminal rock bands is something that we strive to do, and hopefully people will hear that in our music and relate to it.”

When Rivers Meet’s passion for blues rock shows through with an underpinning of traditional blues and classic rock. The duo make a concerted effort to keep to a genuine, gritty sound using authentic techniques, including tube tape echo and reverb chambers, which have created a live sound that keeps a truly vintage vibe that not only has energy but is also a true representation of the ever evolving sound this duo produces.

WRM show great delight that a Hammond organ has been introduced into some of the tracks on this album. This classic blues rock feel will transport you back in time while also inducing a contemporary When Rivers Meet twist. 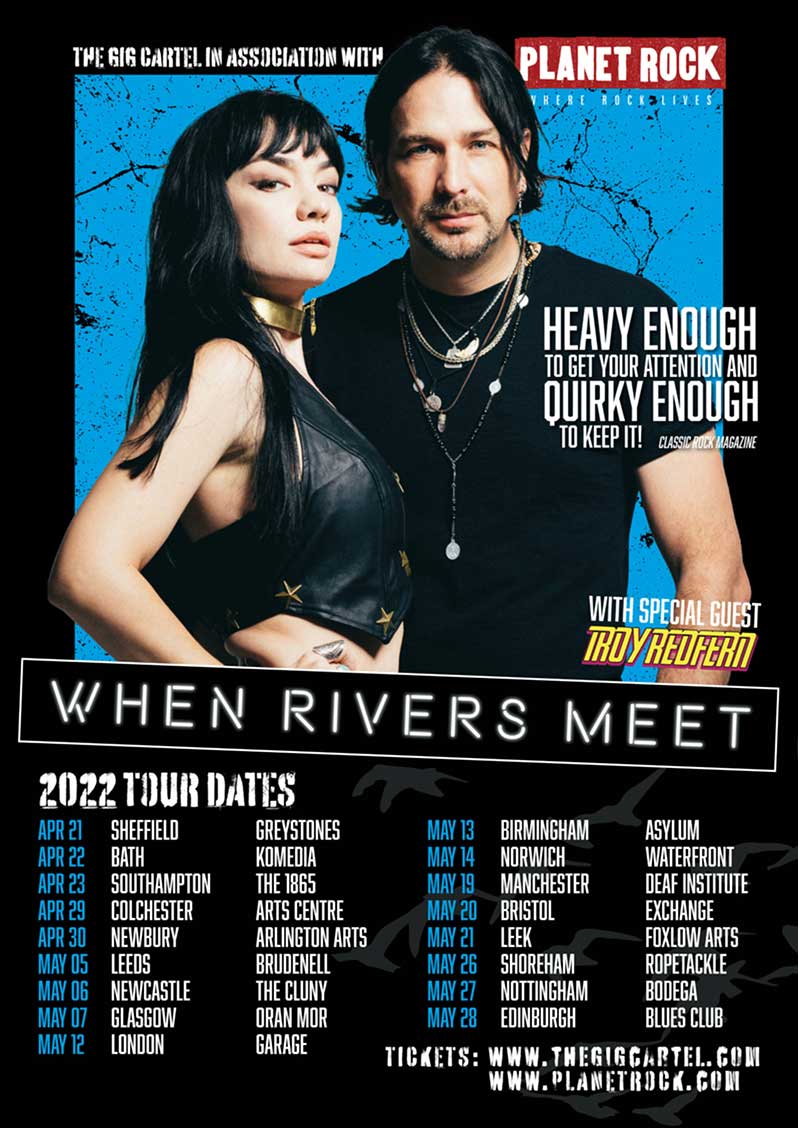