VARIOUS ARTISTS Into The Shadow Of Sun

VARIOUS ARTISTS Into The Shadow Of Sun 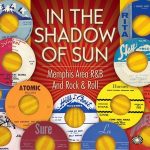 Following the success of Sun Records in Memphis in the 50’s, there followed an explosion in the number of indie labels who wanted to replicate the success that had gone before. The population of Memphis had spiralled and the time was right to test the waters with home grown talent on local labels, giving the residents new music, and the artist an outlet without having to travel to Nashville or Chicago. Labels such as Starmaker. Ekko, Modern, OJ, Von, Peak and the cheekily titled Moon were just some of the labels that appeared, only to disappear some years later. Fantastic Voyage, along with compiler Dave Penny, have put together In The Shadow Of The Sun, yet another of their 3 CD releases that offers 101 tracks from 61 artists. With 30 plus tracks per CD, each song is very short, as was the style in the fifties.

With such a deluge of talent, and with very few of those artists actually making the grade, the majority of acts here are obscure and therefore unknown to many of us. Little Milton, Roosevelt Sykes, Willie Mitchell, and Joe Hill Louis were the only names I recognised here, but it is easy to hear the influence that the Blues, amongst other styles had in the formation of Rock & Roll and Swing music.

I was born just a few years too late for Rock & Roll, and find that it doesn’t tempt me in any way, but nevertheless, there will be many fans out there for which this music lives. Discovering new artists will be a great find for them, and I’m sure this will fit their need.