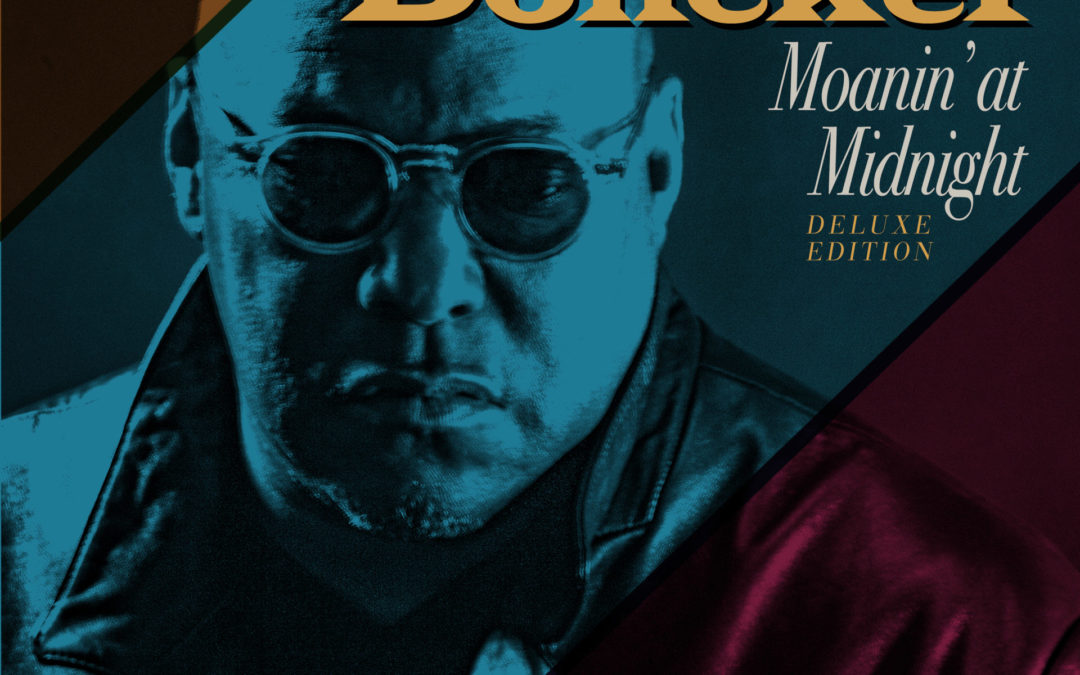 “EVIL,” the first video from Tomas Doncker’s new album, Moanin’ At Midnight – The Howlin’ Wolf Project (Deluxe Edition), spins a searing new take on the Willie Dixon penned Chester Burnett classic. Visually, “EVIL” is as dark as the song itself.

Keying in on the blood-boiling passions in the lyrics, Doncker and director/cinematographer William Murray deliver haunting results without a drop of blood being spilt. “We thought along the lines of: ‘If we could make this song into a graphic novel what would it look like?’,” he explains. “We wanted it to have a timeless sense, just like the story of the song.

The intense nature of it put us in the mind of Frank Miller’s Sin City; bleak, visceral and a visual gut-punch. We were leaving another shoot and in one of those old freight elevators, and it reminded me of Angel Heart. The elevator is like the descent into hell, and that’s what the protagonist is going through here as he looks for revenge.”

Sonically speaking, Doncker is all about reinvention when it comes to the blues. “I feel at home in the blues, but not as a traditionalist. I want to be more a part of the ongoing story of the legacy of the blues. The blues is a living tradition; from father to son, mother to daughter… it’s an oral history of the human condition, and because we’re all constantly evolving I don’t want to play it like it’s already been played.”

Q&A With BRIAN TEMPLETON
Proving His Dues To The Blues - vocalist, songwriter an...
Live From The Blues Matters Stage at Jaks, Skegness 2019
FRIDAY 18TH JANUAR...
THE BISHOP'S BLUES
THE BISHOP RECOMMENDS 4 NEW SINGLES TO BEAT THOSE CORON...
WILLE & THE BANDITS Release Double A-side Single
To coincide with the start of their Spring 2020 UK Tour...