The Ruf Blues Caravan 2022 Rolls On through final German dates 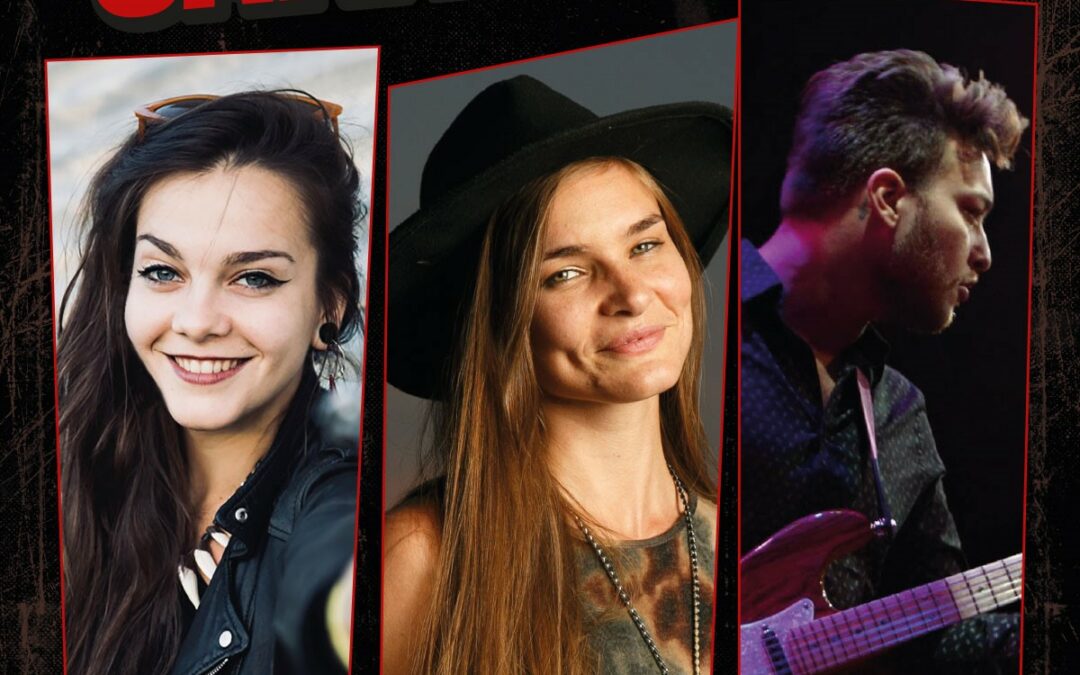 Seventeen years since Ruf Records first had the brainwave of a showcase tour, the Blues Caravan concept remains rolls on. Three rising stars from the roster of Europe’s most respected boutique record label, performing three live sets that run the gamut of emotion and genre. And as the finale each night, the mother of all live jams, with all three performers cutting loose together – and inviting the audience to do the same.

Through her many years of living and touring in the United States, Brussels native Ghalia Volt has been able to soak up the grooves and vibes of the blues like few Europeans before her.The singer and guitarist made her first big splash fronting the New Orleans-based outfit Mama’s Boys and solidified her reputation as an exceptional talent with chart-topping 2019 Billboard Blues release, Mississippi Blend. In early 2021, she released her wildly praised One Woman Band album, recorded at the prestigious Royal Studios in Memphis. The album found her working alongside such legends as the Grammy-nominated Cedric Burnside. The record peaked in the Billboard charts at #3mand showed off her multi-instrumentalist skills playing drums, slide guitars and singing simultaneously, literally a “one-woman band.”

New Jersey’s Katie Henry is equally at home on piano as she is on her Gibson SG guitar. She is adept at the genres of rock, roots, R&B, soul, funk and pop. You might catch flashes of a young Bonnie Raitt in Katie’s Blues Caravan performance, but with her raw charisma, heart-on-sleeve songcraft and jam chops hard-won on the NYC circuit. This is one artist earning a reputation on her own terms. In January she release her first Ruf recording, On May Way to critical acclaim. Americana Highway stated that “Katie keeps a musical genre over 100 years old in focus with her shimmering performance.” And As Katie opines, “Music has always been about freedom and expression for me, and when audiences leave my show feeling expressed and more connected to themselves and each other, I know I’ve done my job.”

The ink on Will Jacob’s record deal with Ruf was barely dry when he was asked to join the 2022 Blues Caravan. At 28 years old, this modern blues/R&B/soul artist from Chicago is best known for his powerful live performances. Whether he’s playing clubs/festivals, performing with other world-class musicians, doing sessions, or composing, Will always looks forward to sharing his passion for music with his audience.

Although there are few tourdates on the final leg, we urge you to come check out a night chockfull of talent. See them before they’re huge!