The Damn Truth release new album in May 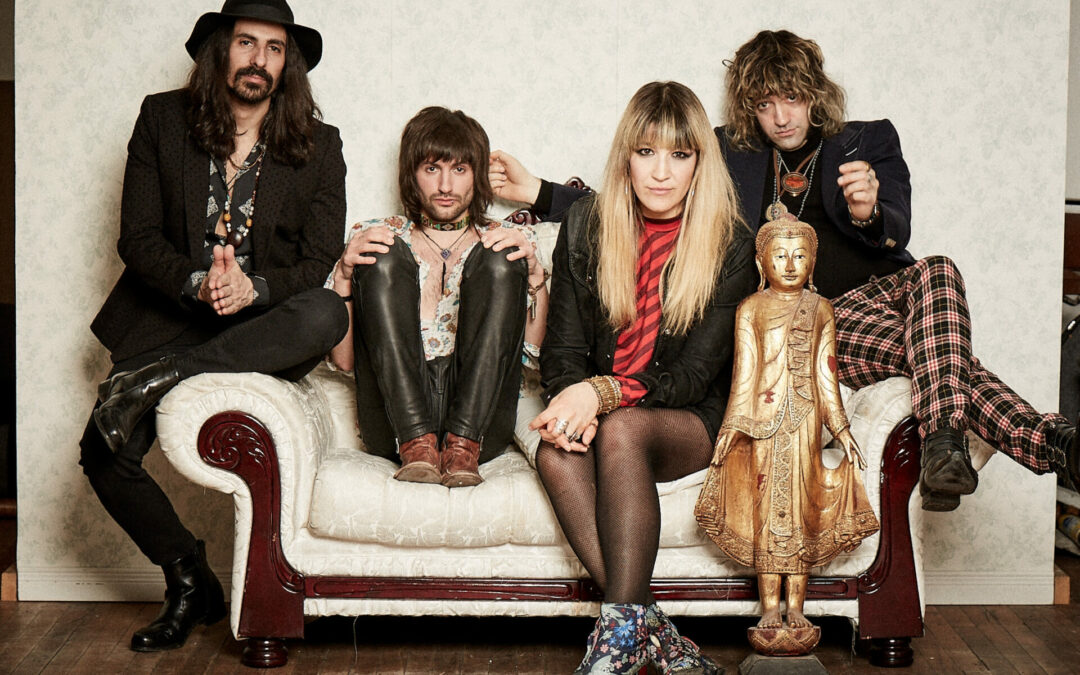 Pre-save the single / Pre-order the album

“Now or Nowhere” is the third album from Montreal’s The Damn Truth, a band that, in many ways, has been hiding in plain sight for the last nine years, slowly bubbling up from the underground on to the radar of a wider audience.

“Now or Nowhere” chronicles the band as they navigate life, love, and everything else in a world gone seemingly upside down and sideways during the past year.

The Damn Truth have extensively toured Europe and the USA, opened tours for ZZ Top (and partied with Billy Gibbons in his pyjamas), the Sheepdogs, Styx, and Rival Sons, sold out the legendary Whisky a Go-Go in Los Angeles, sold out the Corona Theatre in their hometown of Montreal, and even had one of their videos featured on the official Janis Joplin Facebook page. It’s a culmination of a lot of blood, sweat and tears that’s come fruition with “Now or Nowhere”.

“We are fortunate enough to live in a time where knowledge is free, and you can basically learn how to do everything yourself,” says guitarist Tom Shemer. “It was instrumental for us as a young band with no budget. We had to make and shoot our own videos, produce, and record our own releases and do all the promo ourselves. The by-product of this was that, in a sense, we were the artist, record label and distributor of our art, which allowed us to have insight into what it means, what to expect from a record label, filmmakers, etc.”

That DIY attitude appealed to Bob Rock and was reminiscent of his early days working with indie bands during his formative years in Vancouver. He was so impressed with The Damn Truth’s attitude and songs, and with Lee-la’s voice, that he decided to record them live off the floor, in keeping with the band’s ‘70s rock roots. This allows for a better band dynamic and ensures the bed tracks have that powerful live gig energy that’s so crucial to the Bob Rock sound. Bob refers to it as “getting the feels.”

“He just got us, what we were about, what we were trying to do,” Lee-la recalls. “He was all about the music and having the band support the song every step of the way. He had a clear vision but was also very open to our suggestions and ideas.”

“I remember our first phone conversation. We were all like giddy teenagers, but his vibe and attitude immediately put us at ease. Same thing in the studio — those first few moments of shock: ‘OMG, we are recording with Bob Rock!!’ Pinching ourselves in disbelief quickly turned into, ‘Yes! This is going to be awesome because he is so awesome.”

He was inviting and encouraging, enthusiastic and excited, like we were! Bob was like a kid in a candy store, pulling out all these incredible vintage guitars and gear. ‘Try this one out for size,’ and so on.”

Although the first single, “This Is Who We Are Now”, sets the tone, it is actually “Only Love” that sets the theme (“Only love can keep us going/So if we hold on, it’ll be all right.”) A melancholy song in its demo version, Bob Rock suggested a refocus that brought out its true potential.

“I think we were all scratching our heads in disbelief when he wanted us speed it up that much,” says Tom, “but today I can’t believe we ever played it any other way, and it’s so hard-hitting and rocky now. I love what Bob brought to the table.”

The first single “This Is Who We Are Now” is a song of empowerment and inspiration.

“We were in serious performance withdrawal. After being on the road for years and being used to playing shows just about every night, it didn’t feel right to not be performing.” Lee-la says. “We set this goal for ourselves: to release a video a day for a month, or something like that. It gave us a purpose and it was fun to get dressed up, revisit some of our favourite rock songs, and be reminded of others once the suggestions started coming in. It was awesome to see the numbers go up and to get so much positive feedback from new fans all over the world. What we learned was, you’re going to find your tribe if you look hard enough.”

In so many ways, a rock ‘n’ roll tribe of love and community is something we can all be a part of, right here, right now.