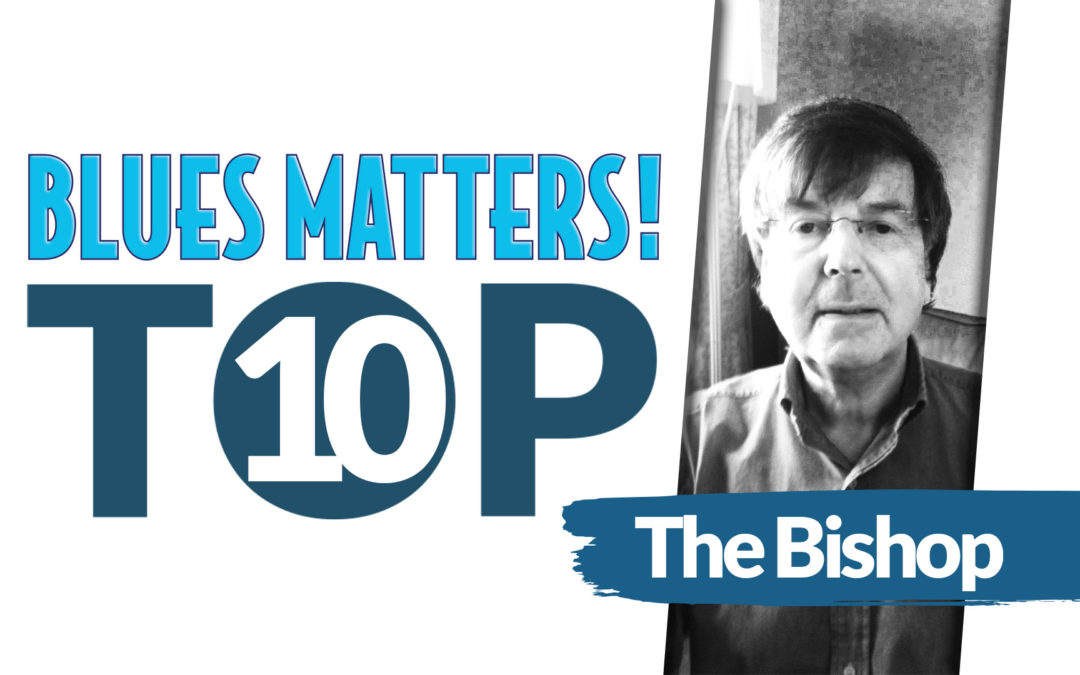 My love of the blues started with this 1962 classic vinyl EP, The Blues Of John Lee Hooker by the greatest all-time blues superstar. Listening to the 1948 recording changed everything forever and I became a blues aficionado for the rest of my life.

When I discovered Mayall’s debut live album, John Mayall Plays John Mayall the world of British blues and the succession of brilliant musicians in his band opened up in front of me. I can still feel the vibe of the saxophone, harmonica and guitars on Chicago Line; half a century later it remains one of the most atmospheric live blues albums of all time.

An important legacy of the British blues explosion in the 1960s was the emergence of a new breed of guitar gods led by Alvin Lee, “the fastest guitarist in the west”. Alvin was brought up listening to his dad’s collection of Lead Belly and Big Bill Broonzy records and these influences are evident in his immortal blues composition featuring George Harrison on slide.

4 – Grainne Duffy: Where I Belong

The Irish chanteuse sings with emotion and intensity, has dazzling axe skills and plays with the spirit of her legendary compatriot Rory Gallagher. Grainne’s unique blend of blues, rock, country and Celtic influences is what sets her apart and this title track from her latest album epitomises her unique talents.

This year Statesboro born, Cambridge based folk, Americana and country blues singer, songwriter and guitarist Brooks Williams celebrated 30 years as a musician with his 29th album Work My Claim. It was Dave Alvin who penned the timeless classic, King Of California but this version takes the song to a new level with the ethereal backing of mandolin and fiddles.

The 2018 album The Blues Is Alive And Well proves that the most revered and influential bluesman on the planet still has what it takes at 83 years of age. Guy has released as many albums as his 50+ years in the business and thoroughly deserves the title of the most overused word in blues journalism, ‘legend’, more than any other proponent of the genre. Let’s hope he has many good years left.

7 – Giles Robson: Don’t Give Up On The Blues

The jaunty title track of this Number 1 album promotes the healing qualities of the blues, the optimistic message enhanced by Bruce Katz’ joyful and inspirational piano accompaniment. Robson is well worth his place in blues harp history as a world-class performer following his signing to Alligator Records and sensational live performances with Billy Branch.

This outstanding track from their Lilly EP proves that these rumbustious folk-funk-pop-rockers can play the blues as well as any band with frontman Conrad Bird both steeped in, and a leading exponent of, the genre. The EP also includes a sumptuous version of the African/American gospel song, Ain’t No Grave.

Ruby is one of the UK’s most popular singers and she has an impressive back catalogue of blues albums. On the title track from her 2020 release, the blues run very deep with its reflections on love and why neither party can let go. Ruby’s breathtaking vocals have virtuosic range, intensity and timbre; she is right at the top of her game.

This award-winning British blues band are at last gaining the reputation they deserve with the release of the groundbreaking Chameleon album, their best yet. Amazon Woman is the ultimate road warrior song with ‘superhero’ Zoe Schwarz at the centre of this apocalyptic maelstrom, guitarist Rob Koral at her side providing the searing, slash and burn licks.