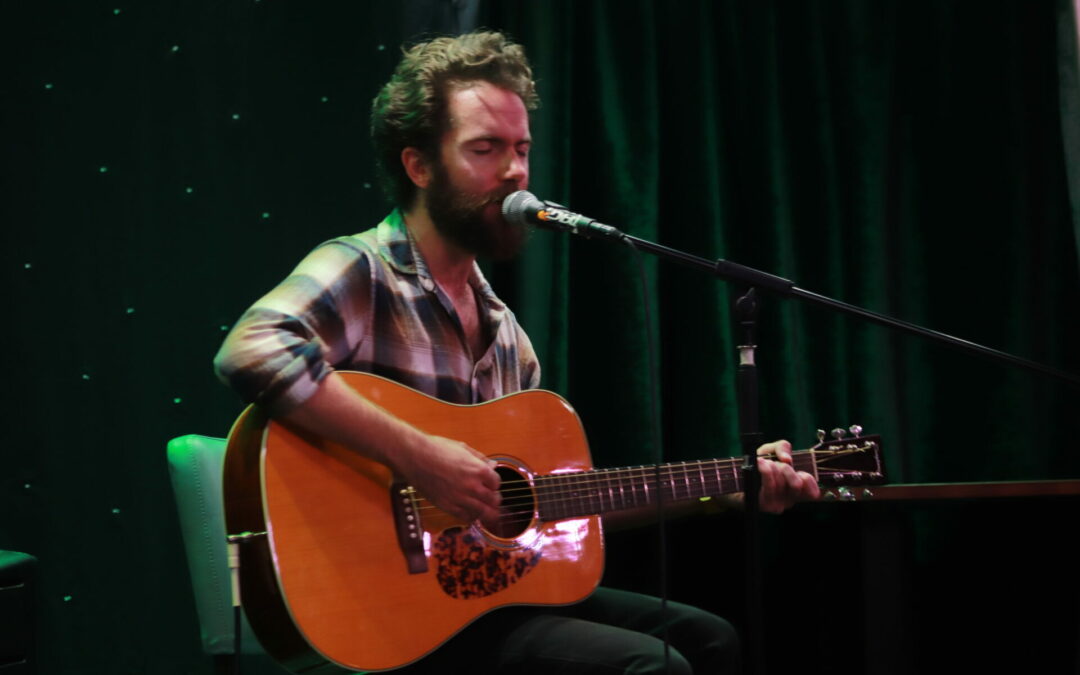 Well, this was another first for the Club, a Stripped-Down Blues session at a new venue. It was decided let’s do some raw and more “listener friendly” events in a seated environment on a Sunday afternoon. Well Leith Dockers Club certainly fitted this bill and more for the attendees. A smallish but very appreciative audience was entertained by firstly Sister Gavin & The Gator (along with special guest Scott Ashworth) and then by local blues celebrity Jed Potts, who offered up two sets of solo work, and even played an acoustic guitar. Certainly, something for everyone here and as a taster session it went very well, some issues with the sound but nothing drastic. A great day for the blues started off with Iain Donald & Scott Ashworth playing some tunes, Scott taking over vocals and Iain adding wonderful slide guitar, two bluesy tunes and one Americana type added to the feel of a laid-back atmosphere. Scott’s original, The Devil Don’t Deserve Me, should get special mention. Scott made way for regular sidekick and singer Adele Gavin; there had been some concerns she would not be able to do the event as she is near her due date for delivering her baby. This did not put her off and they went straight into a rendition of their single Walking Free, just stunning in lyric formation and vocal delivery. Stormy Monday was well appreciated. Keep Your Lamp Trimmed And Burning, took us to the Church, some great vocals here. They also did a great version of Love Me Like A Man, some fine slide work accompanying sassy slinky vocals. A great set of traditional blues songs played to perfection what more do you need on a Sunday afternoon!

After a short break it was on with the music. Enter Jed Potts to the stage, this time without a safety net of a band supporting him. An expectant hush greeted the intrepid Edinburgh blues troubadour, he was up for this challenge and more. His two sets were varied in style and musical structure and showed no letting up when he let rip on his electric guitar and also played acoustic guitar, this was especially interesting; have seen him in so many guises but doing acoustic, well he was just a natural. He started with some North country blues on Driftin’ some solid tone here. Then chord changes galore on the New Orleans styled How’mi’mentuh. He dusted down another original, Look What Cha. Next was a first airing for a new tune, Together, this had a soul/funk vibe going on, very upbeat tune great lyrics. Ohio was a rocky interpretation of Crosby, Stills, Nash and Young’s one followed by a full throttle take of another Neil Young song Cinnamon Girl, two difficult songs to sing but Jed got away with a fine interpretation. Then an instrumental, The Blessing Of The Fleet. Second set opener was a newer single, It Won’t Be Long, a very upbeat tune with a twist, dark lyrics portraying his baby’s demise, such a good song full of blues! Then he picked up an acoustic guitar and offered up a country type song but dealing with astrological references, a real tearjerker Zargalon. Talkin’ Apollo 13 Blues was delivered with aplomb. Such a well-crafted tune, great lyrics and some fine guitar playing, he really looked like he was enjoying this one, a real crowd pleaser. Coconut Island saw Jed doing some ragtime blues, this man is so talented and doing this solo proved no problem. For remainder of set he used electric and went heavy rock on Magnatize, a project he is doing with another band Under-Volt, the song Kerosene had its first airing and was a real ear opener, he blasted this out. To The Mountains had a southern rock feel. Then it was back to the blues for his last song,The Fastest Outlaw. There was even time for an encore of PoBoy Blues, exhibiting his talents with the twelve-bar blues chord notation. It was a great set and on speaking with Jed later, he summed up his experience thus:

“I don’t often get a chance to play solo and it was so great to be able to do so in front of such attentive crowd. This allowed me to play some of the things that I can’t really do in a noisy pub gig. It was really cool to be able to play some new tunes for the very first time. I think these new Edinburgh Blues Club ‘Stripped Back’ shows could potentially be similar to what comedians call a ‘workout room’, where they try-out new material in its raw, unfinished state. This would be great for the musicians and also provide a different kind of show for the Edinburgh Blues Club audience.” 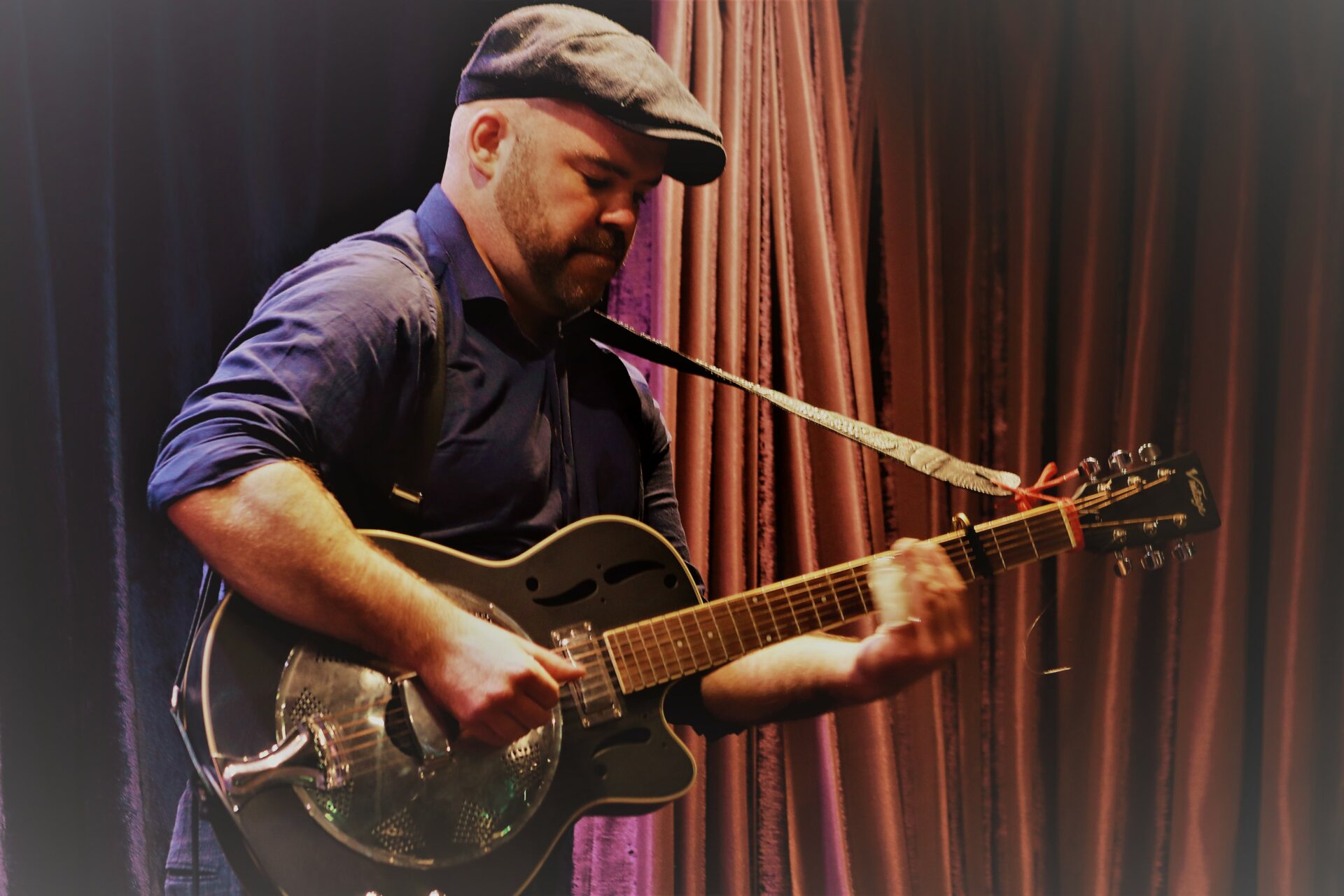 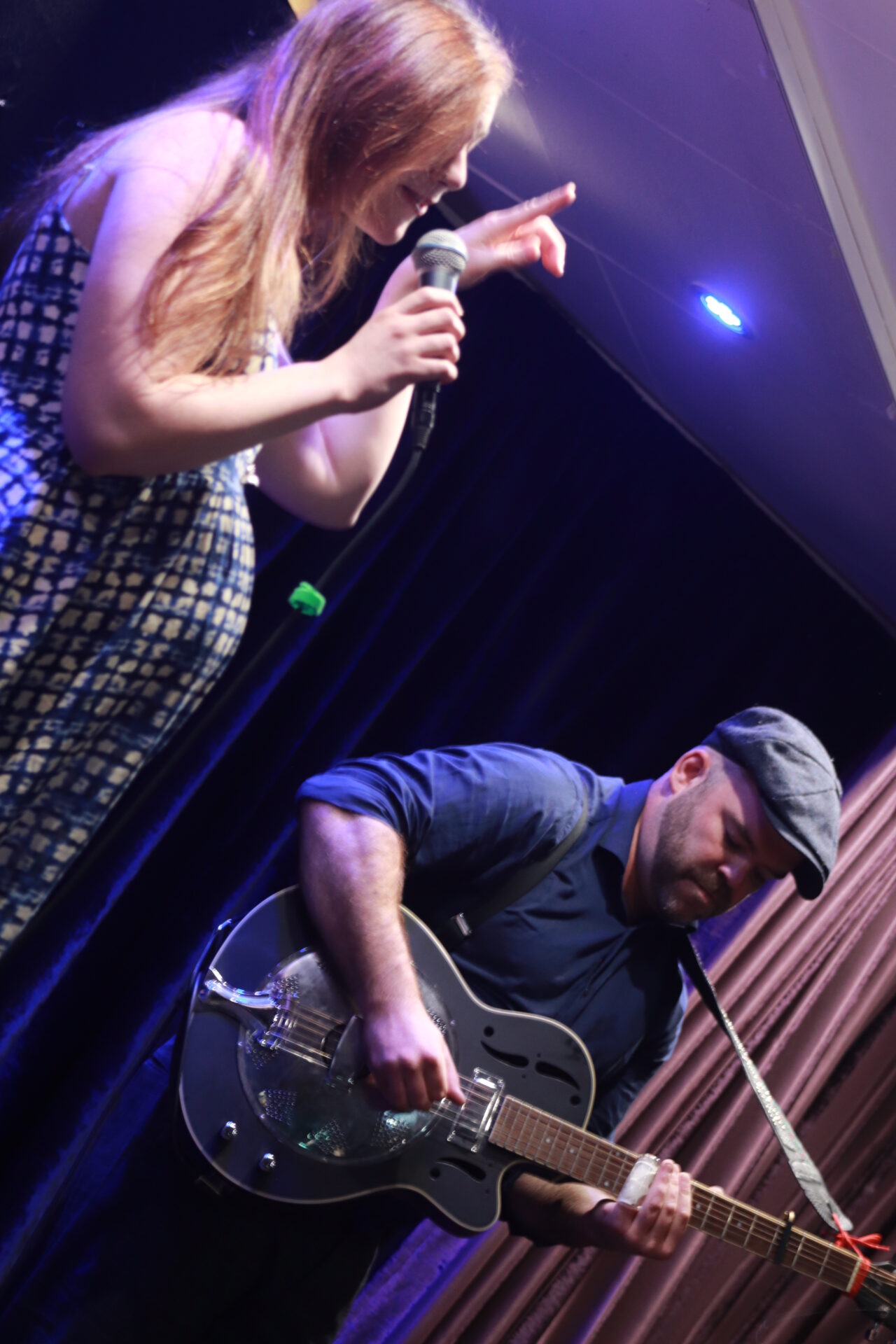