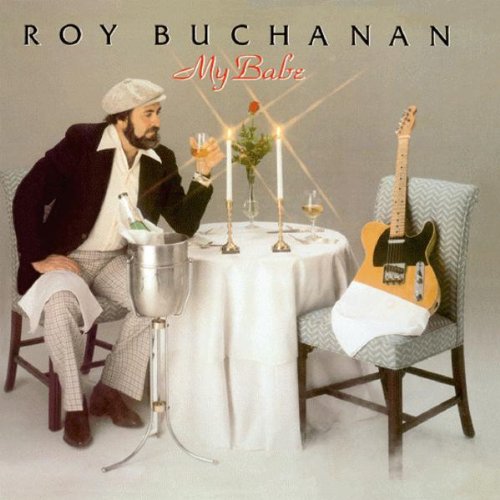 One of the great moments in guitar playing history occurs when Telecaster man Roy Buchanan seems to explode with sheer pain during a solo on a version of Neil Young’s Down By The River. You have rarely heard such a desolate sound.

So a release from the late Arkansas master is ever welcome and this album shows off his style and touch rather well.

Starting a set that’s been out of print since 1990, You Gotta Let Me Know is a steady chug of a number sung by Paul Jacobs the line-up’s keys man. At 1:30 Roy comes in with a pinched-harmonics and trilling axe break that lifts the tune up straight away.

Willie Dixon and Little Walter had already made My Babe a club favourite, of course, and here Buchanan spins into it at a brisk pace as if he was guitaring for Steppenwolf. The vocal is strong and the guitar solo’s sharp as a tack. Very listenable indeed.

On to It Should’ve Been Me and a soft funk ballad finds the guitar ace chattering away over the rolling tempo with the piano tinkling away amongst Hammond chording and melodic mid neck bass runs from Gordon Johnson.

Secret Love has a lovely piano intro and finds Roy at his most melodic on the old show ballad.

Dr Rock & Roll is a tuneful and pacey song in a Bob Seger style and it is a fun listen. Dizzy Miss Lizzy is taken at a rocking gallop, with plenty of juicy guitar fills and the rhythm keeping it all tight. Within a minute Roy is off with a run of snappy phrases that exude wit and spontaneity.

Blues For Gary is dedicated to Gary Marx who had helped with the recording project. Swelling notes per the volume knob start the piece and it’s easy to spot this man’s influence on Jeff Beck. Such expressive playing and no technique for its own sake.

Then My Sonata which is an atmospheric journey into a cinematic territory, based upon a beautiful melody and elegant piano. The guitar takes clipped damped phrases and tumbles them at the listener with a regal finesse. True artistry.

Rounding out the set as a bonus is a 30 min chat from 1980 on the release of this record.

He was once asked to join The Stones, y’know.