ROOTS AND THE FRUITS 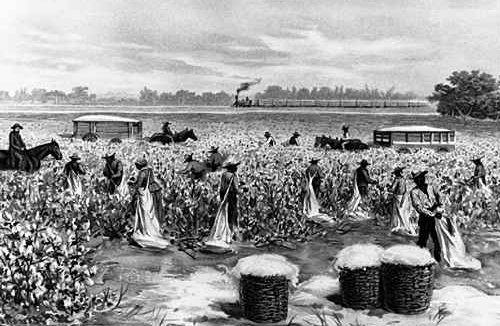 When we talk about blues music, we automatically lean our minds towards the Mississippi Delta and quite rightly so for that is where the American blues scene first came into existence. The slaves working in the cotton fields and living in and around the sharecropping communities began a ‘Field Holler‘ as a means of communication between themselves that over time became more musical through the church services that were attended by the migrant workforce.

But, even though this was the genesis of the American blues scene it had manifested itself many years before that from much further afield. In fact, it all stemmed from West Africa from the likes of the Jora tribe that had developed the ‘Field Holler‘ as a means of call and response.

During this period such instruments as the Ngoni and banjo were used as part of the musical heritage of the region. This gave birth to what we now call the blues. From such unthinkable beginnings came a genre of music that has lasted for over 150 years.

Indeed, one of the most acclaimed tunes regarding blues and gospel music began its life in West Africa as a warning song to the people working in the fields in order for them to avoid capture from the overseeing landowners.

The song we now know as Wade In The Water was an emergency call to immerse themselves underwater so as to avoid capture.

As we all know the slave trade began in earnest and resulted in people from West Africa being enslaved and transported to America to work in the cotton fields of the Mississippi Delta. The first known enslaved people arrived between 1870-1890 and were the originators of what we now call the blues. During this time the blues manifested itself into what we know today.

In Mississippi, the slave workers developed what was already well known to them from their roots in West and North Africa into a more common sound. For instance, the use of a knife blade along the strings of a rudimentary guitar became the norm and is still alive and kicking nowadays but in the form of the slide guitar.

It can be argued, who was the first person outside of slavery that heard the blues and began to listen with interest and start bringing the genre to a wider audience. Some say it is the Godfather of the blues, W.C. Handy. Others point towards Jelly Roll Morton who definitely started playing a style of the blues around the turn of the century. Jelly Roll Morton recounts the tale of hearing a prostitute singing the blues at around 1900 with the lines… “can’t give me a dollar, give me a lousy dime/you can’t give me a dollar, give me a lousy dime/just to feed that hungry man of mine.”

In and around that time W.C. Handy heard Yellow Raw Blues which later became Yellow Dog Blues in Tupelo, Mississippi. All of the songs around that period had African elements within them having been brought to America and passed down through generations of slave workers. Yellow Dog Blues became a sort of ragtime tune as opposed to a straight blues song but the blues DNA was still running right the way through it.

Going from West Africa to Mississippi, the blues has been well documented throughout the years but what is really good to know is that in places like Mali the blues still retains its true beginnings and meanings. This is no more evident than in the African musician Ali Farka Toure. His style of singing and playing could  so easily have been heard in the deep south of America instead of West Africa.

Born in 1939 in Timbuktu, Mali. He is widely regarded as a musical bridge between the two continents that between them produced a genre of music that spans the whole world and is ever-growing amongst new audiences. His album African Blues, released in 1990 optimizes the true DNA of African and American blues as we know it today.

Even to this day, African blues festivals attract fans and artists from all around the world. Artists such as Eric Bibb, Eric Burdon, Justin Adams, and Robert Plant to such far-out places that are virtually only accessible by following camel tracks in the desert. It is almost unbelievable that the whole of western musical culture owes its life and history to places that we have hardly ever heard about.

It’s like things have gone full circle encompassing the blues from birth to life and back again. And the amazing thing about all of this culture of blues music is that it can  literally trace its biological DNA from West Africa to the Mississippi Delta through the people who live on both continents.

This is so evident in the song written by J.C. Johnson and recorded by Bessie Smith in 1930, Black Mountain Blues. The song has such strong elements of Africa and the journey to its cultural new home of the deep south.

To close this short journey through the birth of the blues one must not forget its origins. From West and North Africa across to the vast plains of the Mississippi Delta, and the blues can trace it’s humble seeds to the mighty rivers and cities that helped forge the blues as we know it today.

What is very important to remember is where it all began and where it comes from and it began in Africa, The Motherland of all civilization. That in itself describes just how powerful and meaningful the blues are. People often say I like the blues, but to like the blues you first have to understand the blues and feel the blues otherwise it’s just another form of music.